US Card Spending Volume peaked in 1Q18. Same story w $AXP at +10.34% YoY…has been decelerating since to just +5.96% YoY in 3Q19. There’s been a major downshift. Same on the Global Billings side. Very $TLT friendly & $XLF unfriendly. pic.twitter.com/YITM2q4DoF

US Confidence Tumbles To 7-Month Lows As ‘Hope’ Evaporates

…thanks to a small upward revision, October confidence slipped to its lowest since March with expectations weakest since January. 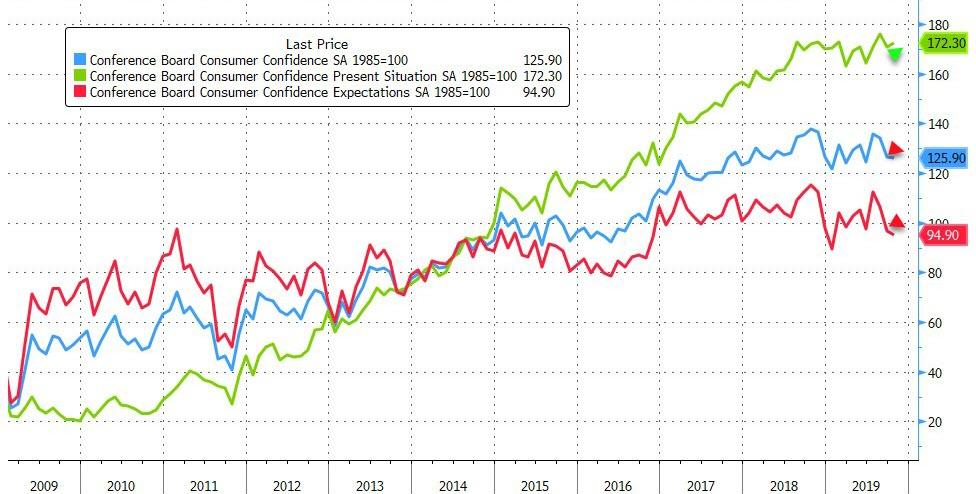 For the 17th month in a row – the longest streak since 2008 – US home price growth (in 20 major cities) has been unable to re-accelerate.