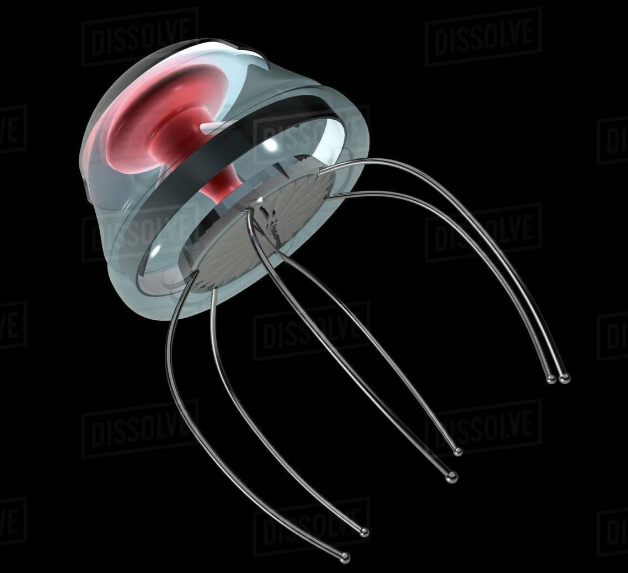 We’re getting in Dystopia fast. Remember, we are talking about a so-called new virus with a 99.9+ % survivability rate for healthy/fit people.

In search of ways to complement jabs or to treat patients who can’t be vaccinated, scientists have tested inhalable anti-Covid nanobodies on hamsters, saying they’re effective in fighting the virus by targeting its spike protein.

The promising new findings came courtesy of researchers from the University of Pittsburgh School of Medicine, marking the first time nanobodies have been tested for inhalation treatment of the coronavirus disease.

In a new paper published in @ScienceAdvances, researchers from @PittTweet showed that inhalable nanobodies targeting the spike protein of the SARS-CoV-2 coronavirus can prevent and treat severe #COVID19 in hamsters. t.co/jbsJ0H5cly pic.twitter.com/PcgKjjMdEF

What in the Hell is that?

Before you panic, these are not actually nanobots, as in nano-technology, but rather genetically engineered antibodies from an alpaca. Seriously, you can’t make this shit up.

So they are basically live-testing mutant antibodies from an alpaca. What can go wrong, except everything?

Following this line of thought, I cannot see the practical/moral difference between a government committing a crime against you and a government approving of crimes being committed against you by private actors.

At this point, they have already made it clear that “consent” is no longer an issue when it comes to the alleged coronavirus. No, they haven’t force-vaccinated anyone yet, but they are effectively force-vaccinating people by shutting them out of society using “private companies.”

It is clear now that there is some kind of bizarre human genetic engineering agenda at work here. It’s not clear what the purpose is. But the vaxx is not supposed to kill people (at least not immediately). It is killing a lot of people because whatever it is that they are doing to people is very dangerous.

Speaking of vaccines killing people, you probably heard about fatal blood clotting in Astra Zeneca/Pfizer jab recipients. People are dropping like flies after vaccination, but the powers that be are working hard at hiding the real numbers.

Well, there are all sorts of fancy theories about that, but here’s the deal:

The mechanism for rewriting DNA must happen in the cell nucleus. This isn’t advanced science, this is middle school science. Eukaryotic cells, the ones we have, store DNA in the cell nucleus. The spike protein instructions from the mRNA sequence must be delivered into the nucleus, or there is no chance the cell can be reprogrammed.

The mRNA vaccines are basically viruses, i.e. they are mRNA instructions coated in a protein shell, that attach themselves to healthy cells, and then proceed to deliver a new RNA instruction set that recodes the DNA of that cell to perform a new task that is different from its base biological function.

If the spike proteins generated by the genetic reprogramming are the problem, i.e. they provoke blood clots according to “science”, THEN ALL THE CURRENT VACCINES HAVE THE EXACT SAME PROBLEM.

What is really causing the blood clots is people whose immune system is fighting the foreign vaccine and the spike proteins being generated. You get too many dead cells in a tiny little tube, so you’re going to get clots. Macrophages, the cells tasked with killing foreign organisms, are huge. Those spike proteins need to be eliminated, and your immune system will be sending a ton of them out.

Symptoms of an infection are not from the pathogen, but the body’s response to it. Inflammation is the result of blood cells flooding an injured area to repair it.

This is basic biology and every doctor should know it. Sadly between saving a patient and making lots of money, making money wins out most of the time.

Any real immunologist will tell you that we barely know anything about the inner workings of the body’s defense system. Calling modern medicine advanced is foolish. Some of our great advancements have later been found to either not work at all, or actually cause more harm than good. If you give someone with mental instability the wrong drug, and you can really screw them up. Even cause them to commit suicide.

I’ve always asked people who think doctors are infallible, why do they always tell you to get a second opinion?

The infection being called Covid can be easily treated with a combination of readily available drugs. Ivermectin, steroids, and antibiotics have shown to eliminate any infection in dozens of peer reviewed trials.

The CDC admitted that 95% of recorded Covid deaths were listed with comorbidities. 47% of them were pneumonia and or influenza. 18% were sepsis, and 9% dementia. The CDC also noted that the other 5% that listed only Covid as a cause of death, may have had comorbidities that weren’t listed.

So every Covid death may have been caused by other things.

If the state of emergency ends, you can’t run a PCR test for Covid.

They were never FDA approved for that purpose. You can’t jab anyone with a Covid vaccine, because they aren’t approved. You can’t force anyone to do anything, because there would be no emergency powers.

Big Pharma would lose at least $20 billion in vaccine revenue.

The CDC states that an emergency cannot be declared for a disease that has readily available treatments. Ivermectin means there can be no emergency, no pandemic. That means no emergency powers, no vaccines, no tests, and no restrictions.

That is why the media will not report on it.

A lot of doctors would rather kill their patients than give them ivermectin. The hospital administrators want the Fedbux for Covid. Giving them $3 worth of ivermectin to cure them means no $45k guaranteed payment from the government.

No doctor wants to be the person who cost their hospital $45k per patient. That 65 year old guy that can still breathe on his own is going on a ventilator.

If you think a hospital cares about you, you are dead wrong. The only thing you are when you walk through the door is a dollar sign.