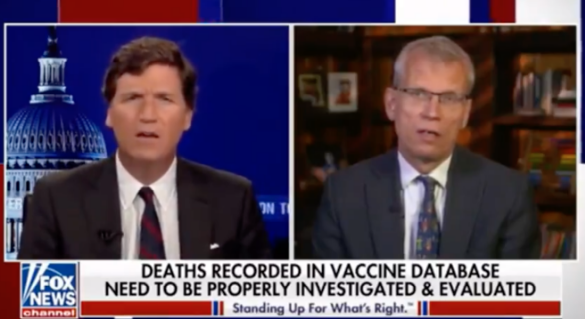 Bodily autonomy is a serious issue. If you allow governments and private corporations to force-medicate you, you’re no longer a human being, but cattle.

Tucker Carlson on Wednesday broke the silence on Covid vaccine deaths, as he pointed out that according to VAERS data (the CDC Vaccine Adverse Events Reporting System in case you don’t know) approximately 4,000 Americans have already died as a result of taking the Covid vaccine.

Interestingly enough, the monologue is not available on Fox News’ official YouTube channel, most probably due to YouTube’s policy of banning any negative talk about Covid, vaccines and the like.

However, you can find it on BitChute, the free speech alternative to YouTube.

Here’s the link just in case.

Interestingly enough, Carlson not only mentioned the deaths from vaccine, but also reported to his huge audience that it is borderline illegal to report on these government numbers, which is another scandal into itself.

He even said that LifeSiteNews (a great place to get intel on covid stuff) was recently banned from Facebook for posting the VAERS numbers.

What’s shocking and largely unknown by normies is that covid vaccines are responsible for more deaths than from all previous vaccination campaigns in America over the last 30 years combined.

Tucker also said that critics of the VAERS system have estimated that it only reports less than 1% of total adverse events. Hence, the real figure of deaths from covid vaccines may be in the tens of thousands, easy.

Another important thing that Tucker mentioned in the monologue is that the VAERS system is flawed to the point of being actually ridiculous, and that the government is outright refusing to make any attempt to keep track of the effects of these experimental drugs.

Basically, everything the general public is told about covid vaccines is Big Pharma propaganda, marketing, PR or whatever you want to call it.

The media often claims that the VAERS database somehow isn’t real because it is self-reported (many of the reports are done by doctors by the way).

The media lies when they say the vaccines have been tested and approved. There hasn’t been a single FDA approved trial. If the emergency declaration is rescinded, Pfizer can’t sell a single shot.

See also  Trump just MURDERED the media narrative that there's tension between him and Gov. DeSantis by calling it "TOTALLY FAKE NEWS"

But this is what you get with a population that has been dumbed down.

Since over 99% of people survive “covid”, the vaccine can only hope to save a fraction of 1% of the people. The guy with stage 4 pancreatic cancer who tested positive for SARS-CoV-2, wasn’t going to live if you shot him up with a mRNA “vaccine”.

There is no purpose for this vaccine. Not one single person on earth knows what the long-term effects are, because there were no long-term trials.

By the way, the tests for Covid say in their own technical documents that they cannot be used to diagnose a disease, so you do the math. 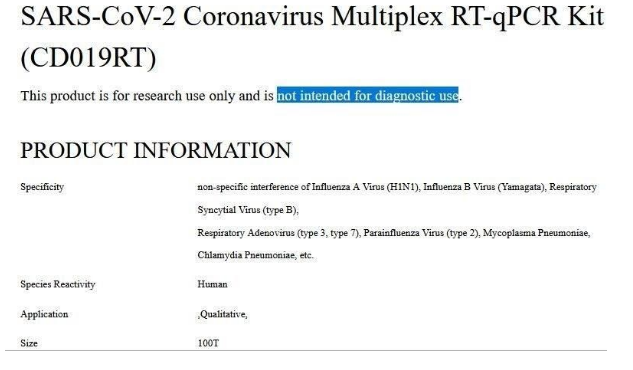