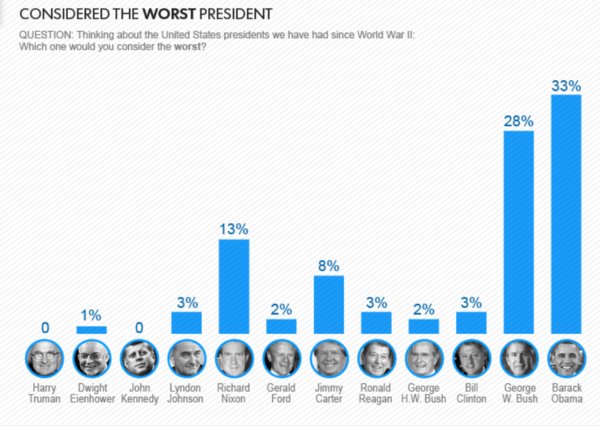 President Obama has topped predecessor George W. Bush in another poll, but not one he would like.

In a new Quinnipiac University Poll, 33% named Obama the worst president since World War II, and 28% put Bush at the bottom of post-war presidents.

“Over the span of 69 years of American history and 12 presidencies, President Barack Obama finds himself with President George W. Bush at the bottom of the popularity barrel,” said Tim Malloy, assistant director of the Quinnipiac University Poll.

Of course, Obama and Bush are the most recent presidents; historians will tell you that it takes decades to truly measure an individual president’s performance.

Wrecked the economy and ruined healthcare.