A total of 8,761 documents have been published as part of ‘Year Zero’, the first in a series of leaks the whistleblower organization has dubbed ‘Vault7’.
In a statement WikiLeaks said ‘Year Zero’ revealed details of the CIA’s “global covert hacking program,” including “weaponized exploits” used against company products including “Apple’s iPhone, Google’s Android and Microsoft’s Windows and even Samsung TVs, which are turned into covert microphones.”
The time period covered in the latest leak is between the years 2013 and 2016, according to the CIA timestamps on the documents themselves.
Secondly, WikiLeaks has asserted that it has not mined the entire leak and has only verified it, asking that journalists and activists do the leg work.
www.wikileaks.org/ciav7p1/
Weeping Angel:
– Surveillance technique that which infests smart TV’s transforming them into microphones.
– An attack against Samsung TV’s used “Weeping Angel” in cooperation with MI5, placing them into a “Fake-Off” mode, recording conversations even when the device appears to be off.
– Jointly developed CIA+MI5 malware infests Samsung smart TVs to turn them into covert microphones.

Umbrage:
– With Project UMBRAGE, the CIA can leave “digital fingerprints” to direct suspicion of hacking to a different group.
– CIA’s #UMBRAGE collects attack techniques ‘stolen’ from other states incl Russia.
– CIA uses techniques to make cyber attacks look like they originated from enemy state. It turns DNC/Russia hack allegation by CIA into a JOKE. 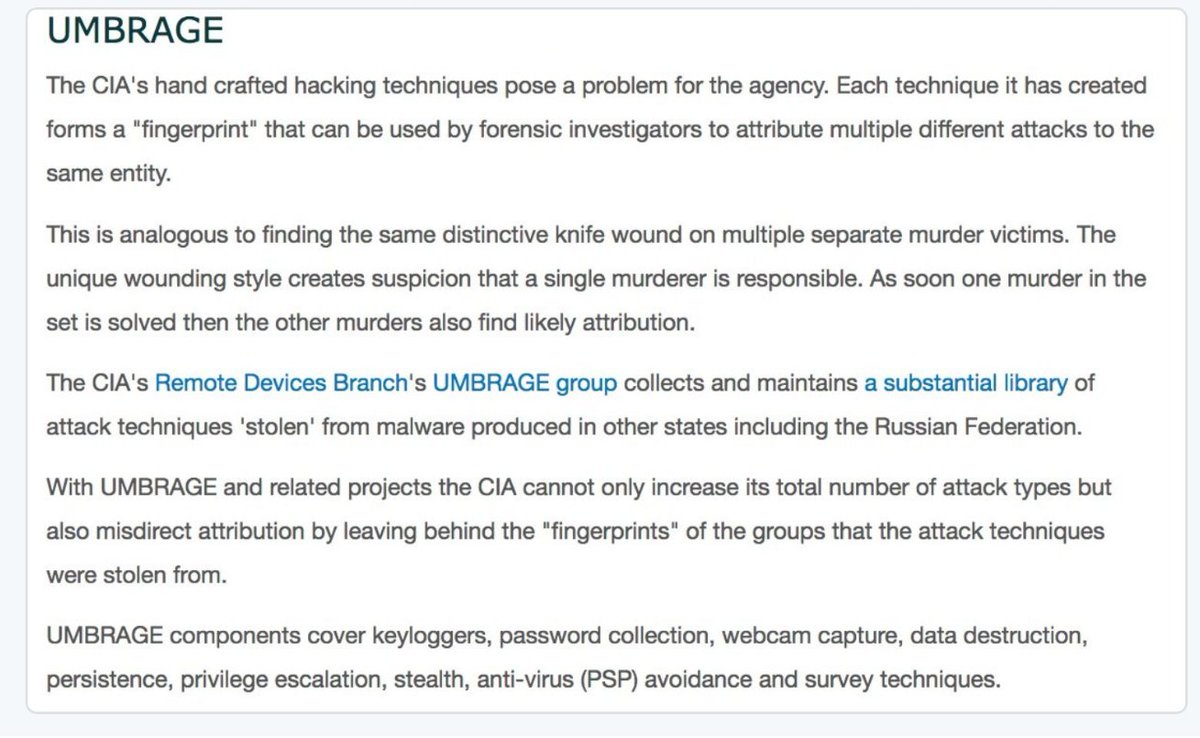 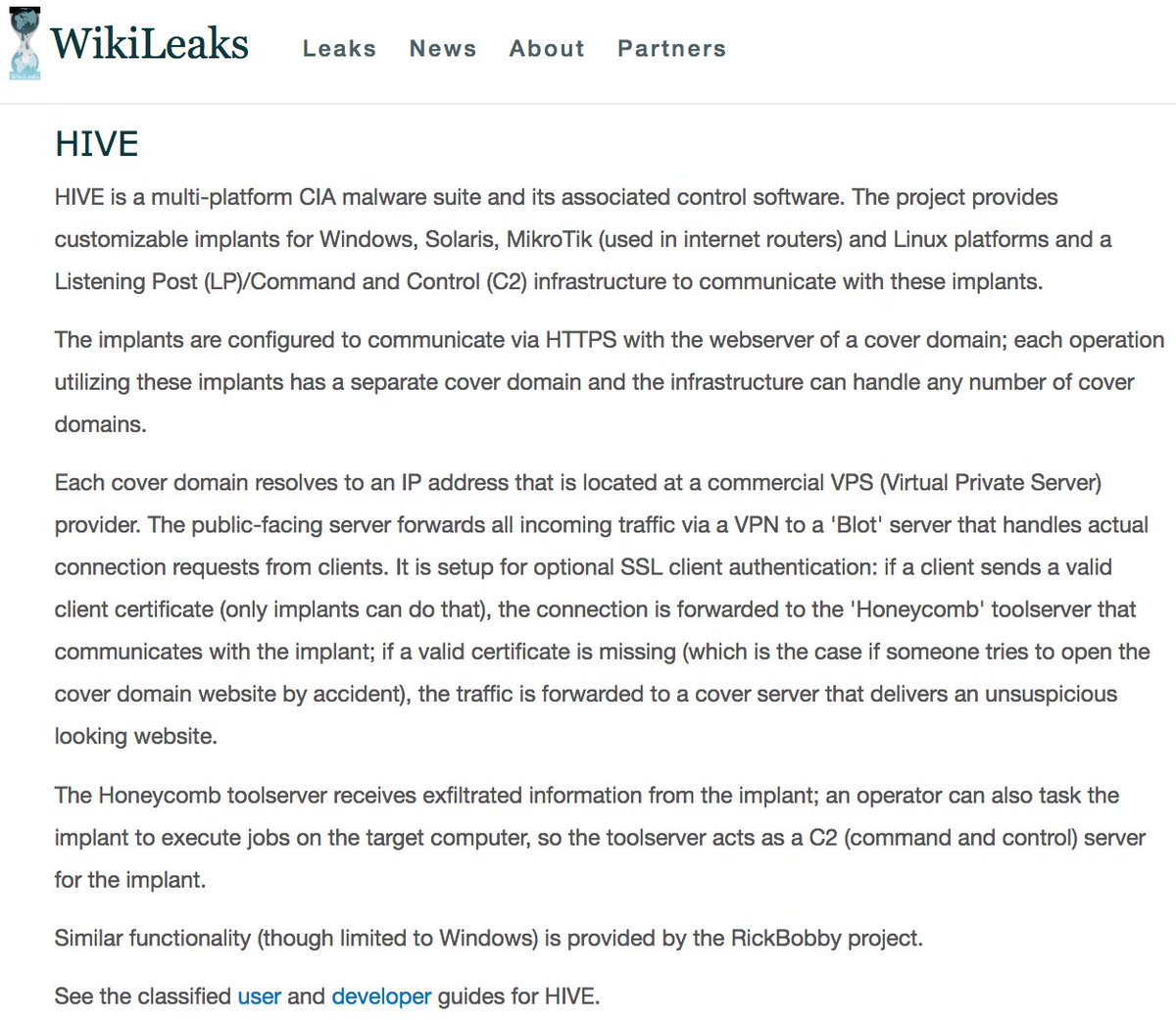 Smartcars:
– WikiLeaks revealed that the CIA was developing tools to not only hack smartphones, but also hack & control (and crash) smart cars. 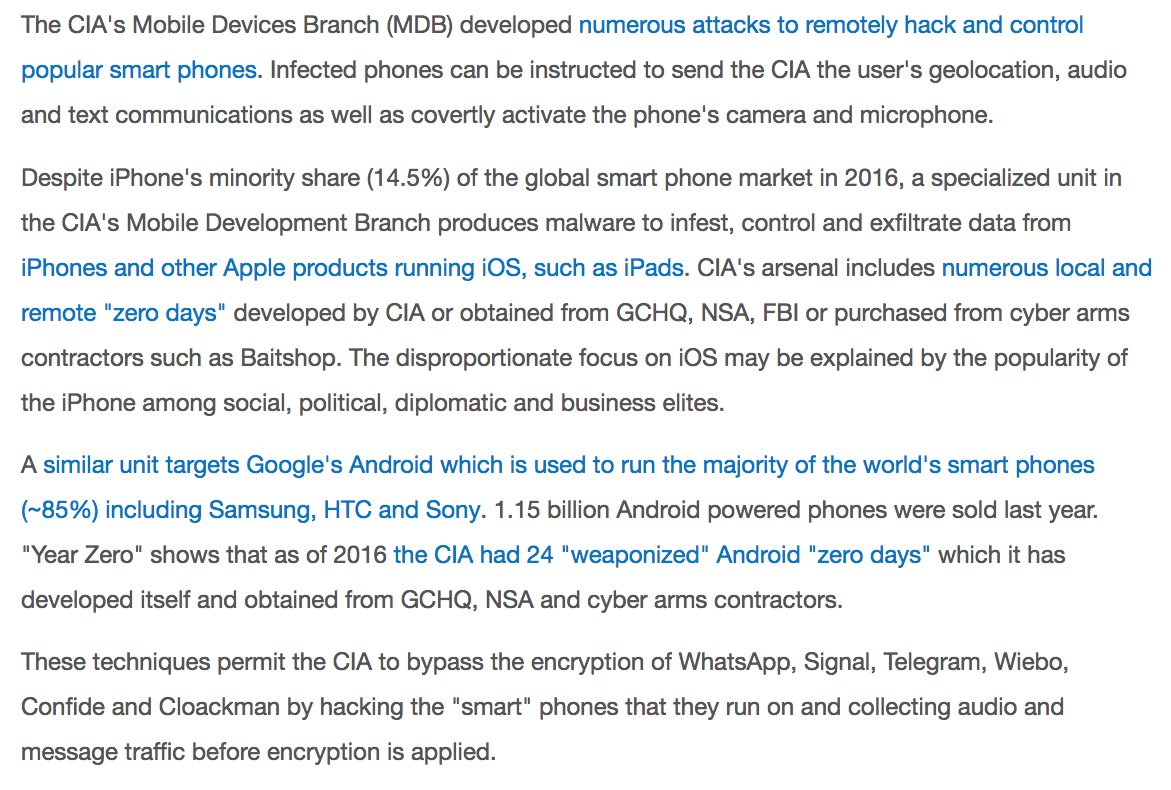 Skype:
– Voice conversations are converted into text in real-time, scanned for contents of interest and stored in CIA spy cloud.

Breaking: Skype voice conversations are converted into text in real-time, scanned for contents of interest and stored in CIA spy cloud. 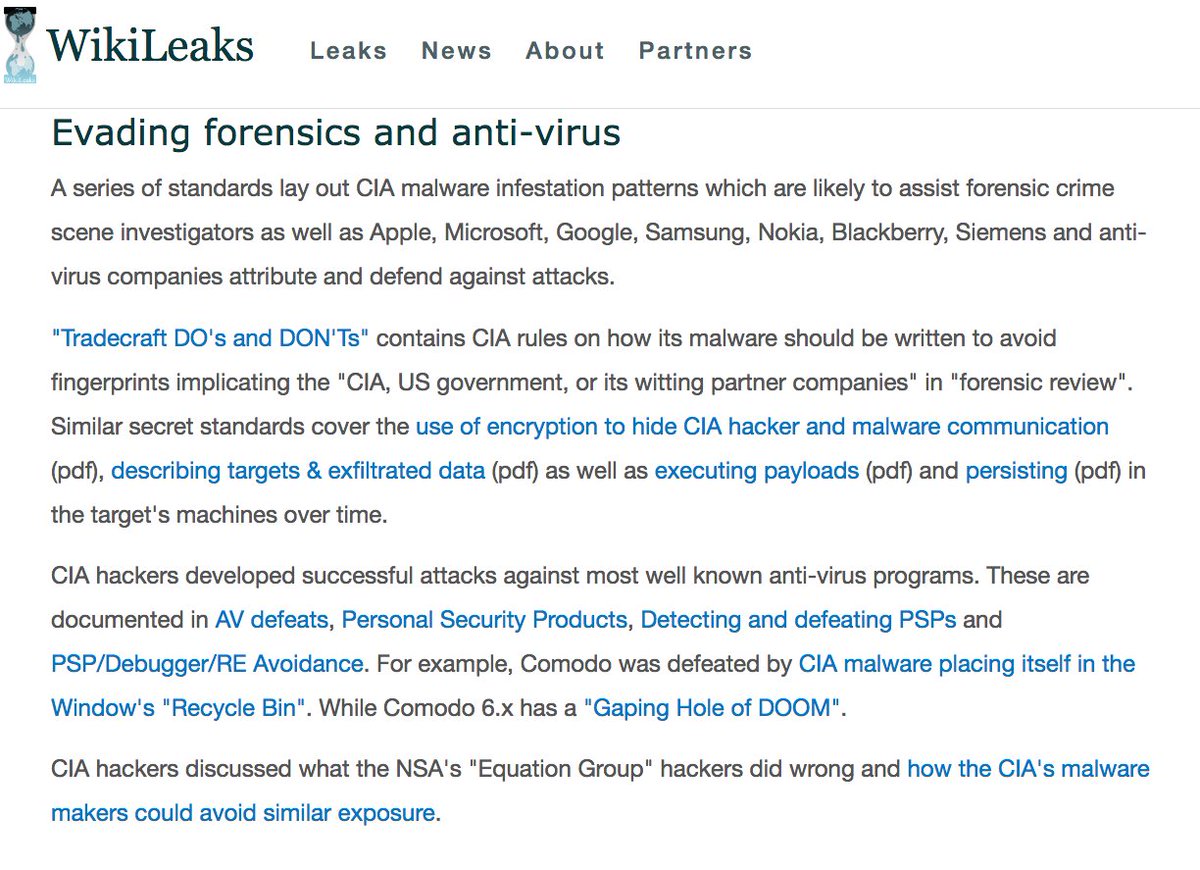