A VICE News special shows how the pharmaceutical companies lobby the Food and Drug Administration (FDA) to approve dangerous drugs. This is not a new revelation, but most blindly trust the FDA stamp of approval. Big Pharma currently spends over $4.5 billion on lobbying efforts to approve their drugs. For example, in 1995 Purdue produced the notoriously addictive drug Oxycontin. Reports stated that less than 1% of those who took the drug would become addicted. Since then, over 500,000 million Americans have died from the narcotic. Purdue has since faced numerous lawsuits and intense scrutiny; however, the FDA has escaped any blame.

More recently, the FDA approved the Alzheimer’s drug Aduhelm by Biogen after clinical studies showed that the drug did not work. The drug, which costs $56,000 annually, was originally denied by regulators. Then the lobbyist entered and essentially paid the FDA to pass the drug. Let’s not forget, once a drug is FDA approved, the pharmaceutical company is permitted to advertise. Hence, why Pfizer began to produce commercial, radio, and print advertisements within the same week of receiving FDA approval this year. 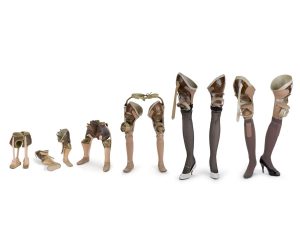 The greed of the FDA knows no bounds. FDA Dr. Kelsey singlehandedly saved millions of Americans in the 50s and 60s from a dangerous drug called Thalidomide. The drug was originally prescribed to pregnant women to reduce morning sickness. Thousands of children across the world were born with serious birth defects due to Thalidomide. The lifelong debilitating outcome of the drug prompted harsher drug testing worldwide, in theory. Unsurprisingly, Thalidomide is still available with a prescription. A regulator’s approval has never meant that a drug was safe for use. The FDA is bought and paid for by Big Pharma, and truth be told, they do not know the long-term side effects of the new medications they are approving.