The markets are getting downright ugly.

While US stocks have performed relatively well recently, globally things are looking worse and worse.

Germany’s DAX never reclaimed its former high established back in January. Instead it’s been carving out a massive Head and Shoulders pattern. Germany is the fourth largest economy in the world and heavily reliant on exports for growth. This chart pattern doesn’t bode well for global trade or growth. 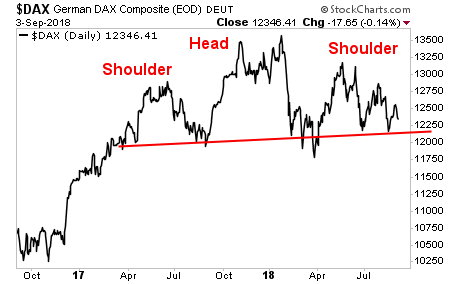 South Korea is another export-focused economy that serves as a bell weather for global growth. This is particularly true given its connection to Asia (China accounts for 25% of SK’s exports, while ASEAN countries account for another 14%). 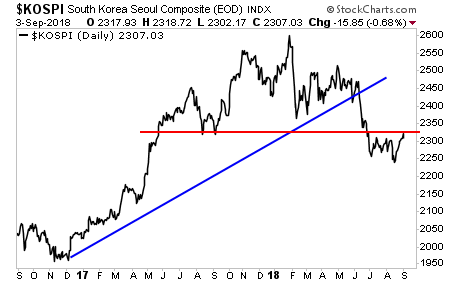 And finally there’s China: the second largest economy in the world, and the primary driver for economic growth in the post-2008 business cycle. Here again, we’ve lost the bull market trendline (blue line). And China has since been rejected at former support (red line) multiple times. 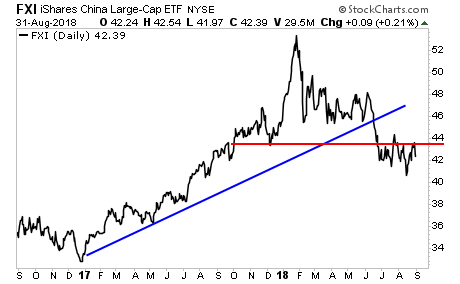 Just one of these charts would be a warning to investors… but all three together suggest that global growth has completely crashed. All around the world, the peak was in January 2018… and since that time most markets have been in MAJOR downtrends if not outright bear markets.

It’s only a matter of time before this mess seeps into the US markets. And those who allocate capital in targeted investments to profit from this shift will see truly MASSIVE gains!