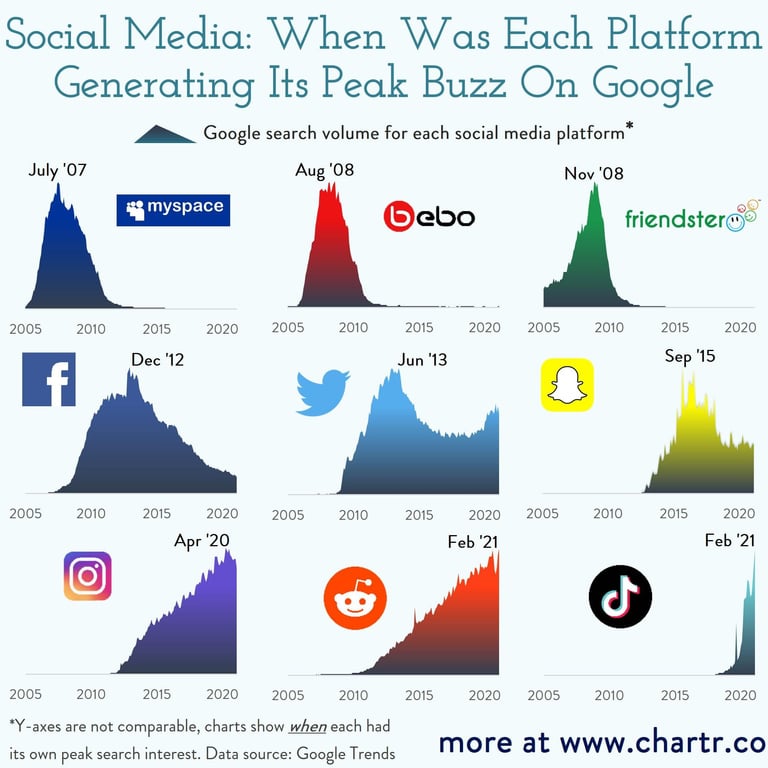 Pretty insane how slow and steady reddit’s rise has been, when most other social media platforms usually ascend dramatically and quickly.

Chart is from this newsletter originally.

N.B.: The Y-axes are not comparable. The charts are trying to show when had its peak “popularity” or “buzz” — it’s not trying to show which was the most popular. If you plot them all on the same axis then FB just absolutely dominates and you lose alot of detail.