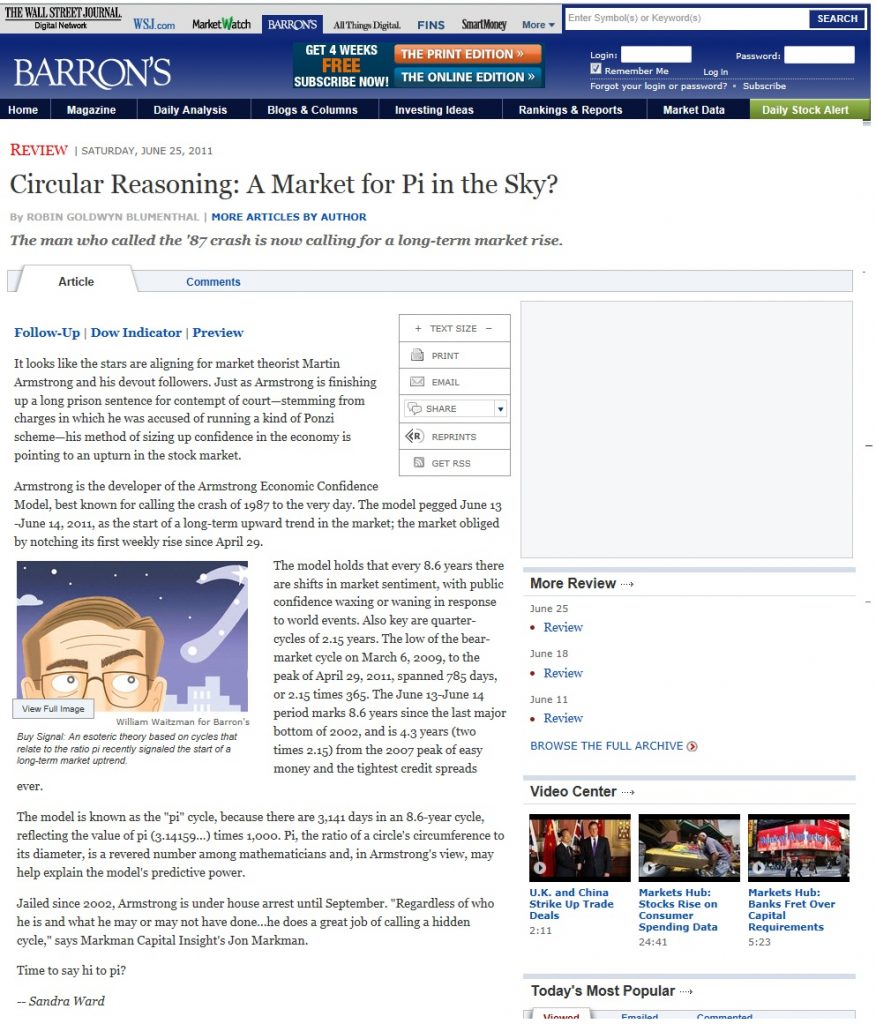 QUESTION: There are a number of people who claim to have called the 2008 crash. What I find absent is that there is no one who brags on calling the rallies and crashes as you have and I have witnessed from going to your WECs since 1985. I still remember you in 1985 standing up and showing us all the projections of so many economic indicators all point to the moon for the next 51.6 years. Your call on the Dow going from 1,000 to 6,000 was an eye-opener back then and to watch it unfold was unbelievable. Then at the bottom in 2009 you called for new record highs. I read Barrons even commented on that as if it was just a foolish comment. That happened exactly the same way when you stood up at the 1987 and said the same thing.

My question is this. I recently read where a value investor from Boston claimed that the stock market would produce 2% to 3% for the next 20 years not 6% to 8%. He claimed to have called the 2000 and 2008 crash. Why do these people only claim to forecast the crash and not the rally?

Your life long subscriber who has grown old with you in this journey for knowledge as you put it. 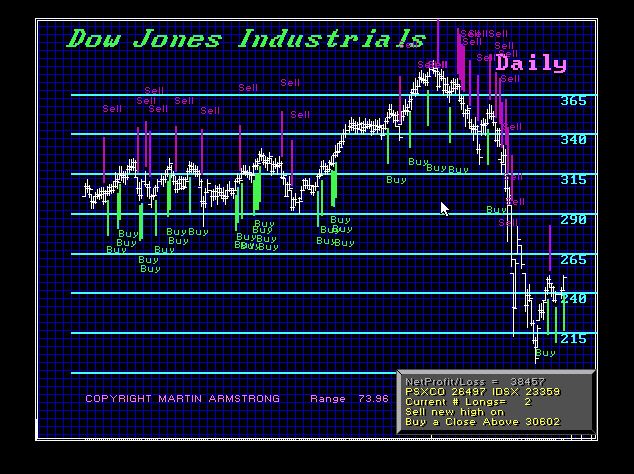 ANSWER: Good to hear from you. Yes, it has been a long time. I believe your answer lies in the fact that so many analysts are focused on 1929 and constantly view the market in that light. Even Germany and its austerity policy that has devastated Europe is fixed on the hyperinflation of the 1920s. In both cases, they failed to ever do the research to comprehend the real reasons behind the events of the 1920s and 1930s. So you will always find people claiming to predict every crash. There is an absence of those who forecast rallies. This is the result of the very same reason. They are all focused only on the events of 1929. You even have the Goldbugs constantly telling people everything will collapse and only gold will rally based upon their understanding of the 1930s which again is completely wrong.

If you are going to forecast any market, you have to be UNBIASED and willing to forecast the rally and the decline or else it is not forecasting. All the pretend gold analysts who only constantly forecast rising prices are really preaching, not forecasting, and they typically have skin in the game and will never say down when they own gold or mining stakes. When I was called by the Brady Commission for the Crash of 1987, the investigation showed that the theory that computer trading caused the crash was proven wrong because most people did not follow the computers and unplugged them because they did not believe in them. 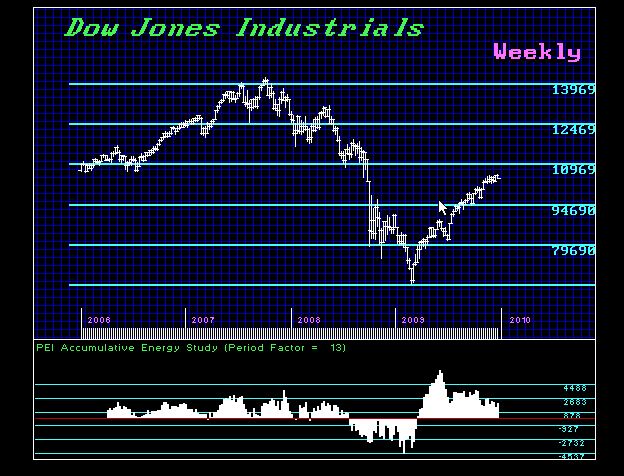 All you have to do is look at our Energy Models. They track the strength and weakness of a market and show you when the energy in a market is declining even though you may not see that in a chart pattern. Likewise, the energy was immediately making new record highs coming out of the major low.

You must also understand that the press needs content. They have their stable of people to put on and they prefer to show a consistent prediction. They do not want to put me on the air as I contradict everything they are putting out there. This immediate rally has been the most hated bull market in history. Every high there was someone forecasting the crash of all time. Even Goldman Sachs told everyone to sell 2019. Granted, at the Orlando WEC I stood up and said the market would make a correction and we should drop to retest the Monthly Bearish. We dropped to 21712 when the target was 21600.

But we have to look at this UNBIASED from every angle. You cannot forecast from a personal opinion perspective. I find it really funny when someone tries to argue against me and offers some logical fundamental, reducing everything to a single cause and effect. They fail to understand I am NOTmaking forecasts on what I “think” or my “opinion” personally I have been wrong and the model proves to always win if I dared to try to compete.

I suppose when you are always forecasting every high as the big one, then you can claim to call the crash. But nobody asks how many highs before then did they say the same thing. Markets are like the two sides to a coin. If you cannot forecast the rally and the decline, then you are not really forecasting.