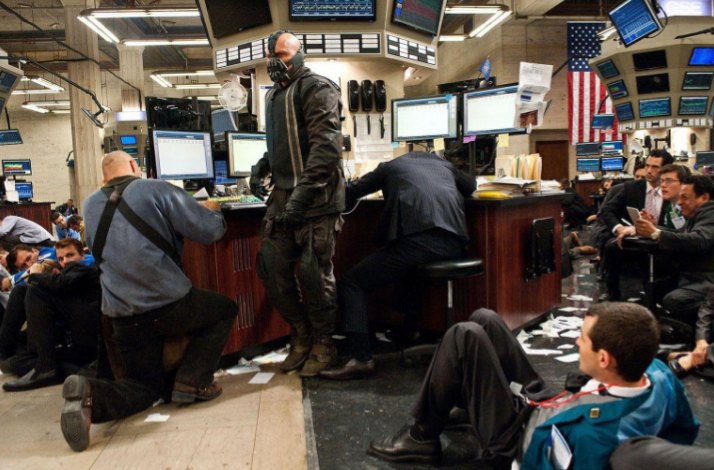 Motto: this must be why 109 countries blocked reddit.com.

The social/political elite have made the general population dumber than stumps through their programs, pitches and cunning.  When you retard the education of the masses, you educate massive amounts of retards.

“Don’t worry Johnny, you get a trophy because you tried” and “It’s okay Sally, you are still a good person” has permeated the very core of generations and generations to come.  Very few of the “Generation (fill in your favorite label)” members will have the tools to fend for themselves and as such, when society turns ugly as it will, the split between the serfs and the nobles will be complete.

“You say goodbye, and I say hello”

Question: is the entire stock market going the way of the Dodo? I just watched Larry Summers saying that the GME short and Reddit call are “reminiscent of 1929.”

The Dow Jones Industrial Average lost 720 points, or 2.4 percent, to fall below the 30,000 mark. The 30-stock benchmark is on track to post its worst day since October. The S&P 500 fell 2.4 percent and the Nasdaq Composite slid 2.6 percent as Apple dropped 4.7 percent and other major tech names slipped.

Shares of GameStop jumped more than 70 percent after trading app Robinhood said it would allow limited buying of the stock and other heavily shorted names after restricting access the day before.

Larry Summers, Ryan Cohen, the CEO of GameStop, who started this off, and Dave Portnoy are all members of the tribe. If you knew the economy was going to collapse, and you wanted to blame it on the masses of deplorables (the media actually describes WSB/redditors as populists, neo-nazis and white supremacists), this would be the perfect setup, no?

I get that plenty of the self-described “retards” on WSB understand that they are cannon fodder or simply don’t care anymore. Some have hitched onto the ride to make some money, or have a laugh at “The Man’s” expense. The Elites have created a permanent lower class of desperate young people who have swallowed the black pill. Some of these lost souls are looking for purpose and have discovered guerrilla/holy war where they can take their $2000+ stimmy suicide vest and collectively blow up the financial sector that has, in their view, stolen their prospects of a career, marriage, children, home, retirement, or financial freedom (and they are not wrong).

A few established WSB alphas with street cred, and some weaponized autists and memelords, have organized millions of suicide bombers each driving a truck loaded with TNT towards their target.

Some may try to jump off before it blows, but many are committed to the wholesale destruction of the financial sector that has contributed nothing to their well-being, but instead has cannibalized western civilization for decades.

The memelords have already shown they care more about the laughs and the internet fame. Some are donating hefty sums to children’s hospitals and others are buying billboards ads for memes in Times Square. One legend had an advertising plane fly around San Francisco with a banner reading “Suck My Nuts Robinhood.”

If/when they pull this off, they’ll eat their tendies and look for fresh targets. I suggest a day trip to the subreddit for anyone who wants a clear picture of what’s going on there.

But there are two sides to any story. Here’s the dark side:

They are driving everyone into the trap. Remember the first tenant of the Great Reset: you will own nothing.

What is going to happen is that it will be said that individual small investors cannot be trusted in buying shares. You will be restricted to buying funds. RobinHood is owned by Citadel.

In the end, it isn’t worth anything to them. The first thing to be eliminated will be free trades.

The big boys are pissed that it was ever allowed in the first place. The only reason why they allowed it was to have an instant source of bag holders.

The bag holders, aka the peasants, just cost the system a few billion. Now they’ll make sure it won’t happen again. They want people going back to blindly pumping money into their 401k.

The first thing to remember is that when you buy stocks, you aren’t being given the real shares. Do you honestly think that the few billion transactions in GameStop over the last week were ever properly transferred and cleared?

The number of transactions would take decades to process each name and issue real certificates. You are simply given an IOU. That is how there were able to be more shares sold short than available.

Everything in the fake economy is re-hypothecated, loaned out on margin, and simply made from vapor. When the real selling starts, thousands of people are trying to sell shares that only one person really owns. Wall Street is and always has been a giant pyramid scheme.

The truth is that WSB aren’t bringing the system down, but giving it new life.

You have to remember that some funds are sitting on gains from pushing Apple from $500 billion to $2.4 trillion; the same story goes with Amazon, Google, Microsoft, and others.

Bailing out a subsidiary for a few billion is pocket change for them. Plus the Fed uses trillions like a dollar bill in a strip club. The idea that WSB thought they could take out the hedge funds is completely misguided.

When the Fed can force the Treasury to print money at will and hand it to the primary dealers, the hedge funds have an unlimited supply. The hedge funds exist to move dark money. Unless you destroy the source of that dark money, they aren’t going anywhere.

Stop feeding the system; most of Tesla’s gain was the cult of Elon Musk buying one or two shares at any price to support their Messiah.

You don’t starve someone by feeding them every day. The real push should be removing all cash from the system, as in getting everyone to close their 401k and all stock positions. Wall Street requires the dumb money to realize gains. Don’t give it to them.

In summation, this has little to do with the WSB kids, but far more to do with the abject corruption of naked shorting, Robin Hood forced selling (and not allowing to buy) while having a very close relationship with Melvin capital.

Now fake news is calling for investigations. Not into the thieving hedge funds (who short naked instead of actual hedging). But investigate a bunch of basement dwellers.

The main guy who did this lives in an apartment, not a mansion.

Now you see why these kids are so mad. The entire system is corrupt. Head to toe. And seeing how Wall Street gave 90% to Dems…..they’re gonna stay mad.

“It’s not about the money, it’s about sending… a message.”

PS: Reddit is now preparing to unleash “World’s Biggest Short Squeeze” in silver. This should be interesting.