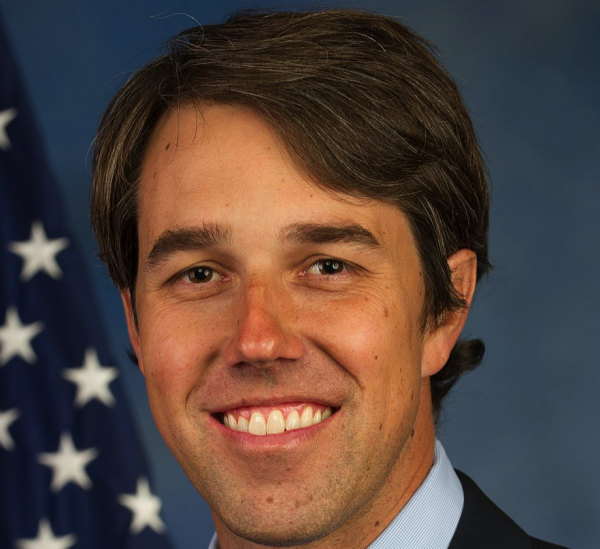 Politics is all about branding, and it definitely would not be convenient for Beto O’Rourke’s campaign if the people of Texas knew that he was married to a billionaire heiress.  He constantly portrays himself as a progressive champion of the poor and working class, but in reality he is married to the daughter of a real estate magnate that is worth approximately 20 billion dollars.  In case you are wondering, Donald Trump only has a net worth of about 3 billion dollars.  But the mainstream media isn’t talking about this.  They just keep touting O’Rourke as some sort of “anti-Trump” savior that could become the new face of the Democratic Party.  In fact, during a recent discussion on ABC News, Matt Dowd told George Stephanopoulos that if Beto O’Rourke wins “he becomes the biggest rock star in the country”.

And without a doubt, he is already being treated like a rock star by many liberals in Texas.  Just check out the following excerpt from a recent Yahoo News article about Beto…

His town halls, especially in some cities, have some of the qualities of a rock concert. Voters shriek for his attention and shove one another as they rush to grab his hand. At an event in Farmers Branch, a suburb of about 30,000 people north of Dallas, the fire marshal shut the doors on scores of supporters because the room was already at capacity before O’Rourke had arrived, bringing one fan to the point of tears. “But I have a seat,” she pleaded in a near panic. “I signed up online!”

When a woman collapsed at packed town hall near Fort Worth after waiting hours to see O’Rourke in the oppressive heat — something that has happened more than once — the congressman planted himself on the ground next to her, taking her questions and making his pitch as they waited for an ambulance to arrive.

We haven’t seen this kind of “political hero worship” since the early days of Barack Obama’s first presidential campaign.

Beto has truly developed a very strong cult following, and his events are often so packed that people have to be turned away…

At the Flower Mound Community Activity Center, O’Rourke’s final stop of the weekend, the fire marshal allowed an extra 40 people into the 300-capacity room the campaign had booked across the hall from some indoor basketball courts. Several hundred people who could not make it in went home. Several dozen more lined the sidewalk outside the room to gaze in through the windows as O’Rourke spoke and wait for a post-event photo.

But Beto never talks about the fact that he is married to the daughter of one of the richest men in America.

His name is William D. Sanders, and he is known as “the Warren Buffett of real estate”.  This is what Wikipedia has to say about him…

Sanders was raised in El Paso, Texas, the son of an advertising agency owner.[2] In 1964, Sanders graduated from Cornell University College of Agriculture and Life Sciences.[3] In 1968, he founded the real estate firm LaSalle Partners, in El Paso, Texas, and years later he partnered with real estate tycoon, Ron Blankenship and founded, the Security Capital Group (1990) and Verde Realty. Among existing companies that evolved from holdings once associated with Sanders are: ProLogis, Archstone-Smith Trust (a real estate investment trust), CarrAmerica Realty and Storage USA. In 1999, LaSalle Partners merged with Jones Lang Wooton to form Jones Lang LaSalle.[1]

He served as Chairman of the National Association of Real Estate Investment Trusts (NAREIT).[3] In 1999, he received Cornell’s Entrepreneur of the Year award.[3]

Bloomberg estimated Sanders’ wealth at $20 billion and called him “the Warren Buffett of real estate.”

And further down in that Wikipedia entry, there is just one line about the fact that he is the father of Beto O’Rourke’s wife…

Amy is his only daughter, and that means that the couple stands to inherit billions.

So whether he wins or he loses, the truth is that Beto is set for the rest of his life.  Perhaps if he loses, he could even write a book about “marrying well”.

All throughout the campaign, the mainstream media has chosen to ignore this connection.  Instead, they constantly refer to Amy as “a charter school administrator”.

That sounds so much more noble than a “billionaire heiress”, doesn’t it?

Because Texas is such a red state, most pundits believe that Beto is going to lose, but the latest poll does show him within 3 points of Ted Cruz.

So there is a possibility that he could win, and some of his followers are absolutely convinced that it will happen…

He had just wrapped up his fourth stop of the day — a town hall in this small suburb south of Dallas, where he had addressed about 150 people, including an African-American woman who had stood and invoked Nelson Mandela to describe his unlikely quest as an unabashedly liberal Democrat to replace a Tea Party Republican in Texas. “They always said it was impossible until it got done,” the woman said, paraphrasing the legendary South African leader. Addressing the congressman, she said, “You’re about to do it.”

Of course the truth is that Beto O’Rourke is not going to change Washington.  He would simply be another in a very long line of wealthy elitists that say the right things to get elected but then serve the system very well once they get to Washington.

The American people are extremely hungry for real change, and that is why many of them gravitate toward hero figures such as Barack Obama and Beto O’Rourke.

But those hero figures only offer false hope.  What this country really needs is to turn back to the values and principles that this nation was founded upon, but unfortunately right now that does not appear to be happening.