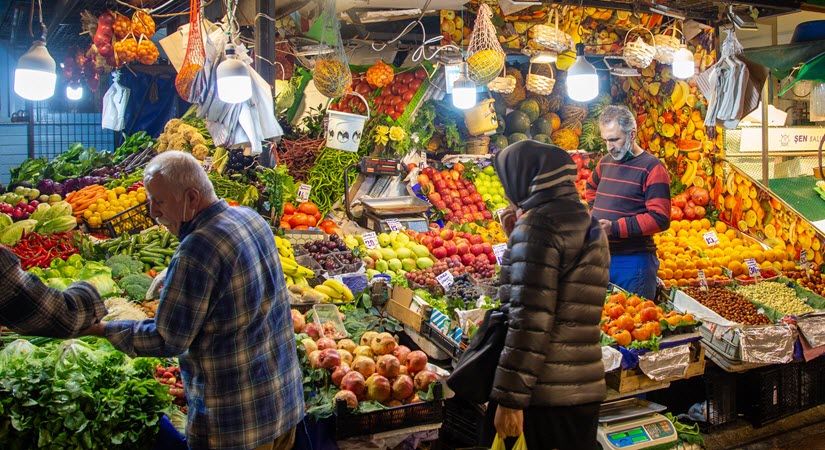 Mainstream media has been making a big deal about Social Security’s cost-of-living-adjustment (COLA) for next year. “Biggest jump since 1983,” according to at least one source.

While it’s a fact that the 5.9% COLA is substantial when compared to prior years, once inflation is factored in, beneficiaries will experience “sticker shock.”

Let’s take a brief look at a few reasons why that will be the case, starting with average payment amounts.

The average Social Security payment is less than you probably think

We’ve mentioned many times that Social Security is only meant to supplement or replace about 40% of your pre-retirement income.

But some Americans might plan on retiring solely on their hard-earned Social Security benefits (they did pay into them, after all). Those people might be in for the first of many shocks if they do. Here’s why…

According to The Sun, the average benefit payment including the newest COLA in January 2022 just won’t amount to much:

That’s right, the biggest jump in COLA since 1983 comes down to $154/month for a couple. Anyone planning to retire on Social Security alone should ask themselves, realistically, whether they can survive on less than $20,000 a year.

Now, there are a few standard ways you can potentially boost your payment a little — like delaying your claim, earning more before you retire, and making sure you work a full 35 years — still apply for now.

But even those won’t help you work a miracle. Let’s face it: Social Security just isn’t enough.

Not to mention, looks like the government is determined to make things even worse…

Lawmakers meddling with math could lower your future payments

We’ve also revealed many times how inflation can eat into your COLA each year. (In essence, each adjustment is an attempt to compensate you for higher prices you’ve already paid, so the cart is perpetually running behind the horse.)

Next year’s COLA will be no different. But this time, there’s a twist. Here’s how Congress might make things even worse.

In an effort to “reform” Social Security before a big benefit cut in 2034, there are a few proposals by politicians that aim to replace the inflation methodology used to calculate the cost-of-living-adjustment.

As part of the efforts of reforming Social Security, there are now proposals in Congress – including a Bill by Rep. Al Lawson (D-FL), that include provisions to raise revenues – mostly focused on raising the Social Security contribution cap – and provisions to “improve” benefits, including by switching the COLA calculation from CPI-W to CPI Elderly, or CPI-E.

Basically, the “basket of goods” that elderly people might focus on more than younger people (like medical and shelter) are weighted more heavily in the “E” inflation.

But as one graph in Wolf’s article clearly shows, switching to CPI-E for the COLA calculation might backfire by lowering future adjustments. See for yourself: 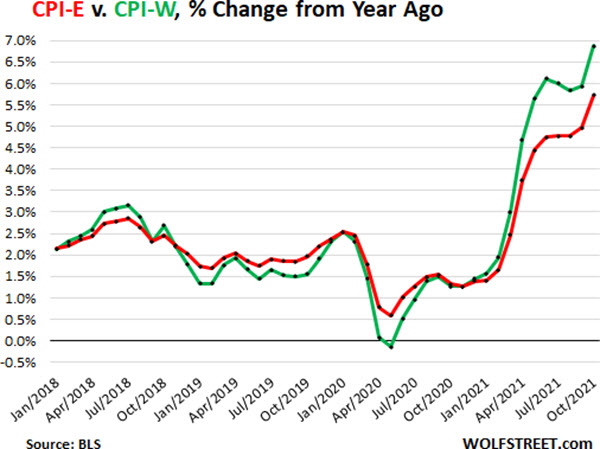 You can see that the red line (CPI-E) has either been on pace with or severely lagging behind the (CPI-W) shown by the green line. As it stands right now, if “E” doesn’t catch up quite a bit, the COLA for 2023 could end up being a lot less than it would if the current methodology is used.

So, hopefully these lawmaker’s proposals don’t make it through Congress, because those of us saving for retirement already have enough on our plates.

After all, there are already enough limits that ensure your Social Security benefit payment isn’t going to provide a comfortable living…

See also  People Get Ready! Value Stocks UP For 2022 While Growth Stocks DOWN (As Fed Expected To Withdraw COVID Stimulus)

Even with rising inflation, and the need for some retirees to generate income from working to keep up, if any beneficiary of Social Security makes too much, the “tax man” will take his share, according to Motley Fool.

If you make $25,000 filing single or $32,000 filing married, the IRS will want their cut. In addition, there are 13 states that tax Social Security benefits listed below:

And in addition to taxes on employment income, if you retire before full retirement age your benefits can be withheld if you make too much extra income from working.

So if your retirement relies too heavily on Social Security, then you might be in for a little bit of “sticker shock” once you realize that even a larger COLA doesn’t help much.

It’s obvious that solely relying on Social Security and meddling lawmakers to fund your golden years isn’t a good idea. It’s a good idea to educate yourself on your options.

Take a look at your savings and whether they’re properly diversified. Do you have adequate exposure to inflation-resistant investments? If not, consider incorporating “alternative” assets into your savings, like physical precious metals including gold and silver (which can be excellent hedges against inflation).

Whatever you choose to do, we don’t recommend relying on whatever’s left of Social Security, regardless of the COLA calculations, to provide much financial security in the future. Make sure your retirement plan accounts for the crazy economic conditions we’ve seen for a while now (which may continue well into the foreseeable future). Make sure you have a plan you can rely on right now, while there’s still time to make any important changes.