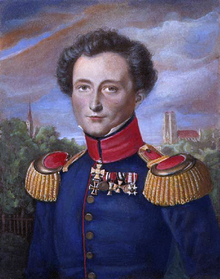 Portrait while in Prussian service, by Karl Wilhelm Wach

Hostilities between left and right grow daily in the United States. All it takes is a brief glance at history to see that these hostilities could eventually devolve into civil war. Both sides are beginning to realize this. However, one side seems much more confident in its ability to win such a conflict. After all, one side has amassed more personal firearms than any other population on earth. But I believe they are underestimating the formidability of their opponents.

About 200 years ago, the great military strategist Carl von Clausewitz noticed that the constant evolution of war technology meant a  constant evolution of war strategy/tactics. Before the last industrial revolution, the right’s massive advantage in firearms would have given them an easy victory. However, today, wars are being waged within economies and cyberspace as well as on the battlefield.

Think about all the conservatives (or anyone who is off the mainstream narrative) that have already been banned from online services. Twitter, Apple and Google all banned Alex Jones from their platforms. PayPal and Stripe have cut service to Gab, an alternative social media platform. Gavin McInnes, Laura Loomer, Sargon of Akkad, Owen Benjamin and many, many more have been ousted by large tech companies.

You may say to yourself, “well, they are private companies, so they can ban whoever they want.” This is true. But is it right? Is it concerning?

These few companies can relegate you to a technological environment reminiscent of the early 2000’s, while leftists get to live in 2018. This is a huge advantage for the left. They control the narrative. Look at how they label everyone who disagrees with them a Nazi. That stuff matters. If an actual war breaks out, all the people in the middle (the typical, uniformed citizen) will have few qualms about exterminating a bunch of Nazis.

Plus, if you don’t have any means of communication, because you’ve essentially been banned from the internet, how will you coordinate with your allies? The right is spread throughout the vast spaces of the US. It is essential for them to communicate to form a cohesive strategy.

How will you pay for food and other essentials when your bank accounts/payment services are frozen?

Oh, and don’t think you will have the entirety of the military’s force behind you either. The military is much more ideologically split than the right would like to admit. Yes, the military leans right, but there are still enough military personnel on the left to suggest that military bases and weaponry would be lost to blue territories.

If the left and right ever went to war, it would be a nasty, drawn-out fight. Neither side would automatically run away with victory. The right has guns and some territorial advantages (close to farmland and oil production), but the left has technology, economic advantages and a large share of the military. Neither side should feel overconfident. It would be such a horrific incident that it might be best to avoid altogether.

READ  It's almost as if they're telling you how to feel and what to think
READ  Who Benefits Most from Biden's Stimulus? (It's Not Who You Think...)
1,826 views