In a somewhat stunning turn of events, it was announced yesterday that Trump has ordered a full troop withdraw from Syria. Here is what President Trump had to say on the matter:

We have defeated ISIS in Syria, my only reason for being there during the Trump Presidency.

Defeating ISIS may have been Trump’s goal in Syria but, as you may know, the goals of the Military Industrial Complex in Syria were much more extensive. Besides the obvious goal of selling billions of dollars in weapons, the MIC wanted to oust Assad as the leader of Syria. Many believe that this push to remove Assad was over a natural gas pipeline. And knowing the US government, I would say that this assumption is correct. 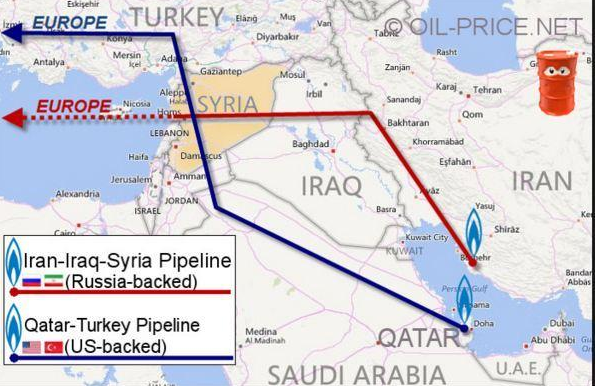 So, are we now to believe that the Military Industrial Complex has given up on their plan to dominate the natural resources of that region? I think we should wait until we start seeing meaningful troop withdrawals before we take Trump at his word. Remember, this isn’t the first time Trump has signaled de-escalation in Syria.

During his campaign for presidency, Trump was considered a peace candidate. Many would argue that that’s one of the big reasons he defeated Hillary Clinton. Here are just a few tweets from Trump’s past regarding Syria:

AGAIN, TO OUR VERY FOOLISH LEADER, DO NOT ATTACK SYRIA – IF YOU DO MANY VERY BAD THINGS WILL HAPPEN & FROM THAT FIGHT THE U.S. GETS NOTHING!

We should stop talking, stay out of Syria and other countries that hate us, rebuild our own country and make it strong and great again-USA!

President Obama, do not attack Syria. There is no upside and tremendous downside. Save your "powder" for another (and more important) day!

However, once he took office, Trump was forced to abandon his dovish sentiment toward Syria. Less than three months into his presidency, there was an alleged chemical weapons attack on Syrian civilians by Assad. Trump was pressured into firing missiles at Assad’s military after the supposed chemical attack.

After the intensity between the US and Syria died down, Trump said in March of 2018 that US troops would be coming home from Syria “very soon.” However, almost exactly a year after the first incident, another suspicious chemical attack was perpetrated on Syrian civilians.

Many have doubted the legitimacy of these chemical attacks, including Secretary of Defense Jim Mattis. But the MIC continued to push ahead anyway. They persuaded Trump to abandon his peaceful stance toward Syria and become much more heavily involved in the affairs of that region.

Is the MIC really going to abandon it’s plans in Syria after putting in so much effort to keep us there? I’m skeptical and you should be too. Maybe they are intentionally swinging the pendulum one way so they can swing it further in the opposite direction.

I’ve already heard the idea that Trump is selling out to Russia by withdrawing from Syria. If the MIC can cause a major public outcry over Trump’s decision, they will gain even more support for their efforts in Syria. It’s Manufacturing Consent 101. Be aware of the possibility of another chemical weapons attack as well. Whatever happens, I don’t think we’ve heard the last about the US-Syria conflict.