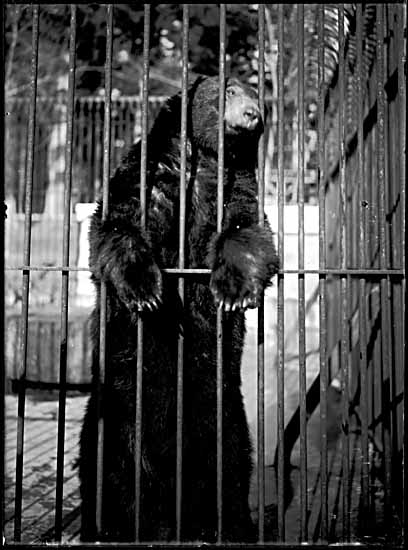 Many of the 2017 economic headwinds I’ve described will hit during the Ides of March, just as the Trump stock-market Rally shows signs of topping out. This might not be the Great Epocalypse — not all at once anyway — but a large and likely correction is looming. I think the bear is about to be let out of his cage.
Chaos emerged in emerging-market stocks last week, bond prices plummeted (yields rose to match their last 2016 high), stock-market volatility rose, and the Dow took its worst drop in 2017. Copper prices, a bellwether for recessionary conditions, saw their worst week since last September. It looked like the Trump rally in almost everything was rolling over last week, and that takes us into this week when several likely big bads are scheduled to hit on the same day.

Debt ceiling bomb about to drop

Everyone making for the exits

With the Netherlands set to hold parliamentary elections on March 15th, we may see the Dutch join the British and the US in exiting the globalist system. Popular eurosceptic lawmaker Geert Wilders leads the polls with his nationalist call to make the Netherlands “independent again.” Hear any echoes of “Make America great again?” Wilders told the Associated Press, “I see the European Union as an old Roman Empire that is ceasing to exist. It will happen.” In the latest shocking poll, 56% of Dutch voters wanted to exit the EU.
Nexit could light up the radar screen in perfect timing with the Fed’s rate increase and the arrival of the US debt ceiling. Brexit temporarily spooked the stock market, but Nexit would be a much larger jolt. The Netherlands is part of the Eurozone, whereas the UK was not, making Nexit more significant if it becomes an imminent prospect.
In fact, the Netherlands was one of the original founders of both the European Union (back when it was the European Economic Community) and the Eurozone. So, Nexit is potentially a much bigger jolt to the euro-psyche than Brexit, as the British never fully joined at the hip (wallet). Eurocrats have identified the Netherlands, France and Italy as a trifecta of nations that would destroy the Eurozone if they exited. The British, of course, have extended open arms of trade toward the Dutch if they exit to help both countries with the trade outfall of exiting.
Wilder has called for a referendum to exit the EU. So, a Wilder win means full steam ahead for Nexit, and the Eurozone will shudder to its core on the eve of March 15th if he wins.
Beware the Ides of March.

Following oil’s relentless drop in prices in 2015, the stock market and oil plunged together in January of 2016. Oil companies closed. Banks in Dallas trembled. People began to move out of the midwest, leaving a glut in housing that started to look like ghost towns would be the next and final chapter for the midwest. Then production fell as rig counts dropped and exploration slowed, and OPEC appeared to be manage a production freeze. Suddenly oil was well so all was well for the rest of 2016.
Now, record high inventory levels have returned with a vengeance, bringing US crude oil again below $50 per barrel. Oil prices saw their worst week for investors since prior to Trump’s election. Last Wednesday’s fall in crude oil prices was the steepest in a year at 5% in one day.
So, here we are again. Will the second oil boom now end in a kaboom? Who knows. I was wrong all of last year about prices returning to the basement that exists around $40 or less per barrel. So, my predictions about oil prices have gone very wrong, and I won’t venture another. Just saying, that if oil does go kaboom, it couldn’t happen with more effective timing.
Not saying it will. Oil refineries are, again, shutting down for seasonal overhauls, making some downward price adjustment in crude oil normal. During this season, crude oil inventory tends to build because fewer refineries can use it. Maybe oil speculators are reacting with excess fear because of their experiences last year, given that inventory builds are normal this time of year. It might just be a case of spooky markets.
But that is kind of my point right now — that there is a lot coming down this week that is likely to spook all kinds of markets. So, beware the Ides of March, I guess.