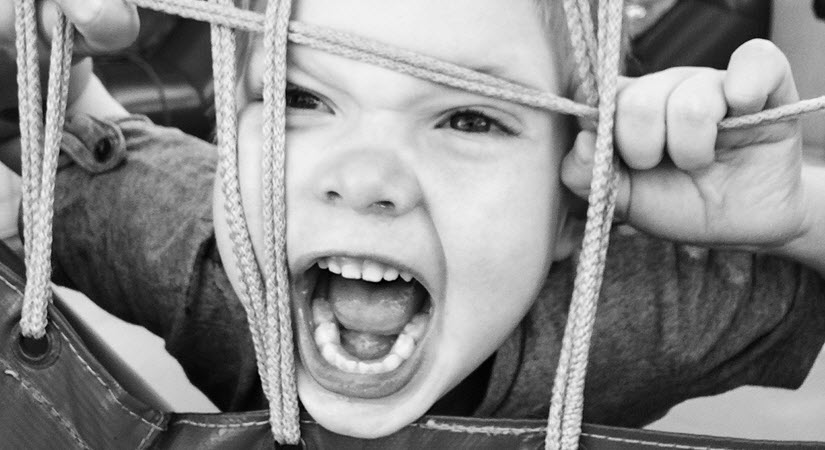 The last time the Fed was noticeably hawkish was back in August 2018. Starting October 3 of that year, the market imploded (you might remember the Dow losing 5,000 points).

Now there could be a “second verse same as the first.” According to CNBC, the Fed appears to be preparing markets to taper its asset purchases. This process could start as soon as next week’s FOMC meeting.

Keep in mind that it’s June. The same piece claims that the Fed isn’t likely to do any tapering “until several months later, perhaps in late summer or early fall.” But that timing is awfully similar to 2018’s disaster.

But let’s set aside that potential disaster waiting to happen for now, and focus our attention on another potential disaster. In 2013, talk of the Fed’s asset taper sent the market into a “tantrum,” as CNBC explained:

Behind the glacial pace of reducing asset purchases is a deliberate attempt to avoid another so-called taper tantrum, the sharp spike in bond yields in 2013 that came after Fed Chairman Ben Bernanke hinted asset purchases could wind down. (Emphasis added).

Chairman Jerome Powell’s Fed tried to allay concerns of a “taper tantrum” repeat this year in an official statement:

Secondary Market Corporate Credit Facility (SMCCF) portfolio sales will be gradual and orderly, and will aim to minimize the potential for any adverse impact on market functioning by taking into account daily liquidity and trading conditions for exchange traded funds and corporate bonds.

The statement oddly reads like a set of instructions, because the idea that the Fed might intentionally “maximize” the potential for an adverse impact on the market is silly (at least we hope so).

Wolf Richter drew attention to a part of the Fed’s balance sheet where the initial tapering would begin:

This represents a paltry 0.17% of the nearly $8 trillion on the Fed’s balance sheet.

It’s really hard to visualize all those zeroes, though, so let’s make an analogy…

Even though it doesn’t sound like much, consider that 2013’s “taper tantrum” was a collective reactionary panic that triggered a spike in U.S. Treasury yields, after investors learned that the Federal Reserve intended to slowly put the brakes on its quantitative easing (QE) program.

The “reactionary panic” came from Bernanke’s Fed only talking about slowing their bond purchases back in 2013. (Powell’s Fed is actually selling right now.) From the Investopedia explanation:

It is important to note that no actual sell-off of Fed assets or tapering of the Fed’s quantitative easing policy had occurred at this point. Chair Bernanke’s comments referred only to the possibility that at some future date the Fed might do so. The extreme bond market reaction at the time to a mere possibility of less support in the future underscored the degree to which bond markets had become addicted to Fed stimulus.

Back then, Wall Street panicked, terrified stock prices would deflate without the constant pressure of cheap money pumping them up. And you know what happened? Bernanke caved. Instead of slowing QE, instead, the Bernanke Fed doubled down on QE and blew up the Fed’s balance sheet another 50% (on top of tripling the Fed’s balance sheet with QE even before the taper tantrum).

Bernanke taught Wall Street a lesson: If you threaten to take your toys and go home, you can get what you want.

In other words, Bernanke taught Wall Street that stock prices are more important than inflation or fiscal discipline.

Will Wall Street flip out this time around? Will the big money just walk away from the market like in 2013, leaving the stock market casino gamblers, the WSB crowd and the AMC apes holding the bag?

If that happens again, will Powell have the gumption to ride it out? Will he say firm in the face of amateur day-traders and retail investors going broke? Or will he do what Bernanke did, and double down on QE? (If the does, that would take the Fed’s balance sheet to $12 trillion, the stock market party would last a little longer, and inflation would run rampant.)

Who knows what will happen next? All we can say is, we’ve seen this play out before.

It will be interesting to see what moves the Fed will make to avoid a disaster over the next few months, and how Wall Street reacts.

See also  This was unbelievable then, but watching it now really hits home how sick all of these people were.

If Wall Street Crybabies Start Picking Up Their Toys…

It’s possible the sell-off of Fed holdings would be enough to spark another taper tantrum where Wall Street “crybabies” grab their toys and go home. Retail investors, from Reddit speculators to retirement savers could be left holding the bag stuffed with massively-overvalued stocks.

It’s also possible that Powell will cave like Bernanke did, and throw a while lot more fuel on the inflation fire to keep the stock market party going just a little longer.

Either outcome begs the question: how can you protect your nest egg? Nobody wants to be left holding a very expensive bag filled with nothing but hot air. Nobody wants to discover their savings are being devoured by out-of-control inflation.

You may want to diversify your savings with physical precious metals like gold and silver. They can add stability to your portfolio and help protect against both stock market collapses and runaway inflation.

Regardless of what you choose to do, make sure you’re the one setting the rules, and merely reacting to the Fed and the legion of Wall Street crybabies.