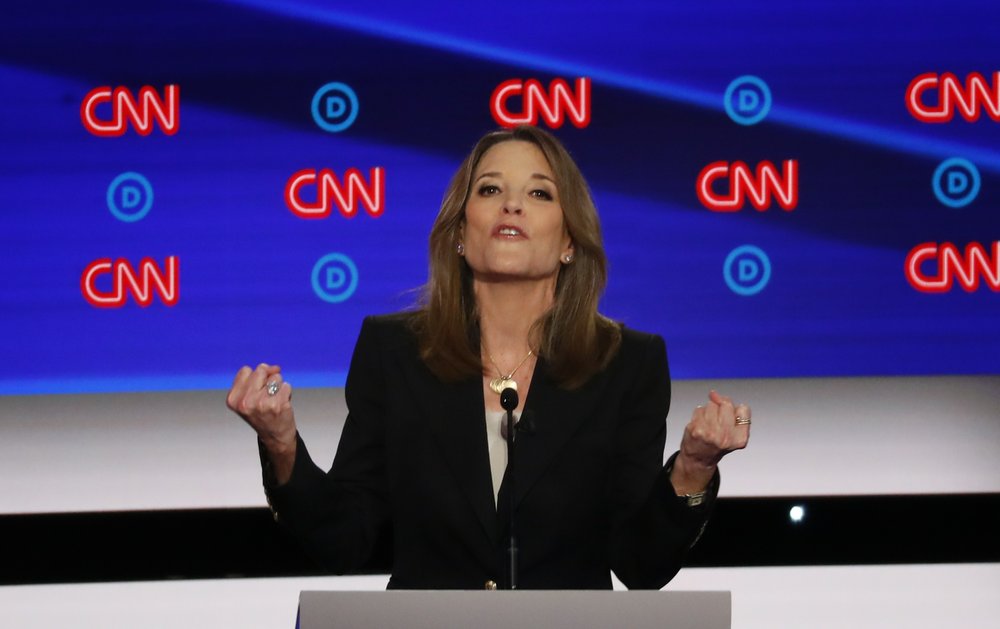 Marianne Williamson got rapturous applause from the crowd when she brought up race issues numerous times during the Democratic debate.

Discussions on racial environmental injustice and reparations proved to be her time to shine.

When asked her response on the Flint water crisis, Williamson said Flint was “just the tip of the iceberg.”

“I assure you I lived in Grosse Pointe, what happened in Flint would not have happened in Grosse Pointe, this is part of the dark underbelly of American society, the racism, the bigotry, and the entire conversation that we’re having here tonight,” said Williamson to resounding applause. “If you think any of this wonkiness is going to deal with this dark psychic force of the collectivized hatred that this president is bringing up in this country, then I’m afraid that the Democrats are going to see some very dark days.”

She said that infrastructure neglect is bigger than Flint, and particularly with communities of color. “It’s particularly people who do not have the money to fight back, and if the Democrats don’t start saying it, why would those people feel they’re there for us, and if those people don’t feel it, they won’t vote for us and Donald Trump will win,” said Williamson to an even louder applause.

Marianne Williamson warned her fellow 2020 Democratic presidential candidates to stop focusing on the details of policies and put more effort into defeating the “dark psychic force” that is President Trump.