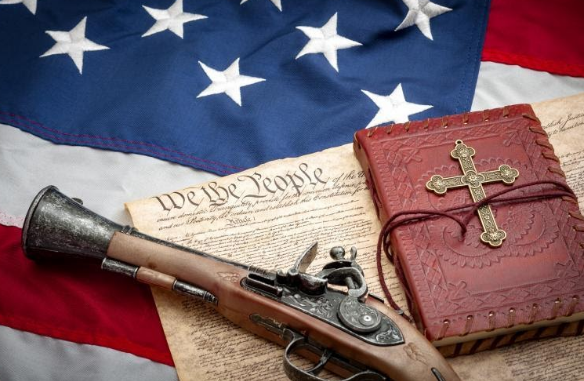 Happy 4th to all our readers!

Here’s something to cook your noodle: state media outlet NPR is a leftist/progressive propaganda arm of ZOG, taxpayer funded obviously, and here’s what they had to say about July 4th:

It says "that all men are created equal" — but women, enslaved people, Indigenous people and many others were not held as equal at the time. t.co/dtE0z2Uabc

The document also includes a racist slur against Indigenous Americans.

Author David Treuer, who is Ojibwe, says there is a lot of diversity of opinion and thought among Native Americans — a community of more than 5 million people — about the document’s words. pic.twitter.com/K64UXhMKDA

In this thread of the Declaration of Independence, you can see a document with flaws and deeply ingrained hypocrisies.

It also laid the foundation for this country’s collective aspirations — the hopes for what America could be. pic.twitter.com/znLSGKWLaj

The Declaration of Independence was signed almost 250 years ago, 245 to be more precise, and the US state pressitutes had to use this opportunity to attack it, as all red blooded Americans were celebrating Independence Day on July 4th, enjoying their cheap hot dogs /s.

Because these people who own the media love America, obviously.

It’s pretty clear that all these ZOG bots are turning up the heat and now they are calling America evil from its founding, as the trans-national cabal running the US is preparing for the kill shot.

All the people working for NPR gathered their forces on 4th of July to attack America’s founding document. On this glorious occasion, the NPR staff published a picture of their editorial team, which looks like the tower of babel.

Take a look at this picture and then tell me these people represent Thomas Jefferson’s America: 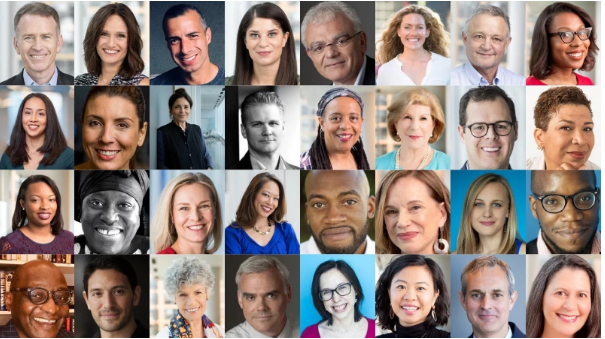 I’m not a big fan of the pseudo-science of physiognomy, yet this picture sends shivers down my spine. If propaganda had a face, this collage would be it.

The NPR hit-piece on the Declaration of Independence is a lesson in subversion and brainwashing:

Over the past 32 years, Morning Edition has broadcast a reading of the Declaration of Independence by NPR staff as a way of marking Independence Day.

But after last summer’s protests and our national reckoning on race, the words in the document land differently.

It famously declares “that all men are created equal” even though women, enslaved people and Indigenous Americans were not held as equal at the time.

What then follows is a long list of grievances and charges against King George III that outline the 13 North American British Colonies’ intentions to separate from Great Britain.

The list, originally written largely by Thomas Jefferson, was edited by the Continental Congress. Among the Congress’ changes: it deleted a reference to “Scotch & foreign mercenaries.” It turns out there were members of Congress who were of Scottish descent. To win support from Southerners, the Congress removed criticism of the African slave trade.

But a racist slur about Native Americans stayed in.

The state/corporate sponsored BLM riots from last summer were no different from the black protests in the 1960s, as in there was absolutely no ideological angle to all this except from “fuck whitey” and “moar gibz plox”.

Just like in the sixties, the riots took a really bizarre and destructive direction; unlike the sixties though, BLM and Antifa rioted super hardcore, and the police refused to do anything about it. Even Trump refused to deploy the feds to stop the mayhem in Portland et al, so these feral types were allowed to loot as they pleased, and to “burn this motherfucker down” (exact quote), while calling for the police to be abolished.

There was nothing new really compared to the sixties, it was just violence that escalated, and many whites learned first-hand that blacks are really violent people.

So, anyone who says “we now have a new understanding of the plight of blacks and how that relates to the founding documents because we watched blacks burn down cities” is lying.

The “all men are created equal” thing in the Declaration of Independence put in context means that common people, kings and nobles must be equal under the law. Basically, there’s no relation to the contemporary concept of equality and modern ideas, as the original statement was made against the idea of an aristocracy based on birth, where kings and nobles existed outside of the rule of law.

What the founding fathers were saying is that all men should have equal status under the law.

It’s important to mention that when the Declaration of Independence and the Constitution were written, blacks were slaves, women were not men (like, doh) and they didn’t have the right to vote, and Indian savages were just that: Indian savages.

It was not hypocrisy on the part of the Founding Fathers, just a difference in terminology from an era when no one dreamed that women, blacks and Indians would at some point in the future be considered equal with white men.

Speaking of hypocrisy in modern times, mainstream “conservatives” like Benjie Shapiro and Candace Owens are complaining about censoring on Facebook while paying them millions in advertisement money.

What happened in the past 4-5 years is that the transnational ruling cabal that lords over American peasants openly  started attacking all of the symbols of America as “White Supremacy”, and that led to a massive polarization of society.

The ruling elite are now saying openly that all American symbols are evil and racist and supremacist, and that America itself needs to be abolished. However, unlike what boomers and libertarians are thinking, America is not an idea, it is a people, white people, respectively.

And they admit that Independence Day no longer “unites America,” because the left effectively hates the country and views the country’s national symbols as instruments of hatred and racial oppression.

Today, flying the American flag from the back of a pickup truck or over a lawn is increasingly seen as a clue, albeit an imperfect one, to a person’s political affiliation in a deeply divided nation. t.co/TODmHEmPsO