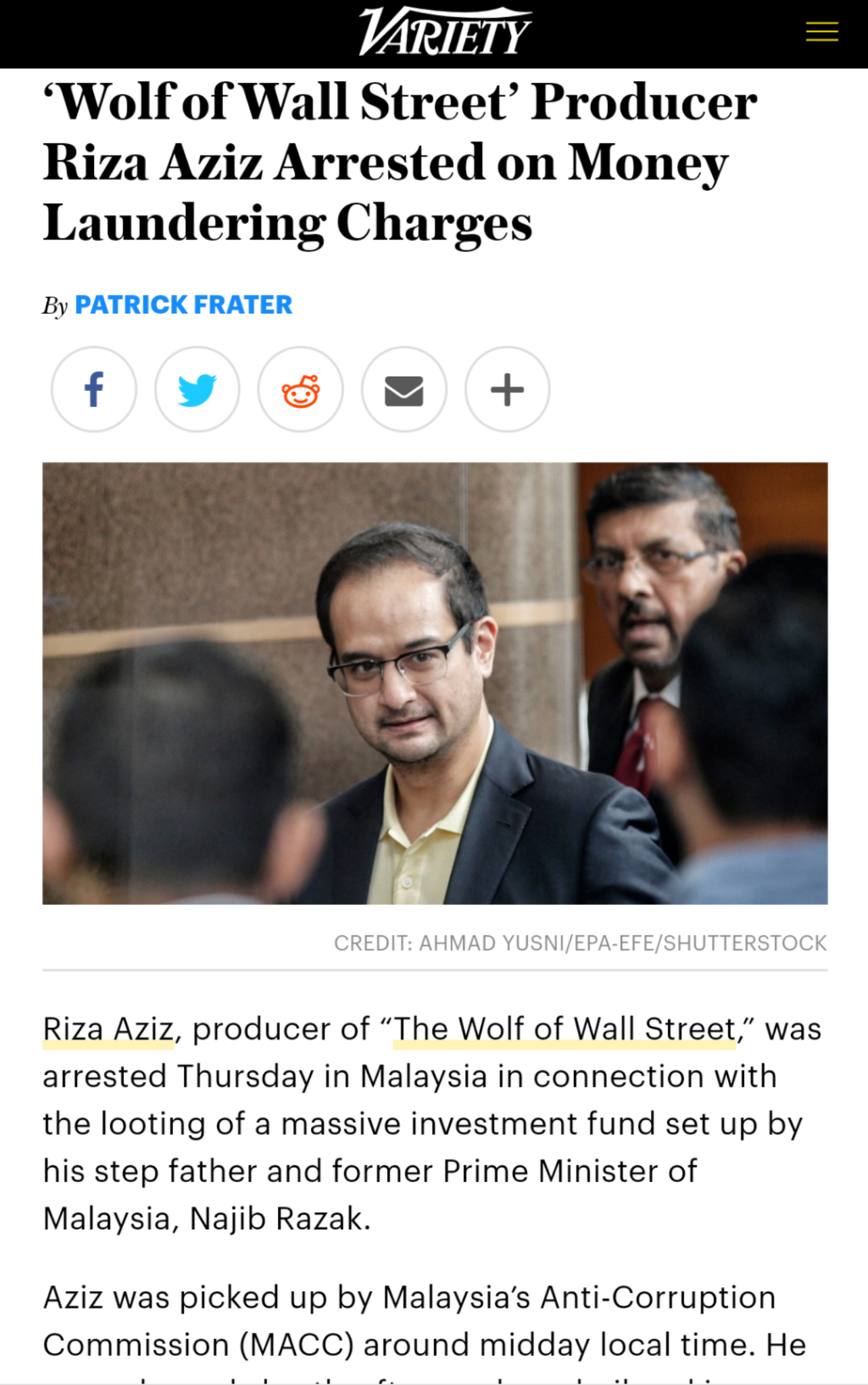 Riza Aziz, producer of “The Wolf of Wall Street,” was arrested Thursday in Malaysia in connection with the looting of a massive investment fund set up by his step father and former Prime Minister of Malaysia, Najib Razak.

Aziz was picked up by Malaysia’s Anti-Corruption Commission (MACC) around midday local time. He was released shortly afterwards on bail and is expected to appear in court on Friday to face formal charges.

Aziz was a co-founder of Red Granite Pictures, which produced the Martin Scorsese-directed “Wolf” in 2013. It also co-produced “Dumb and Dumberer To” and “Daddy’s Home.”

MACC is expected to allege that Red Granite receiving laundered money from Good Star, a company associated with fugitive financier Low Taek Jho (aka Jho Lo) and the 1Malaysia Development Berhad (1MDB). Low was thanked on the opening credits of “Wolf.”

In May, Red Granite forfeited $57 million which was returned to Malaysia and paid into an account for the recovery of sums that disappeared from 1MDB. The U.S. Justice Department has estimated that $4.5 billion was stolen from the fund.