If you were wondering why leftists are so invested in a self defense trial, this guy will spell it out.

They don’t see it as a trial about a young man’s defense of himself, but rather as being about white resistance to “transition of political hegemony” to “multiracial majority”.

Yeah, White people. Just give up the franchise. You’re not allowed to opt out.

Let’s not be confused from the schizophrenic fever delusions of Berger. The only people who benefit from multiracialism are the alien elite ruling the world at the moment. 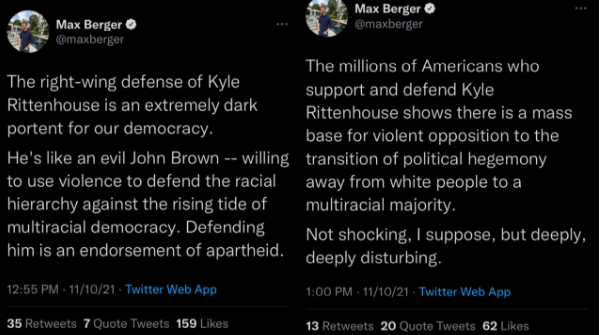 See also  Now it's getting serious- Liquor shortages for Thanksgiving and Christmas holidays
See also  Not Confirmed Yet: Australia Forcing Jab on Indigenous 1st, Military Getting PTSD From HORROR
3,501 views