It is difficult to predict how the trade scuffles between the US, China and Europe will play out.

But what we do know is that the US Treasury 10Y-2Y slope continues flattening, now down to 26.4 basis points.

Meanwhile, net shorts in 10-year Treasury futures positions hit record levels. Net short positions on the 10-year future rose to more than half a million contracts in the week ended July 3, according to the latest data from the Commodity Futures Trading Commission. These positions were built as the 10-year Treasury yield fell to around 2.83 percent on July 3, and it’s currently around 2.86 percent.

Even though the 10-year Treasury yield rise has lost its mojo with the trade scuffles.

Janus has the most negative duration fund (net shorts larger than net long positions) while Barclays has positive duration. 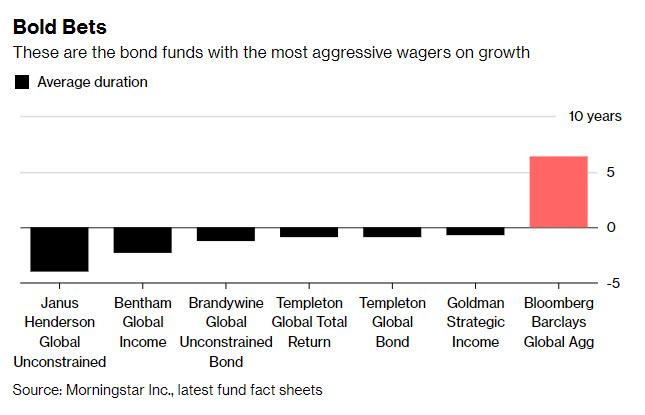 Will The Fed and other Central Banks take a pass on raising rates until the “tariff tussle” subsides? Or will they continue to raise rates? It looks like The Fed has a 78% probability of raising their target rate again at the September 26 FOMC meeting.