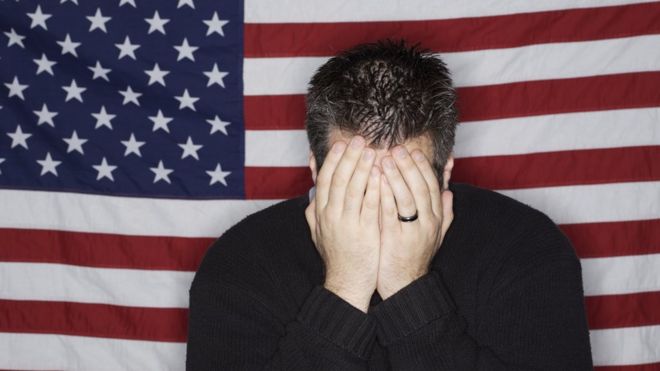 A course has been slated to start this fall at Stanford University that looks (among other things) at the perils and possibilities of different political practices,” according to the course description, “including abolishing whiteness or coming to terms with white identity.” And yes, it sounds like a joke, but it is apparently a very real course:
CSRE 136: White Identity Politics (ANTHRO 136B)
Pundits proclaim that the 2016 Presidential election marks the rise of white identity politics in the United States. Drawing from the field of whiteness studies and from contemporary writings that push whiteness studies in new directions, this upper-level seminar asks, does white identity politics exist? How is a concept like white identity to be understood in relation to white nationalism, white supremacy, white privilege, and whiteness? We will survey the field of whiteness studies, scholarship on the intersection of race, class, and geography, and writings on whiteness in the United States by contemporary public thinkers, to critically interrogate the terms used to describe whiteness and white identities. Students will consider the perils and possibilities of different political practices, including abolishing whiteness or coming to terms with white identity. What is the future of whiteness?
Clearly, the meaning here is NOT to abolish white people (as some more extravagant websites have claimed), but to get white people to “stop identifying politically as white, it would help end inequalities.” Surely this is equally offensive? It is incredibly inaccurate and makes such HUUGE suppositions that it is almost laughable.
The idea that whites vote based on their whiteness is easily disprovable by pointing out that the US has (ostensibly) a Two Party System! If whites voted or acted politically as one, wouldn’t there be only one Party?
Let’s look at some countries that do have one-party systems:

See also  All Of A Sudden, Huge Earthquakes Are Hitting The West Coast Of The U.S. And Other High Risk Areas

Not a huge amount of white folks there. The idea that whites act politically as a bloc is as insulting as saying “all blacks vote for democrats because they are black.” Not only is it untrue, but it’s deeply patronizing and denies people their Agency.
This course will help no one. It will create a false idea in the minds of susceptible kids that one part of society is selfish and acting in its own interest at the expense of others. This is true of ALL parts of society, and is the purpose of the electoral democratic system. We choose candidates based on what which policies we think will be better for ourselves, our families, and our local communities. Id we didn’t we’d be idiots.
If I were of a more paranoid bent, I would suggest that this is the beginning of an effort to disenfranchise voters.

See also  This man will get things done.
Trending: Views: 68