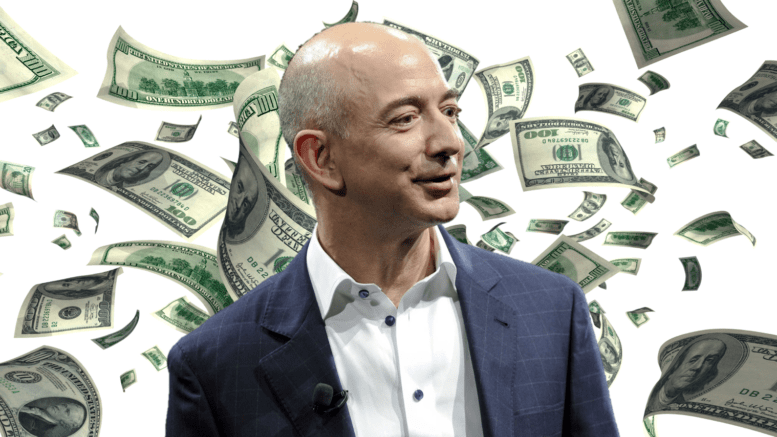 Amazon paid no federal taxes on $11.2 billion in profits last year, according to group’s analysis

Amazon, the e-commerce giant helmed by the world’s richest man, paid no federal taxes on profit of $11.2 billion last year, according to an analysis of the company’s corporate filings by the Institute for Taxation and Economic Policy (ITEP), a progressive think tank.

Thanks to a variety of tax credits and a significant tax break available on pay handed out in the form of company stock, Amazon actually received a federal tax rebate of $129 million last year, giving it an effective federal tax rate of roughly -1 percent.

“Amazon pays all the taxes we are required to pay in the U.S. and every country where we operate, including paying $2.6 billion in corporate tax and reporting $3.4 billion in tax expense over the last three years,” said an Amazon spokeswoman, Jodi Seth, in a statement. “We have invested more than $160 billion in the U.S. since 2011, building a network of more than 125 fulfillment and sortation centers, air hubs and delivery stations as well as cloud-computing infrastructure and wind and solar farms.”

Those wondering how many zeros Amazon, which is valued at nearly $800 billion, has to pay in federal taxes might be surprised to learn that its check to the IRS will read exactly $0.00.

According to a report published by the Institute on Taxation and Economic (ITEP) policy Wednesday, the e-tail/retail/tech/entertainment/everything giant won’t have to pay a cent in federal taxes for the second year in a row.

To top it off, Amazon actually reported a $129 million 2018 federal income tax rebate—making its tax rate -1%.

Amazon’s low (to non-existent) tax rate has been chided by politicians ranging from Senator Bernie Sanders to President Donald Trump.