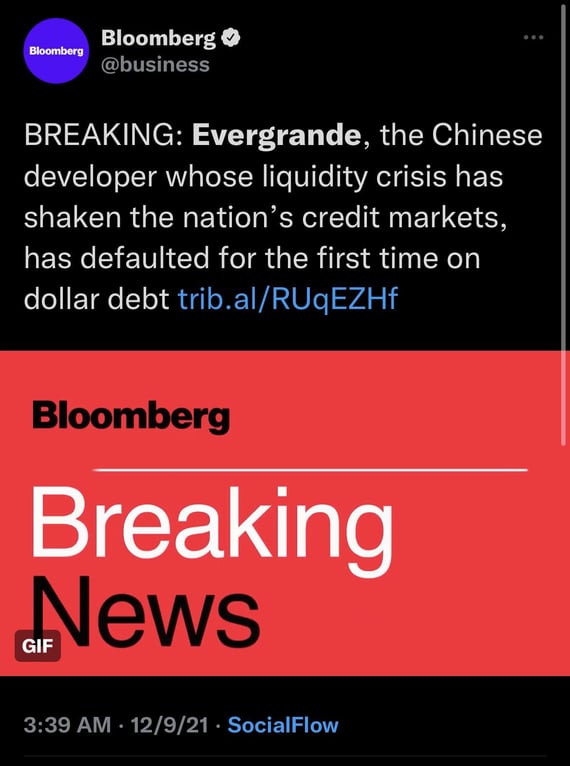 Hong Kong (CNN Business)Evergrande, the embattled Chinese property developer, has defaulted on its debt, according to Fitch Ratings.

The credit ratings agency on Thursday downgraded the company and its subsidiaries to “restricted default,” meaning that the firm has failed to meet its financial obligations.
Fitch said the downgrade reflects the company’s inability to pay interest due earlier this week on two dollar-denominated bonds. The payments were due a month ago, and grace periods lapsed Monday.
Fitch noted that Evergrande made no announcement about the payments, nor did it respond to inquiries from the ratings agency. “We are therefore assuming they were not paid,” Fitch said.
Evergrande has about $300 billion in total liabilities, and analysts have worried for months about whether a default could trigger a wider crisis in China’s property market, hurting homeowners and the broader financial system. The US Federal Reserve warned last month that trouble in Chinese real estate could damage the global economy.