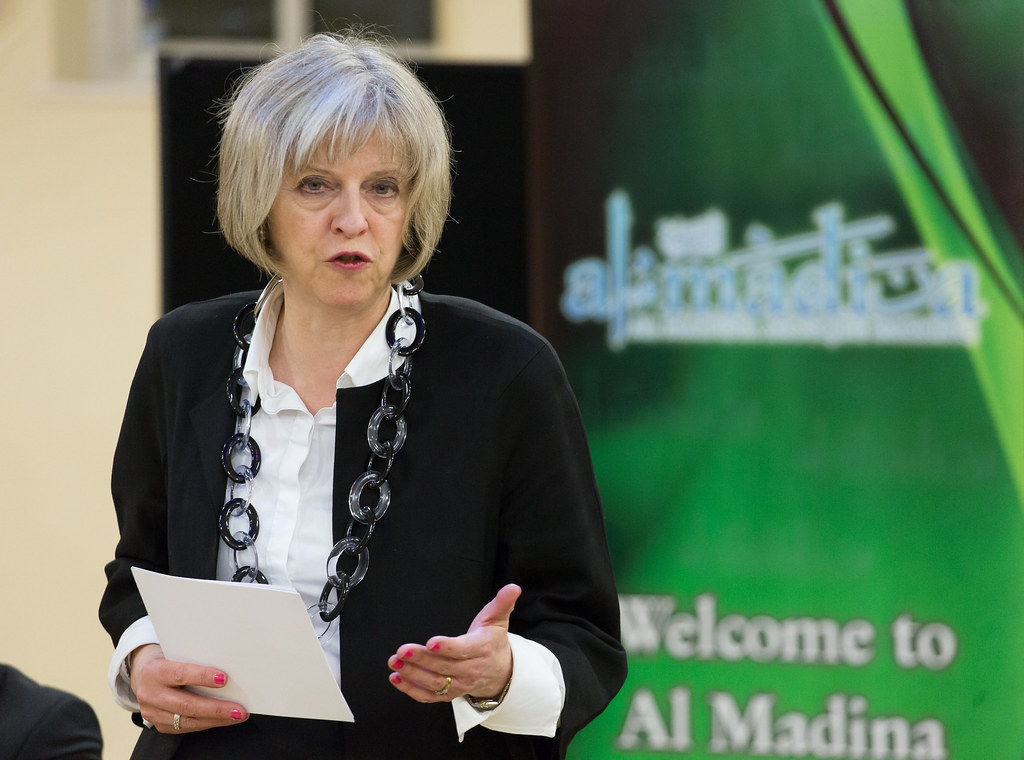 UK Prime Minister, Theresa May has decided to call for a General Election on June the 8th. Her stated reasoning is that she will then have a proper mandate to carry out the policies she “will” be elected on. But there is much more to this than meets the eye.  This is not a simple call for support, at this the most crucial time in Britain’s negotiations with the European Union, this may in fact be at the behest of the EU commissioners to derail (or at least water down) the final deal.
The fact that EU grandees seem utterly delighted by this call for election should tell you all you need to know. Why else would they be happy about it if they did not think they would receive some type of benefit or advantage? But the timing is circumspect for even more reasons than this.
The UK has the Fixed Term parliament Act, which means that the next election date is set exactly five years after the last; meaning that the next one was due on May 4th 2020. Prime Minister May put forward a motion to allow a “snap election” on the grounds that her party (the Conservatives) won under a different Prime Minister and therefore the people should be given another vote (in UK politics, people vote for a local MP, not a PM, the party with the most MPs puts forward whoever they want for the job). There are three reasons why this is not in actuality an “action for Democracy”; and is in fact self-serving political positioning.
Election Fraud in 2015
During the 2015 General Election, the Conservative party overspent in key voting constituencies which gave them, in the words of the Electoral Commission, an “unfair advantage” and increased their likelihood of winning those seats.
Just two days ago, the Crown Prosecution Service (like a State’s Prosecutor Office), announced that it was moving forward with charges against 30 Members of Parliament. This would mean that Thersa May would have had to run 30 “by-elections” for these seats and risk losing her majority (especially as the party would be under the cloud of having cheated to win them in the first place). With a General Election, all this goes away.
On silver lining from this is that Nigel Farage might run for Parliament again. In 2015, he ran for the seat in Thanet South, but was beaten by 2000 votes. Thanet South was the main constituency in which overspending took place; most people agree that the government were in such fear of him becoming a Member of Parliament, that they “threw the kitchen sink” at an otherwise unimportant seat. (David Cameron’s Ministers were ordered to visit the seat at least 4 times, which is unheard of). He was robbed, and the people of Thanet South were robbed. This gives him a chance if he chooses to run again.
The Opposition Sucks
It is usual for the leading party to be behind the opposition party in the polls. This is because it is the government of the day who have to make the hard decisions and the cutbacks. But not right now. The Labour party are polling so incredibly badly that they are actually 21 points behind the ruling Conservative party! There has never been a better time to face them at the ballot box. A weak opposition that will only lose more seats is a gift to the PM. She is likely to increase her party’s majority greatly.
Soft Brexit vs. Hard Brexit
The PM campaigned to remain in the EU. Since inheriting her role, however, she has made all the right noises with regards to securing exit from the EU. But does she really want Brexit? Could this election be a cynical plot to actually weaken her position (whilst still retaining power) and force the UK to accept continued payments to the EU and “free movement of people” in exchange for single market access?
I hope not.

Whatever the reasons for the election, it is a cynical piece of timing to do it now. She is certainly a bold Prime Minister, but will her drive destroy the chance at freedom for the British people?

2 thoughts on “Britain Will Hold a General Election on June 8th: Is This the EU’s Weapon to Defeat Brexit?”