But when the Fed’s fundamental powerlessness is revealed and the buy-the-dippers have been forced to liquidate, the true meaning of “mild” contagion will become apparent.

Since I’d rather not be renditioned to a rat-infested, freezing cell in an unnamed ‘stan, I’m circumspect about viruses in general. (The WiFi signal is probably weak due to all the masonry walls and metallic torture devices, and as for the food–grilled rat, anyone?)

My essay Virus Z: A Thought Experiment (July 1, 2021) encapsulates my thoughts on viruses (reading between the lines recommended).

But as a punter–oops, I mean investor–I’m free to discuss risk and consequence in markets. Yes, yes, I know there’s there’s no risk “because the Fed,” but last I checked the Fed’s god-like powers didn’t extend to the natural world, and so the chart below of how viral contagiousness can affect the consequences as measured in hospitalizations and deaths may be worth a glance.

Note that the chart explicitly states that the data is a simplified, hypothetical scenario that isn’t based on any specific viral variant. It is a generalized depiction of the consequences of big numbers: a virus that is terrifically contagious but not terribly lethal (i.e. “mild”) still ends up killing far more people than the more severe but less contagious variants because the number of infected people becomes consequentially large very quickly.

To demonstrate the basic concept, consider a hypothetical Variant A that is only mildly contagious, i.e. each infected person ends up infecting 1.2 other people, but with high lethality, i.e. 1% of those infected die within a few months of contracting the pathogen.

Now consider a severely contagious Variant B, i.e. each infected person ends up infecting 3.5 other people, that is “mild” in terms of lethality, killing 0.5% of all those infected.

If this far more contagious variant eventually infects 100 million people, 500,000 will die–five times the number of those who died from the much more lethal variant A.

These outsized consequences of a highly contagious “mild” virus manifest not just in deaths but in hospitalizations and long-term disabilities generated by the viral disease.

Right now the stock market is wafting gently on the feel-good buzz of the word “mild”, which is taken to mean not just mild consequences of the illness on individuals but near-zero consequences for the economy and markets.

It doesn’t take much imagination to project human behavior should a highly contagious variant start spreading with alarming speed through a population. Traveling in sealed metal tubes and ships and joining indoor crowds loses appeal, and risk-off precautionary behaviors take precedence over risk-laden “fun,” especially should the body count start climbing a few weeks into the “mild” contagion.

See also  Charles Hugh Smith: The Real Revolution Is Underway But Nobody Recognizes It

Any systems-level analysis should incorporate three principles: 1) ask cui bono, to whose benefit? For example, does what passes as “public health” in the U.S. actually benefit the many or does it mostly benefit the few reaping gargantuan profits from the system? 2) does maximizing the private gains of the few at the top of the power pyramid trigger immense losses for the powerless majority? and 3) what are the system’s constraints?

In healthcare, one constraint is the number of hospital beds and ICU facilities, and another is number of healthcare staff who have the requisite experience and energy to treat not just those suffering from the viral disease but all the patients with other conditions which can no longer receive care due to overcrowding.

Once the staff is burned out or ill themselves and the beds are filled, the system cannot treat any other patients, and care for those patients drops to near-zero. As I have noted many times here, the Fed can conjure dollars out of thin air but it can’t conjure well-trained doctors and nurses out of thin air, or new ICU units out of thin air.

Put another way, risk-off is also contagious and can spread very quickly, with very large consequences for assets based on the permanence of risk-on euphoria. Consider a simple example: passive index funds start getting redemptions, i.e. owners start selling the funds and ETFs.

Index funds and ETFs that hold a basket of stocks must sell all the equities that make up the index or ETF by proportional weight, so the most heavily weighted (i.e. Mega-Tech) stocks get hit the hardest by selling.

Since margin debt is at nosebleed levels, and much of this debt is leveraged on risk-on meme stocks and “can’t lose” Mega-Tech stocks, as these start slipping, margin calls start hitting punters who have only experienced brief dips that generate Pavlovian buy the dip recoveries within hours. Selling at a loss–and being forced to liquidate positions that one intended to hold with diamond hands–will be a new experience.

Since the smart money already liquidated their positions while touting stocks at all-time over-valuations, there’s nobody left to buy as over-margined and over-leveraged retail punters are forced to sell.

Screaming that “this is the greatest company in the world” won’t stop that company from losing $1 trillion in market cap as its outsized heft in passive funds and ETFs causes mass liquidation as everyone tries to lock in profits at the same time.

See also  Charles Hugh Smith: The Real Revolution Is Underway But Nobody Recognizes It

Those slavishly worshiping at the altar of the Fed will discover they have been worshiping false gods, and the karmic reversal of all that falsity and fraud will be both monumental and richly deserved.

The political blowback as the bottom 90% are eviscerated and hung out to dry by inflation will put the Fed’s usual financial trickery (free money for financiers and corporations) on the chopping block, and everyone who thought they had an easy field goal of gains will realize they’re now deep in their own end zone and several large, fast and very aggressive linebackers are chasing them down.

Risk off begets risk off, and once the “buy the dip” crowd runs out of cash and gets hit with margin calls, the leak of selling turns into a flood. Those with no experience of cascading declines will naturally hold on as their margin calls pile up, expecting the Fed to save the day or the buy-the-dippers to rescue everyone with yet another manic rally.

But when the Fed’s fundamental powerlessness is revealed and the buy-the-dippers have been forced to liquidate, the true meaning of “mild” contagion will become apparent, too late for those who thought being fully invested was a can’t-lose strategy. 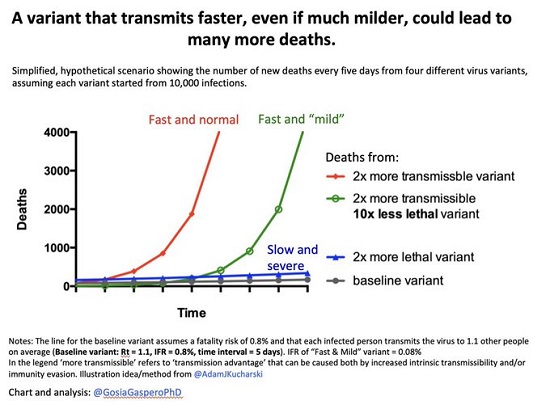 My new book is now available at a 20% discount this month: Global Crisis, National Renewal: A (Revolutionary) Grand Strategy for the United States (Kindle $8.95, print $20)

A Grand Strategy to Address the Global Crisis (54 min., with Richard Bonugli)

The Adventures of the Consulting Philosopher: The Disappearance of Drake $1.29 Kindle, $8.95 print); read the first chapters for free (PDF)