by Charles Hugh Smith on Of Two Minds:

Profits expand, speculation is rewarded and the positive vibes notch up to euphoric confidence in future expansion. Enterprises over-order to maintain inventories, hire more staff to expand production and go on a shopping spree, snapping up other companies by issuing more stock or borrowing via the bond market.

This is a conventional business-cycle recession: excesses are worked off and the dead wood consumed by write-offs and defaults. This a healthy process that is required to set the stage for the next cycle of expansion.

2. High energy prices. Higher energy costs don’t necessarily trigger recessions but they can push an overleveraged economy into recession. The basic dynamic is simple: energy costs can rise sharply, while wages rise over time. As consumers pay more for energy, they have less to spend on other goods and services. Discretionary spending falls, triggering a slowdown that dampens borrowing, speculation and the general mood. The virtuous cycle reverses and the slowdown become self-reinforcing.

5. Secular shifts in the economy. There are many potential sources for secular shifts that play out over years or even decades. Examples include: new global competition (1970s); currency devaluations; costs of cleaning up decades of pollution (1970s); financialization (1980s to the present), geopolitical shifts in alliances, social disorder, demographics (aging of the workforce, mass retirement) and sea changes in the distribution of income and power to labor and capital.

See also  The banks are big net buyers on the June active month gold contract stopping (buying) 5,061 contracts and issuing (selling) only 188 contracts. And 900,000 oz of silver is ... OUT OF THE VAULT!

Just to state the obvious: since stimulus generated the inflation weighing on the economy, stimulus can’t be used to stave off a business-cycle recession. The pendulum has swung to extremes and the banquet of consequences has been set. There are no Hollywood super-heroes who can put off the recessionary reckoning that is long overdue.

If there was only one causal factor nudging the economy into recession, it might be a mild, brief recession. But with all five conditions in confluence, this recession will be unlike any other. 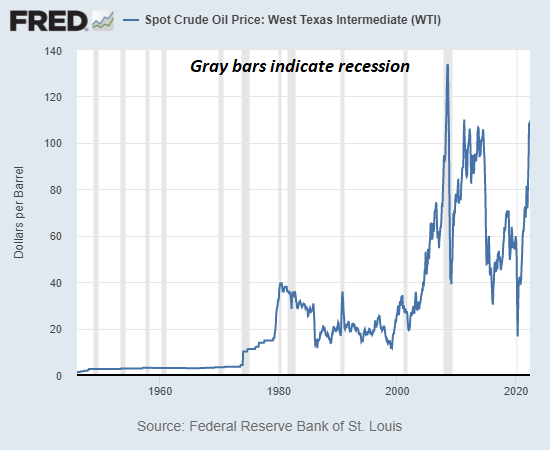