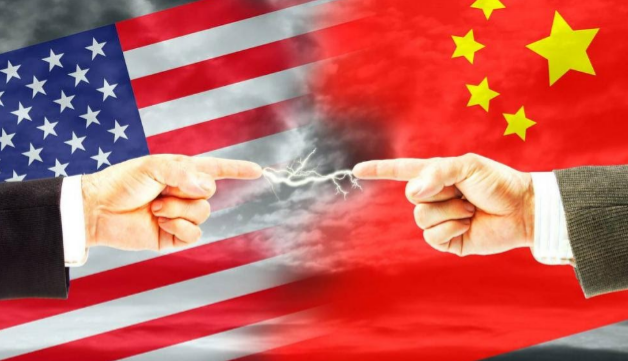 As you already know if you’re a regular reader, my belief is that the people behind the plandemic belong to the transnational usurious empire, i.e. a transnational elite cabal, which through a controlled demolition accelerates the takeover of power from the nation states, with the end game being a world government ruled by unelected technocrats and bankers.

That’s globalism in a nutshell for you.

This offshore empire already holds all the financial power through excessive indebtedness, and has full capability of projecting its ideology world-wide (open borders, anti-white racism, political correctness, gay agenda, etc.); on short, it exercises both cultural domination, aka propaganda and brainwashing through Hollywood and mass media, including social media, and soft power through the financial system (central banking, fractional reserve, perpetual debt).

And in the last year it has become obvious that it also has de facto control over the political class and other power structures known as the deep state, both in the US and the EU.

This usury-based empire is unique in world history, as it does not have a designated HQ (okay, it’s Israel but not many people know that), yet has the ability to operate in the shadows with minimal publicity, being primarily a parasite of the Western world.

Since it has its command centers in Europe and the US (Wall Street in NY, BIS in Basel, the City in London etc.), it is easy to confuse the parasite itself with the West. Because of this “feature”, resources extracted from the rest of the globe appeared to be transferred for the benefit of Western states, in whose territory the parasite has its mailing address and often its home.

See also  Biden to world leaders at UN: "Thank you for tolerance for listening to me."

That being the case, I made very few references to China’s role in this great reset operation, an angle popularized by neocon outlets. However, there are also elements that make me suspect an agreement by which the parasite would have negotiated its relations with a new hegemon (China) in exchange for pushing its old host (the US and Europe) into the abyss.

First, gains for China are increasingly consistent in terms of market share with the decline of the Euro-Atlantic world.

Then China does not seem very active in the hysterically applied covid-related scenarios in Europe and America. For example, China never closed down its economy, never imposed country-wide lockdowns, has its own covid vaccine (not mRNA) etc.

By abandoning the much-claimed principles of democracy, rule of law, human rights, etc. Western societies are now moving in a direction of convergence with China, thus making it more practical to extend the power of assertion and easier to squeeze the “tax base” of the “first world” by a new master when the power shift will happen, i.e. when China becomes world hegemon.

Moreover, the suicidal tendencies in the West seem designed to create chaos, but also to nullify the haze of credibility that the once unanimously envied system (liberal democracy) had.

Both financially and morally, the collapse of the Weimar Republic is now repeating in the US, in a frenzy that is already striking through stridency and purported by the usual suspects.

It is as if an unseen force is working hard to make the Western world seem more ridiculous and aberrant, in an act of continuous sabotage, which is impossible to ignore, but it is ignored by all the power structures, including the secret services (which means the parasite has full control over the institutions).

Don’t get me wrong: this does not mean that the great globalist project is being abandoned.

What we are witnessing for the past 5 years is a dramatic change in the relationship between geopolitical blocs and states (as long as they exist), which is presented as a necessary intermediate stage to NWO.

More precisely, the convergence of systems and an increase in geo-political and economic power for China seems more probable than a direct confrontation, like a hot war between the US and China, which seems to be a favorite topic nowadays, especially in so-called right-wing/conservative circles.

Those people are completely clueless.