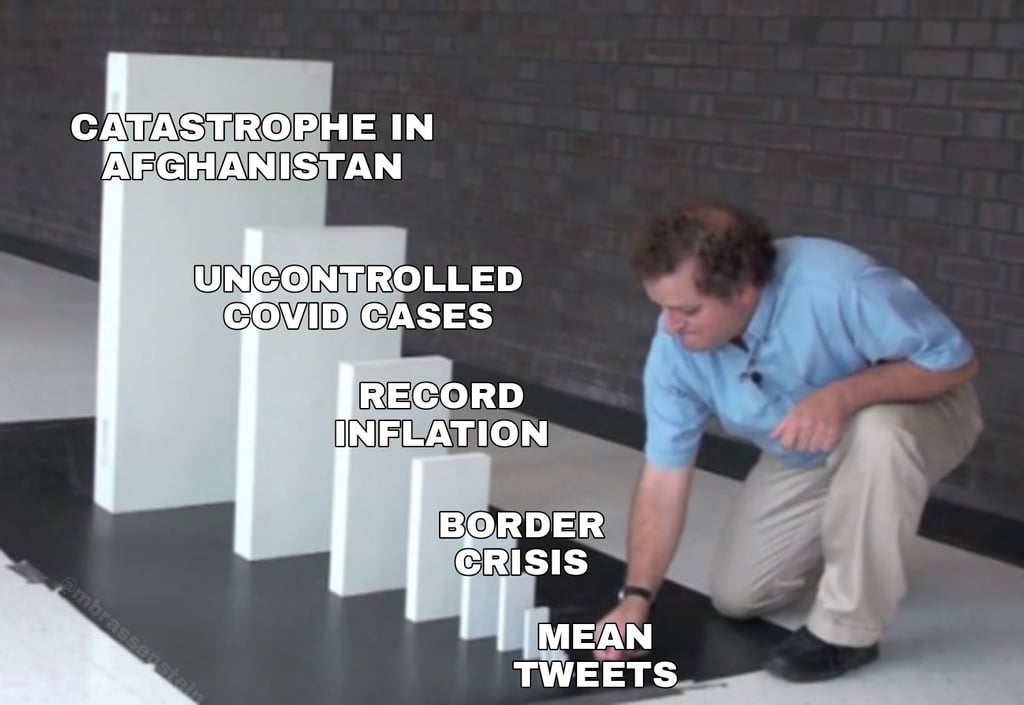 Where the Incompetence Lies. “If President Biden had been comatose for the past two weeks, there’s no reason to believe that the American response to the crisis in Afghanistan would have been better or, indeed, much different. The incompetence lay in the team that the President assembled or, more accurately, that was assembled for him. To the extent that a different Democratic President might have had a different team, it would have been a matter of different faces on the same ideas. The ultimate source of feeble protection of American national interests is feeble attachment to the America that actually is, as opposed to the America that anti-Americans wish to substitute for it.”

Biden’s America: American Wages Drop by Nearly 2% as Inflation Spirals Out of Control