Watch it and spread it, it’s going viral right now:

Accessible Forklift, bricks, and old police cars strategically placed for destruction, cops shown smashing car windows for no reason… Almost as if there will be some benefiting from the reconstruction of cities from bloated budgets that will come. Free Upgrades! 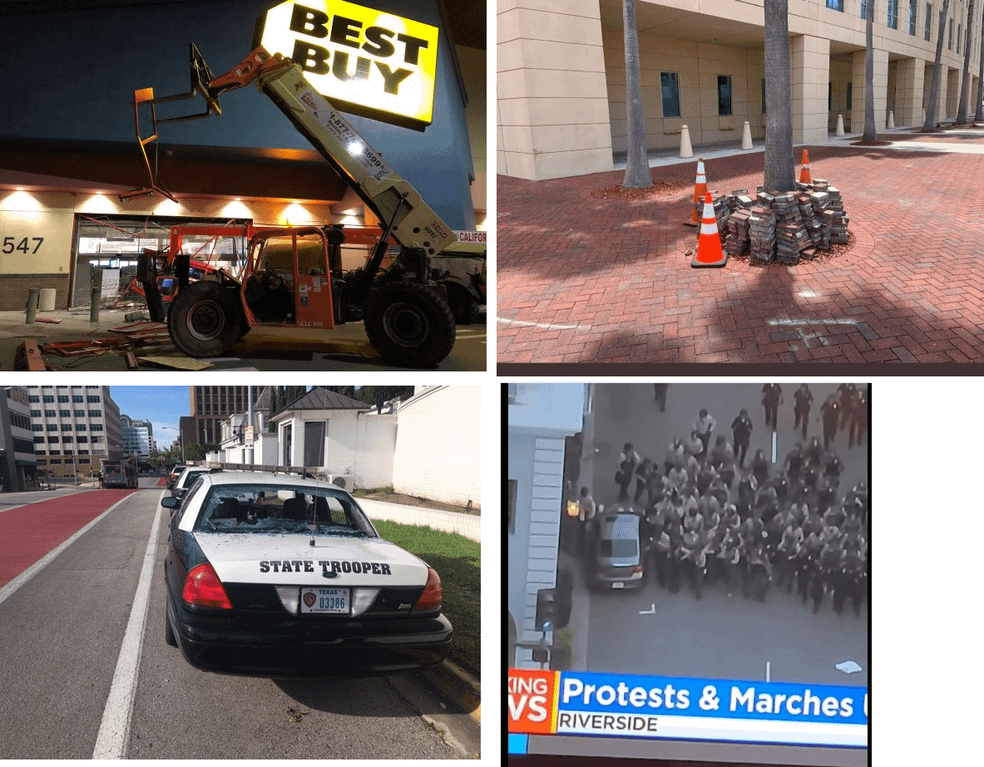 I believe there is some evidence to suggest that there are those that are encouraging the destruction of property by properly placing things in protest hotspots, that would likely get used or destroyed. These cities will get aid so why not ramp up the damage?