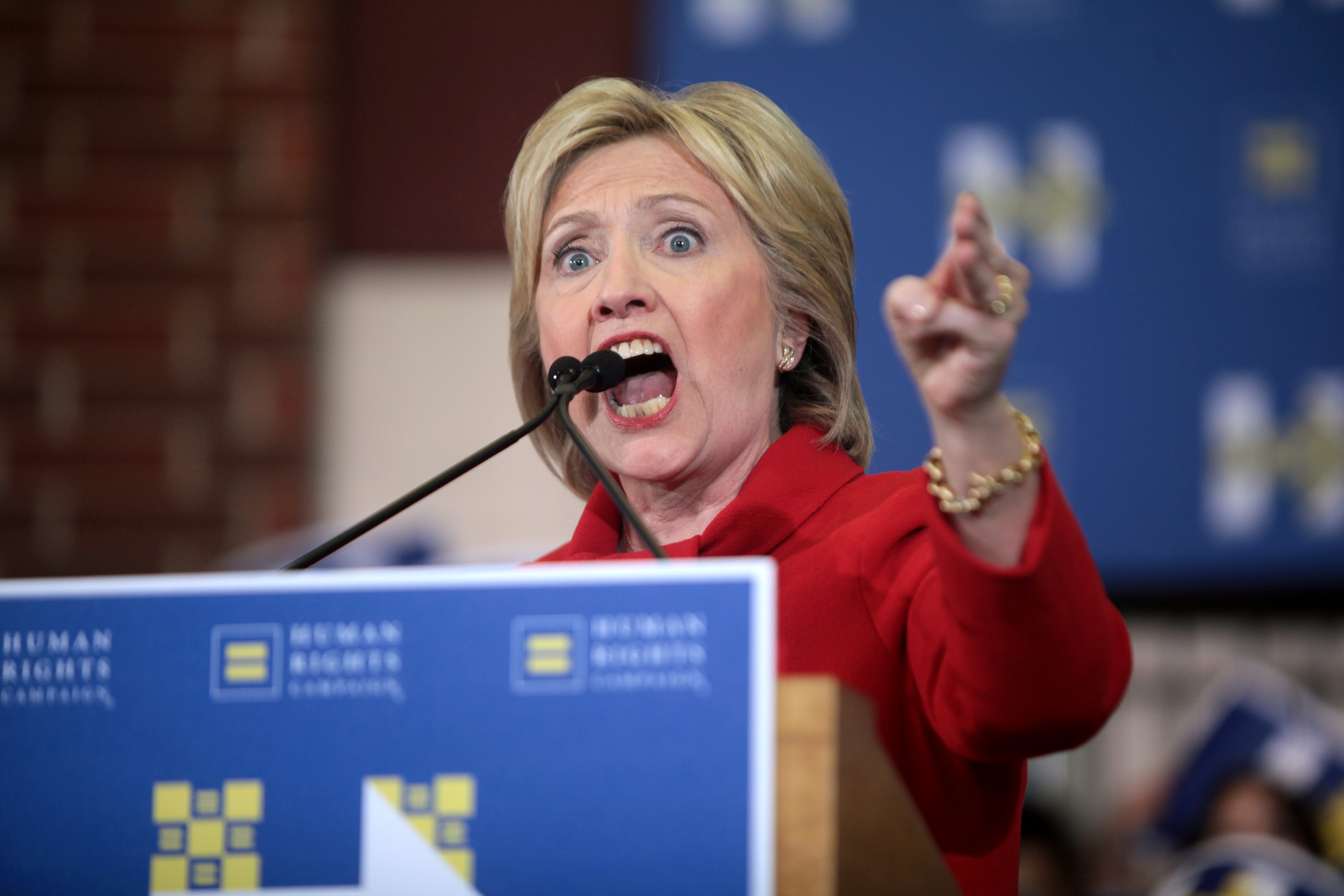 In a wide ranging interview, Hillary Clinton said that she would consider contesting the results of the 2016 presidential election, but is not sure (Constitutionally) how that would work. She claims that the election and Russian interference was a bigger scandal than Watergate. She has blamed just about everything and everyone for her loss, but why does no one ask the real question?
Why is it that despite the entire establishment and media operation against Trump, did he still manage to win the election? Here are a few points worth considering:

The sad truth is that politics is all a show for the people to keep them amused, angry, intent, and compliant. You can say what you like about President Trump (that he’s bad, that he’s a stooge, anything you like), but what he has done is give the American people the impression that the two party system does not have to be what it is. He has shown the country that one man, despised by both parties, can still get to the top. Now it may all be part of the illusion, but we now, once more, have the belief. And false or not, the belief is what’s going to carry us out of the swamp.