I recently highlighted the STUDENT SERVITUDE SHAM operating in America but since then our continuing investigation (which I will summarize below) has  forced us to more appropriately label it a “racket”!   We define “racket” as a business activity which is misleading, not fully “above board” and takes advantage of those less able or informed to take care of themselves.  A “Racket” may or may not be illegal depending on whether our well lobbied legislators have the incentive to make it such.
That said, the harshness of the term pretty well  summarizes the $140B/ Year Student Loan, Finance & Servicing industry in America, which like an Iceberg is mostly hidden, below the surface. With student loans now totaling $1.4T this means that an additional 10% of that sum is being grafted annually from unsuspecting students and parents. 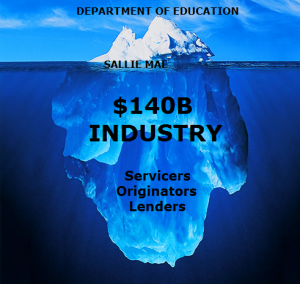 There has been an endless amount written in the last decade about the exploding size of the $1.4 Trillion of student loans outstanding . College tuition and expenses has risen at a financially devastating rate for students and their financially trapped families.  What few however can answer satisfactorily is: Why has this occurred?

We can see from the chart below that this debt inducing juggernaut began gaining momentum in the mid 1990’s but then mysteriously exploded in 2010-2011. What happened in the early part of this post financial crisis decade?
Certainly students didn’t suddenly start wanting to go to college? College operating costs on the other hand didn’t abruptly get more expensive?

To understand the Student Debt Super Nova — Post-2010, we need to understand it in the context of a series of ongoing lift-off stages similar to a rocket launch, each stage accelerating the rocket upward towards a well planned  trajectory. 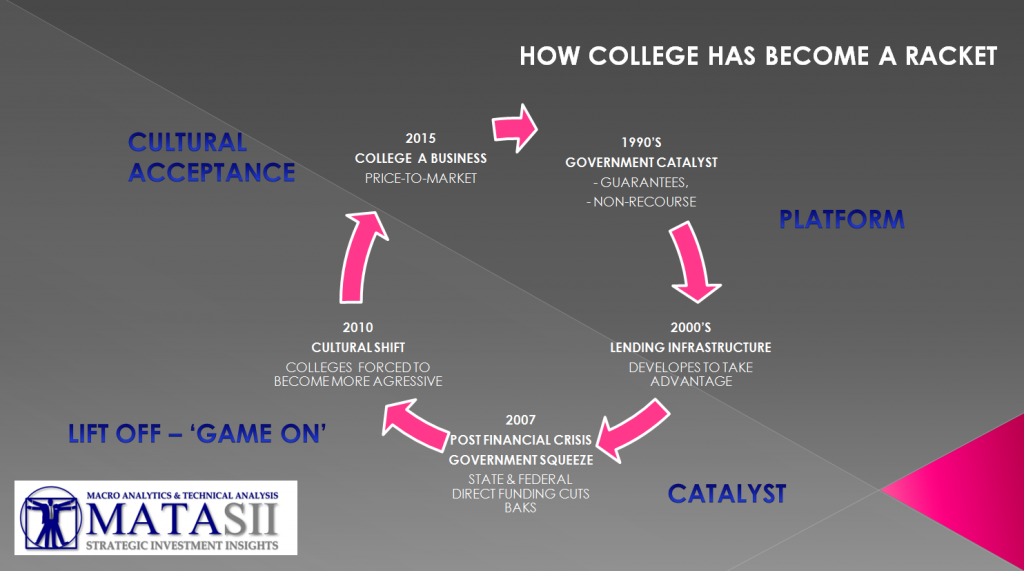 A BANKERS DREAM: A RISK-LESS INVESTMENT
The graphic above illustrates that the rocket was successfully placed in the launch gantry after three pivotal events had been successfully staged:
See also  Everything has become Orwellian...

To the ‘money lenders’ this was a dream opportunity!   An opportunity for “risk free” lending that needed to be fully capitalized on before the magnitude of the mistake was fully appreciated and consumer protection laws changed. 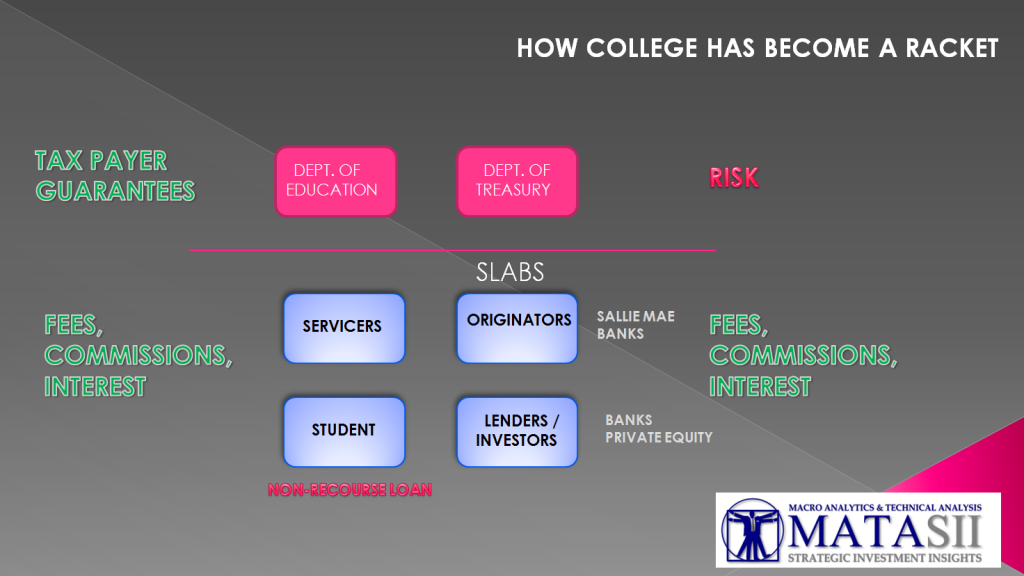 AN INDUSTRY IMMEDIATELY WANTED TO FEED OFF THE GOVERNMENT’S LARGESSE
Like the housing bubble prior to 2007, financial players quickly emerged to grease the skids of easy money and student credit. The $140B industry spun off fees, commissions, interest payments for all manner of services and financing. The explosion in SLABS made CMBS, Auto ABS’, and MBS’ seem like the slow-lane of finance, after all these older vehicles actually carried risk. Major players grew rapidly keeping low profiles and attracting little public awareness. 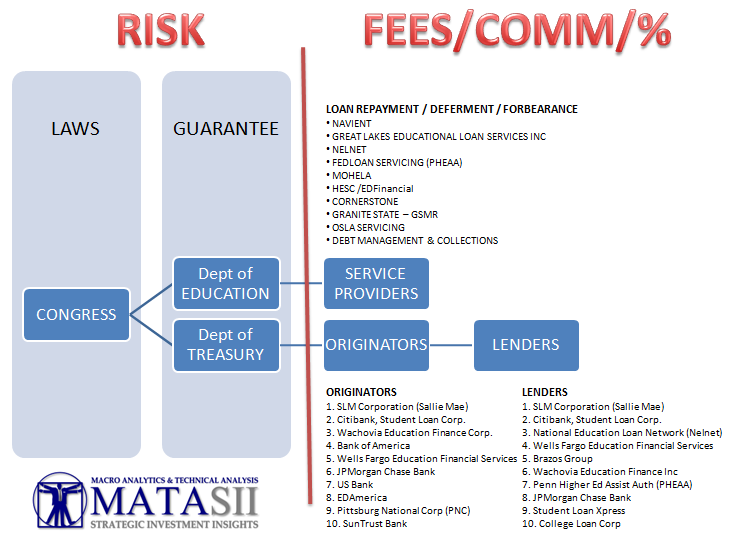 We explore all this and more in a 44 minute video presentation which can be found here.
For the sake of brevity here is what we found most disturbing:

We need to stress that we are not suggesting anything illegal or nefarious is occurring in the Student Loan Industry. We would suggest that lending and servicing practices must be more tightly regulated and much stronger Consumer Protection laws quickly put in place to protect our youth from the destructive ravages of the soon to emerge – ‘unscrupulous’ debt collectors.

9 thoughts on “HOW COLLEGE HAS BECOME A RACKET!”