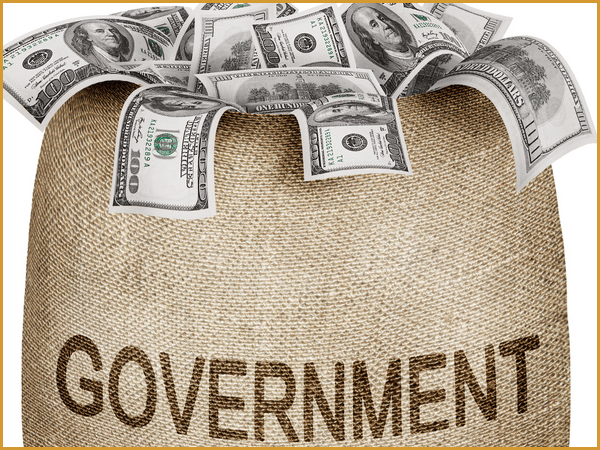 Investopedia defines a budget deficit when “expenses exceed revenue and it is an indicator of financial health.” Referring to the U.S. they added “Accrued government deficits form the national debt.”

According to an official statement released by Steve Mnuchin and Mick Mulvaney at the Treasury, the FY 2018 budget deficit rose 17% over the previous period to $779 billion.

In the same statement, they noted this was “$70 billion less than forecast in the FY 2019 mid-session review.” Even so, it remains the largest deficit since 2012 ($1 trillion).

Mulvaney commented on spending in a CNBC article:

Of course, increasing debt is how expansionary monetary policy is supposed to play out. The Government issues tax cuts or increases spending to drive economic growth.

But the accruing budget deficits have influenced four economic signals that could directly affect your retirement:

2. Spending to pay off the interest accrued by the debt is increasing, to balance the budget.

3. Short-term rates are increasing as a result of the increased spending, to levels not seen since 2008. You can see this in the FRED graph below:

4. Finally, the yield curve between 2 and 10 year bonds is flattening. As of October 16th, it sits at 29 basis points. (Smaller number equals a “flatter” curve).

Together, these four economic signals could put a dent in your retirement plans.

How These Signals Could Impact Your Retirement

The flattening yield curve has historically been a reliable indicator of recessions. If the U.S. were to enter a recession, the enormous accrued deficit would still need to be repaid.

Since it’s unlikely the U.S. would start Quantitative Easing in the near-term, rates would likely start rising at a much faster pace. This may trigger higher than average CPI inflation, which comes with price increases on goods and services.

In addition to inflation, a recent Brookings study identified negative feedback loops resulting from these budget deficits that may cause market panic. Fuel costs could start rising as a result.

It’ also important to note that over 53% of retirees are living on fixed incomes of less than $50,000 per year, according to a recent TCRS study. Price increases will eat up more of that income.

Plus, higher than average inflation can mean higher Medicare premiums that cut further into fixed retiree budgets. This would include eating up recent Social Security cost of living adjustments.

And according to U.S. News, “Treasuries may no longer be [as] risk-free” as they have been in the past. The safe bond investing options for retirees could be limited.

Congress will likely be forced to make hard budgetary decisions in the near term. Who knows what plan they will form with the limited options they have? We are certainly in uncharted territory as we end 2018.