The other day I was flipping through my database of research, saved quotes and most importantly – amusing pictures, and I stumbled upon this gem: 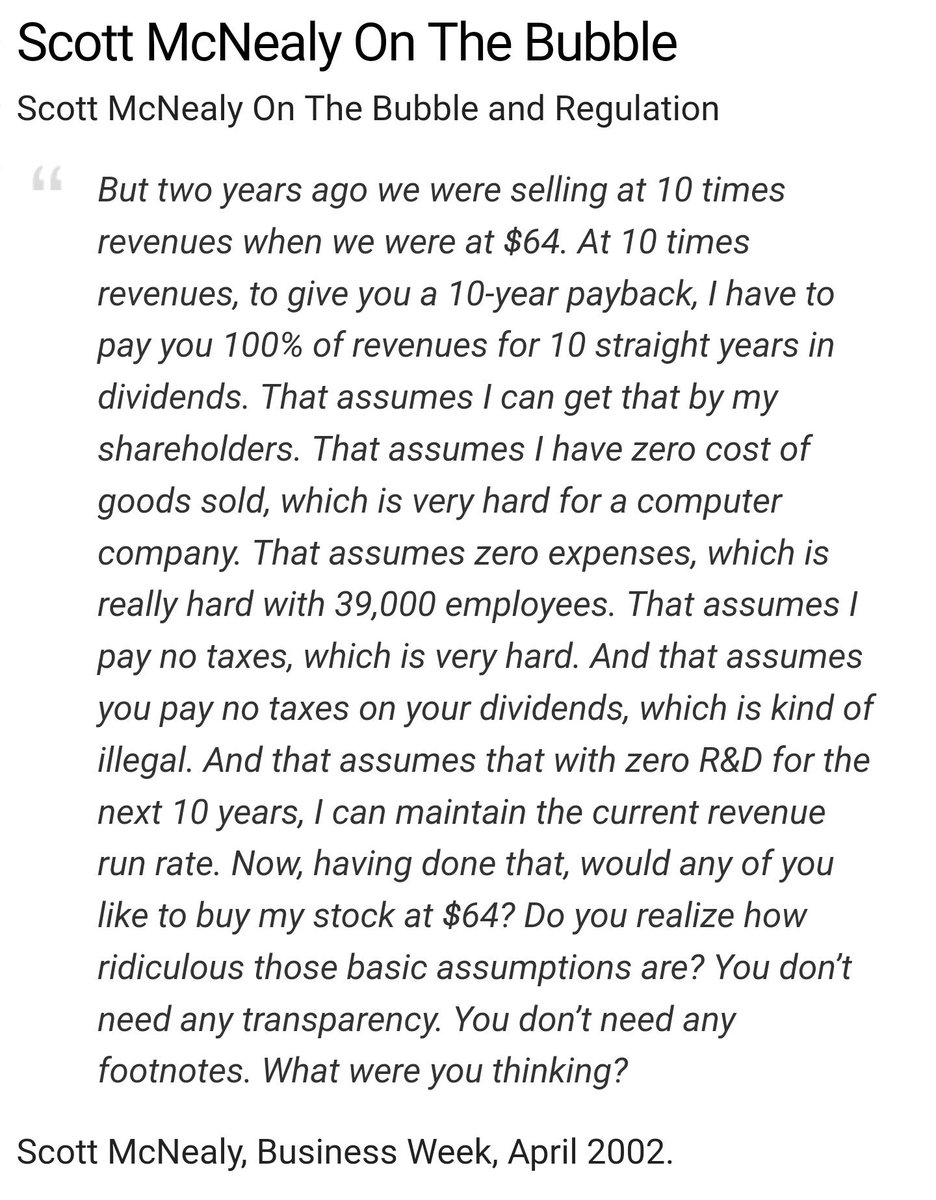 I love this quote because it clearly shows the absurd valuation of SUN Microsystems at the height of the “DotCon” bubble. For those too young to remember, there was a time that trading desks (but more importantly – the rest of the internet server ecosystem) was chocked full of beasts like these.

These computers were the cat’s-meow in serious computing power. Windows PCs were toys compared to these behemoths. I think back with amusement to the time in 1999 when I charged into my senior boss’s office after being turned down by the IT department for a new $40,000 Ultra-80 because I “traded too much already.” Good times.

Anyways, back then, SUN Microsystems was going to rule the world, and Scott McNealy’s company was priced for perfection. Actually I take that back. It was priced so far beyond perfection that it was head-shakingly-stupid.

I posted Scott’s tweet because I wanted to remind readers at how absurd valuations were way back then.

Well, it turns out I lifted this quote from super-nice-guy Jesse Felder’s blog and he was kind enough to send me his post – “What Were You Thinking?.

Ironically, in the context of the entire article, instead of making my point about the relative overvaluation of 2000 versus today, Jesse had some great stats regarding the number of modern-day-SUN-Microsystems that are trading for more than 10-times revenues.

Specifically Jesse, along with the AquirersMultiple.com created this terrific chart that plotted the total number of these over-priced-monstrosities.

In chatting with Jesse, we realized it would be great to have some up to date data for this chart, so we set about creating a Bloomberg query to recreate the data and get the latest values. 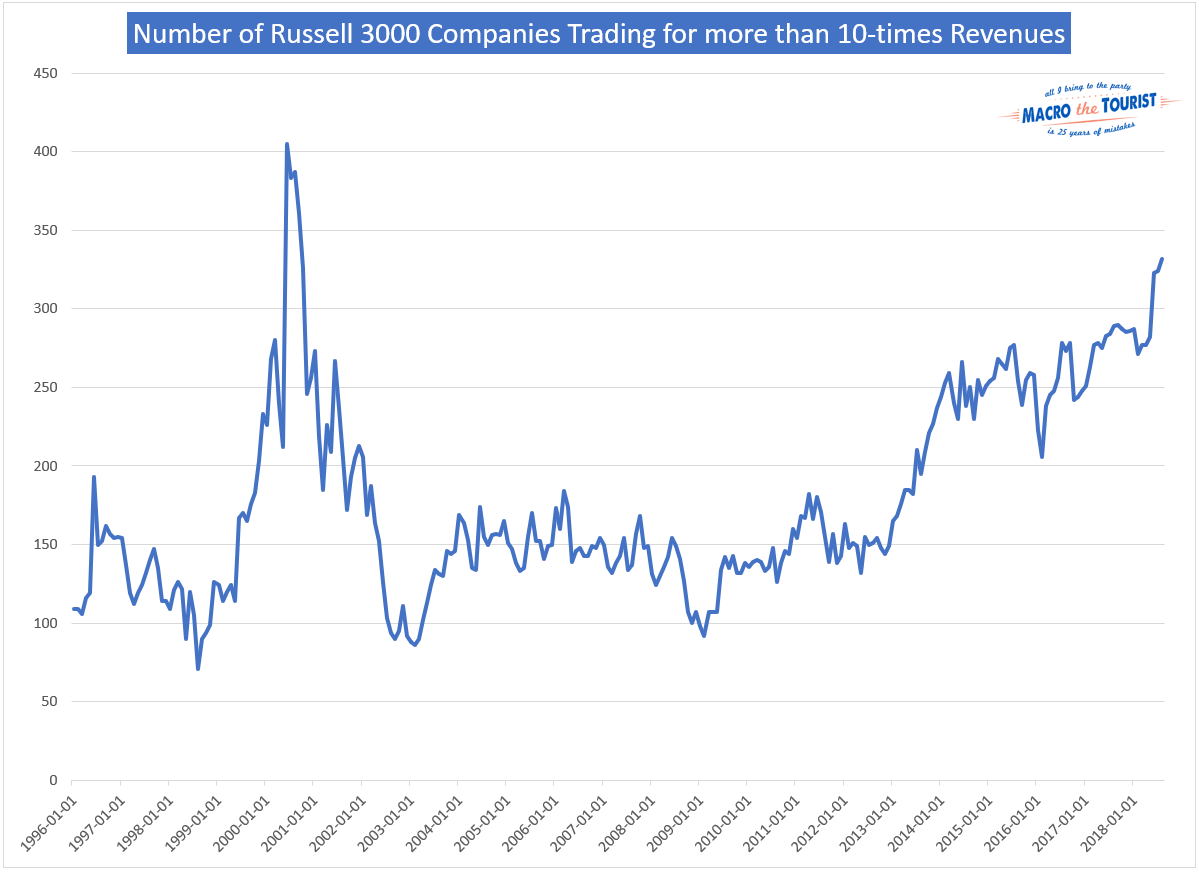 All I can say is Whoa! 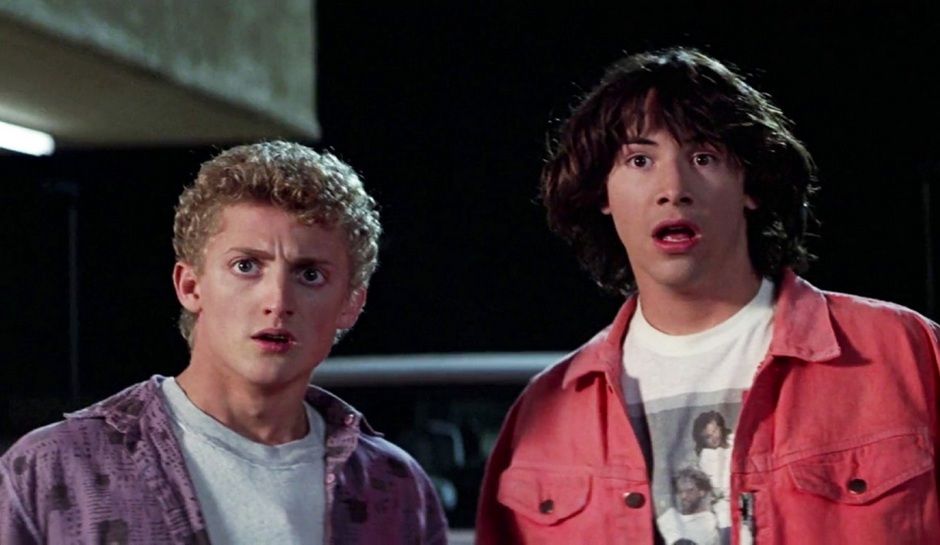 I had no idea.

It’s not 2000-level-of-stupidness, but there can be no denying there is certainly no shortage of 2018-style-SUN-valuation stories out there today.

It’s not what I was expecting, so I have no profound observations, but I thought it would be a good stat to share. I know my bearish brethren (like my pal Jesse Felder) will use this as further ammunition to argue the market is priced for perfection and that this is a disaster in the making, but in my mind, it still doesn’t feel anywhere near as frothy as 2000.

Yet, I need to acknowledge that numbers don’t lie, and according to this metric, we are only a few ticks away from equaling “DotCon” stupidity. Someone phone up Scott McNealy and ask him what he thinks…