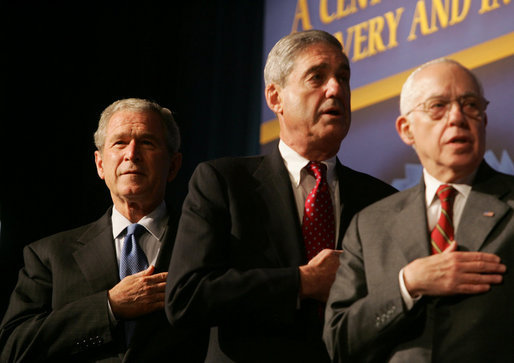 Former Campaign manager to the Trump team, Paul Manafort has turned himself into the authorities after the long-awaited charges were finally filed on Friday. It is not our place to judge his guilt, but we can ask one question…What has this got to do with Donald Trump and the Russian conspiracy?
Back in the summer, the media had a frenzy about the FBI raiding Manafort’s home searching for evidence of money laundering from his days as a Ukraine spin master and lobbyist. According to the filed charges (you can read them here), they’ve found it. But not one of the charges mentions a single word about Donald trump, his campaign team, his presidential bid, or in fact anything whatsoever that you would expect from an investigation into the aforementioned!
So why are the charges coming out now? If I were of a more paranoid bent, I would suggest that since the eruption of at least four major scandals over the last two weeks (all of which concerning Russia, Mueller himself, and the DNC) that Mueller, along with press, are trying desperately to get back to “the narrative.”
It seems fairly obvious that when Manafort’s home was raided and he was warned by prosecutors that he would be facing charges, it was an attempt to get him to roll over on the president and either give up some real evidence or make up some tales to extricate himself. Those who know Manafort personally have stated that “he wouldn’t lie,” (at least not to get others IN trouble, getting himself OUT is clearly a different matter).
So with Manafort refusing to dish the dirt, they have just gone ahead with the charges of money laundering, tax evasion, and of course, lying to authorities about it. Yet this really seems to have nothing to do with the president.
Lest you think this is an indulgent flattery piece that suggests the president can do no wrong, rest assured, I think it highly likely that at some point in time, the president has been involved in some questionable practices (especially with regards to his business dealings). But this is about special counsel Robert Mueller’s investigation, and this has turned up nothing to do with a Trump-Russia collusion deal! So what is the purpose?
Simply, the prosecutors (most of whom were large Clinton donors), Mueller (who was the guy who tried to falsify evidence in the case of trying arrest Julian Assange in Iceland), and the DNC, who have the most to gain by getting rid of Trump, have no realistic route back to power other than forcing the president to leave in disgrace. They have no new policies, no new ideas, and no new candidates…All they have are hints and allegations of some mysterious scandal that even today, with Manafort’s arrest, has still failed to materialize.

READ  New York Unable to Indict Trump on Taxes Because CFO Allen Weisselberg Refuses to Flip on Forty-Five
READ  Donald J. Trump: "I Was Right" (June 12th, 2021): "Have you noticed that they are now admitting I was right about everything
1,522 views

17 thoughts on “Manafort surrenders…What has this got to do with Trump?”