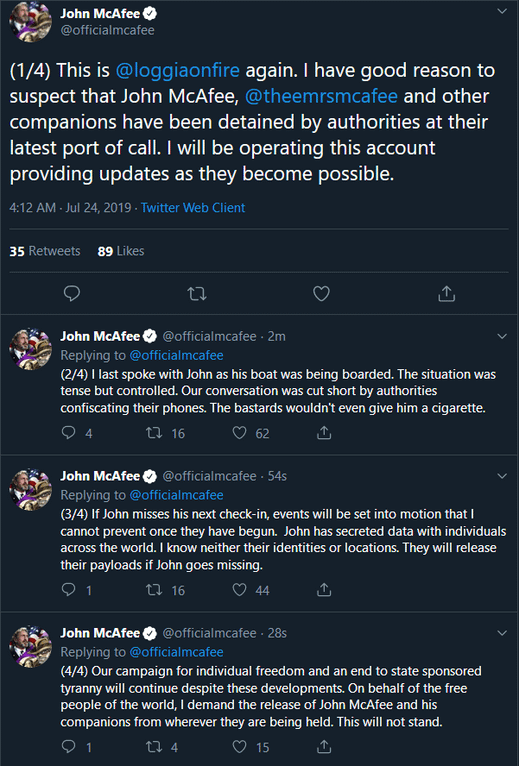 John McAfee is threatening to do a document dump. He’s already dropped info on some agents in the past few weeks on his twitter. He’s fled on a boat to try and evade capture but it appears he’s now being taken into custody. It’s be interesting what his dead man’s switch is.

Some info on who he is and why he’s on the run: