I usually follow the yield curve fairly closely (10 Year T-note minus the 2 Year T-note) as it is usually a good predictor for recessions. Utilizing regression models, seasonal fluctuation models, MA(200), and one of my most trusted models that I usually keep the p-value close to 95.6% on with a 2-4% error rate which doesn’t seem to matter much now that the yield curve is .299.

With 2008 being a result of the banking industry utilizing Collateralized Debt Obligations (CDOs) and multi tiered CDOs I fear the next recession will be due to the renamed CDO the Bespoke Tranche Obligations (BTOs) and particularly the Commercial Real Estate (CRE) BTOs. CRE BTOs are filled with multi family housing loans. Unlike a CDO where you can easily monitor the default ratios of the underlying mortgages you cannot monitor the economic issues in a CRE BTO because when rents are high it is easy for the multi family housing manager to replace tenants with other tenants unlike a mortgage. So in light of that I fear that we will be more deeply in the muck when the bubble bursts because it is currently impossible to detect actually economic issues in the CRE CDOs and that puts me placing the actual next recession taking place in the summer of 2020. 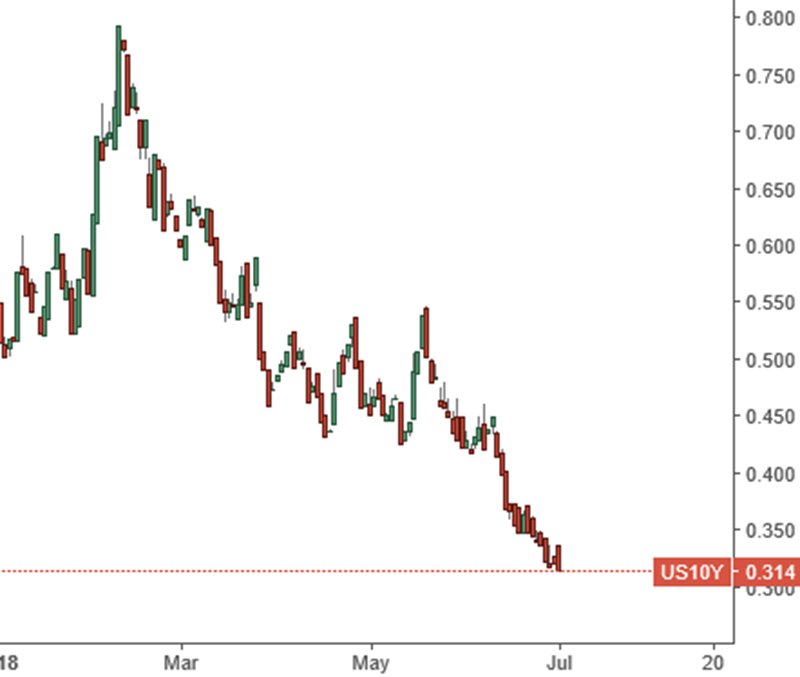 2008 was an outlier, normally a recession occurs faster when the yield curve turns negative.

The yield curve has predicted nearly all of the recessions. It’s concerning though as of the last few days the curve has gone down sharper than I would of anticipated.

Has anyone else done any estimation/predictive work around any other fundamentals that either I can use to contradict my stance? I try to be as robust as possible so I welcome any insights or cooperative information.