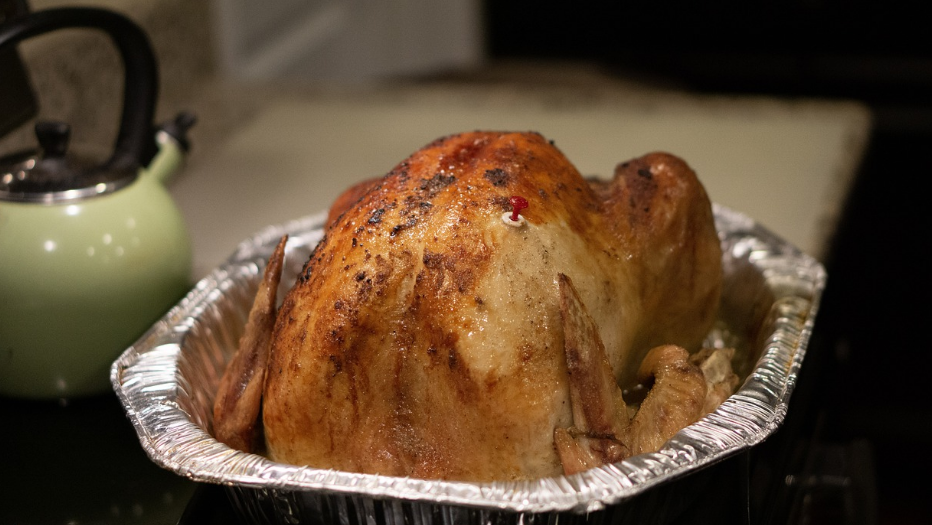 Normally, inflation is not a major theme on Thanksgiving.  Unfortunately, these are not normal times.  Thanks to Joe Biden and our other crooked politicians in Washington, we are facing an inflation crisis that is unlike anything that we have experienced since the 1970s.  Earlier this week, I discussed a new poll which showed that 88 percent of Americans are deeply concerned about inflation, and a different poll found that 67 percent of Americans disapprove of the way that Biden is handling rising prices.  Now Thanksgiving is nearly upon us, and most Americans are finding that their grocery dollars are not stretching as far as they once did.

This is being hailed as “the most expensive Thanksgiving ever”, but don’t worry, because the elite are offering some suggestions for how you can save some money.

For example, NBC News is telling us to “consider not buying a turkey” in order to save some cash.

If that wasn’t offensive enough, they are also saying that “some people think turkey is overrated” and that an “Italian feast” might be a better alternative…

“I know that is the staple of the Thanksgiving meal. However, some people think turkey is overrated, and so it tends to be the most expensive thing on the table. Maybe you do an Italian feast instead.”

I love Italian food, but Americans have eaten turkey on Thanksgiving for generations.

Sadly, many Americans won’t be having turkey this year because it has just gotten too expensive.

Of course NBC has an answer for that too.  They are suggesting that if you tell those you have invited that there won’t be any turkey on the table “some guests may drop off the list, and that’s a way to cut costs too.”

That is what they actually think ordinary Americans should do?

It just makes me sick how the elite talk down to us like this.

The Federal Reserve Bank of St. Louis is being even more offensive.  A few days ago, they encouraged Americans to consider a “soybean-based dinner” because turkey is so much more expensive…

“A Thanksgiving dinner serving of poultry costs $1.42. A soybean-based dinner serving with the same amount of calories costs 66 cents and provides almost twice as much protein”

Over the years, I have tried “alternative” soybean-based products from time to time, and to be frank all of them were disgusting.

And I find it to be highly offensive for the people that actually created this inflation crisis to be pushing Americans toward less expensive and more “eco-friendly” alternatives.

We wouldn’t be in this mess if the Federal Reserve had not created trillions upon trillions of dollars out of thin air over the past couple of years.

And we wouldn’t be in this mess if NBC News and other media outlets had not endlessly promoted the corrupt politicians in Washington that just keep borrowing and spending money as if the future will never come.

We didn’t get here by accident.

What we are now experiencing is a perfect example of cause and effect.  Our insane leaders flooded the system with new money, and now a typical Thanksgiving dinner is 14 percent more expensive than it was last year…

The cost of providing a traditional Thanksgiving turkey dinner to 10 people in 2021 is 14% higher than a year ago, according to the American Farm Bureau Federation’s annual survey.

Thankfully, your income has gone up 14 percent over the past year as well, right?

Sadly, most of you will not be able to answer that question affirmatively.

The cost of turkey is rising at a particularly blazing pace.  At this point, the average price of a 16 pound turkey is $4.60 higher than it was at this time in 2020…

But at least soybean-based dinners are still affordable.

Of maybe you could even eat bugs this year.

The global elite would really love that.

In addition to changing the menu, the elite are also giving us pointers for how to minimize the spread of COVID during our Thanksgiving celebrations.

According to the New York Times, children should wear masks, eat as quickly as they can, and stay as far away from the adults as possible…

I’m glad to hear that the children and all guests are vaccinated. As the kids will not be fully vaccinated until two weeks after their second shot, I think some care is warranted, especially because some attendees are 65 and older and thus at greater risk of more serious breakthrough infections. You could have the kids wear masks, eat quickly and stay away from the older adults when eating.

So I guess that hugging grandma and grandpa is out of the question.

See also  This is such crap. So how is the inflation rate slowing? Are the masses really this uneducated now?

These control freaks really do want to micromanage all of our lives, and those that obediently do whatever they say without thinking are part of the problem.

The truth is that the vast majority of the “experts” that they put on television to tell us how to live our lives really aren’t “experts” at all.

It is all a big con game, and it amazes me that there are still so many people out there that fall for it.

Once you get a look behind the curtain and you realize what a giant fraud their entire system is, there is no going back.

Unfortunately, much of the population is still under their spell, and so we need to work really hard to wake people up while there is still time to do so.

Look, I really do hope that all of you have a wonderful Thanksgiving.

Eat lots of turkey, enjoy your family and friends, and try to smile.

We should find joy in these moments while we still can, because soon everything will change.