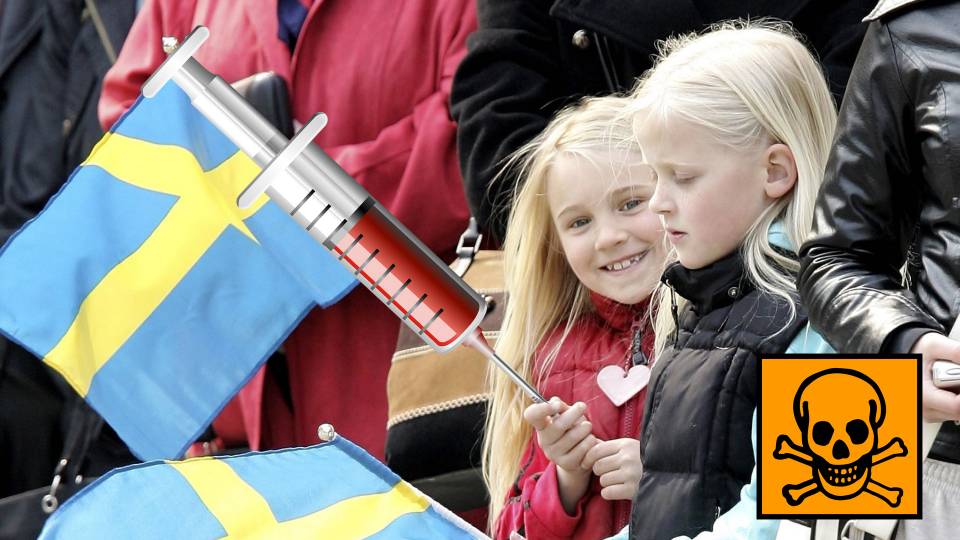 Sweden has banned mandatory vaccinations, citing “serious health concerns” and the fact they violate a citizen’s constitutional rights to choose their own healthcare.
The Swedish Riksdag (parliament) rejected seven motions on May 10 that would have enshrined forced vaccinations into law, stating “It would violate our [Swedish Constitution] if we introduced compulsory vaccinations, or mandatory vaccinations.”
Noting also the “massive resistance (by Swedes) to all forms of coercion with regard to vaccinations“, the Riksdag also made reference to “frequent serious adverse reactions” in children who receive vaccinations.
An English translation of the Swedish report:
“NHF Sweden sent a letter to the Committee and explained that it would violate our Constitution if we introduced compulsory vaccinations, or mandatory vaccinations as was submitted in Arkelsten’s motion. Many others have also submitted correspondence and many citizens have called up Parliament and politicians. Parliamentary politicians has surely noticed that there’s a massive resistance to all forms of coercion with regard to vaccinations.
“NHF Sweden also shows how frequent serious adverse reactions according to the rate at which FASS specifies in the package leaflet of the MMR vaccine, when you vaccinate an entire year group. In addition, one must take into account that each age group will receive the MMR vaccine twice, so the side effects are doubled. We must not forget that, in addition, similar adverse reaction lists apply for other vaccines.
“In the letter, we have even included an extensive list of the additives found in vaccines – substances which are not health foods and certainly do not belong in babies or children. We also included for lawmakers a daunting list of studies that demonstrate vaccination is a bad idea.”
The full report can be accessed here.
redice.tv/news/sweden-bans-mandatory-vaccinations-over-serious-heath-concerns