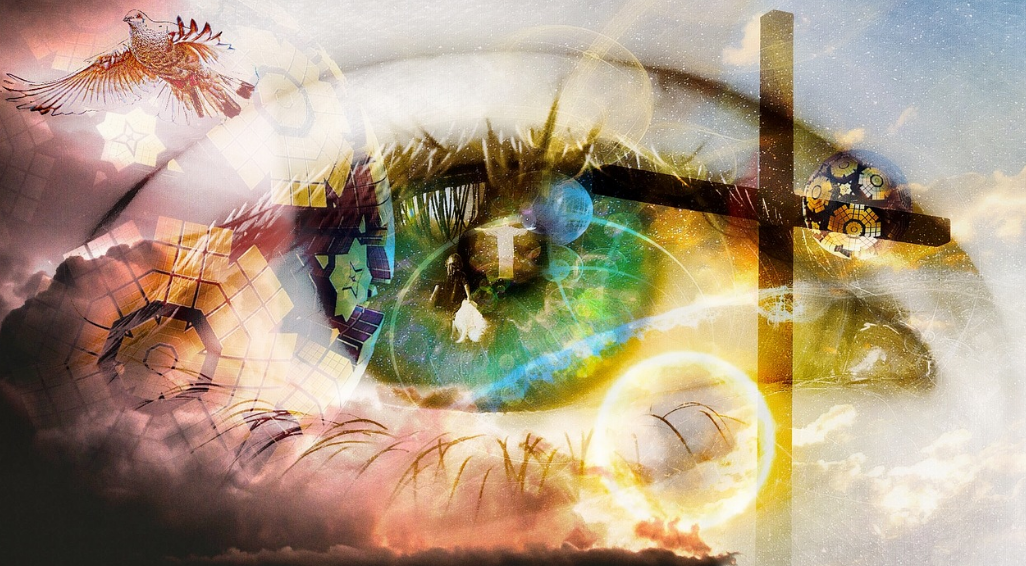 Having the proper perspective can completely change how you view the future.  Yes, without a doubt the past few years have been very rough.  The COVID pandemic ushered in an alarming new era in 2020, 2021 was even worse, and now 2022 has added a major global food crisis, a horrifying bird flu pandemic and the biggest land war in Europe since World War II.  Unfortunately, the truth is that things will get even worse in the months and years ahead.  To many people that sounds like really bad news, but it actually isn’t.

We desperately need someone to hit the “reset button”.  Our culture has been swirling down the toilet for decades, but during the last few years that process seems to have greatly accelerated.

If people from 50 or 60 years ago were exposed to our society today, they would be absolutely horrified by what has happened to us.  But many of us think that everything is just fine, because we have gradually become desensitized to the utter depravity that is all around us.

We are like the proverbial frog in the kettle.  If you try to put a frog directly into boiling water, it will jump right out.  But if you put a frog into lukewarm water and slowly turn the heat up, it will not realize what is happening until it is too late.

At this point, our society resembles a giant open sewer, and it is getting worse with each passing day.  But the good news is that everything is going to be cleaned up and set right.  However, before that happens our world is going to get to experience the full consequences of all the evil that it has so eagerly embraced.

So it is okay to have mixed emotions about the signs of the end times that are happening all around us.  On one hand, the years ahead are going to be increasingly challenging as global events continue to spiral out of control.

On the other hand, all of these events are indications that Jesus is coming back soon, and that should absolutely thrill all of us.

As the signs of the last days continue to be fulfilled, we will want to continuously keep a very close eye on Israel.  On Monday, the Jerusalem Post actually published an editorial that openly called for the rebuilding of the Jewish Temple in the Holy City…

Palestinian terrorists are getting scared as Jews are getting serious about restoring our holy of holies, the site we pray towards every day, and the building we beseech God for repeatedly throughout our liturgy.

On a national level, the rebuilding of the Temple would be a great humiliation to Palestinian terror groups, but on a religious level, the construction of Judaism’s Third Temple would in no way pose a threat to Islam, whose main religious holy sites are in Mecca and Medina.

Responsible Jewish, Christian and Muslim leaders should use this recent wave of Islamic violence to immediately begin discussing practical and peaceful steps for the rebuilding of the Temple on the Temple Mount. It could be done without damaging or disrespecting the Dome of the Rock or Al Aqsa, as part of a future peace plan between Israel and her Arab neighbors to end the plague of Islamic terror once and for all.

I was floored when I first read that.

According to the Bible, sacrifices will start to happen again on the Temple Mount in the last days, but a temple is not necessarily required.  Some have suggested that instead of a new Temple, a structure such as the Tabernacle of David could potentially be set up.  In any event, those of us that are interested in Bible prophecy are watching these developments very closely.

See also  US housing units per capita is now the same as the peak in 2008… do we really have a shortage of homes…?

The Mikdash (Temple) Educational Center in conjunction with Rabbi Hillel Weiss, the former spokesman for the nascent Sanhedrin, has minted a silver coin to promote a practical effort to establish the third temple.

The coin contains 32 grams of pure silver and represents three times the amount of the biblical silver half-shekel that was donated by every Jewish male to finance the daily operation of the temple.

Even in the midst of all the violence that is going on in Israel lately, there is so much enthusiasm for this project.

Unfortunately, there was even more violence on Monday, and a rocket was fired from Gaza into Israel…

Gaza militants fired a rocket into Israel Monday, the Israeli army said, the first such incident in months and a sign that a wave of violence around a Jerusalem holy site could escalate further.

In response, the Israeli air force hit a key military target in Gaza…

The Israeli air force attacked southern Gaza Monday in response to a rocket launched from the strip earlier in the day, according to the military spokesperson. The IDF said that air force fighter jets destroyed a weapons manufacturing workshop belonging to Hamas. Hamas said that militants responded with anti-aircraft weapons, but failed to hit the Israeli jets.

There has been a lot of talk about a potential Chinese invasion of Taiwan, but in my opinion I think that a major war will erupt in the Middle East before that happens.

Emotions are running very high on all sides, and over the weekend a key voice in the Lebanese parliament openly stated that if Hezbollah is given enough funding “there will be nothing left called Israel in the region”…

Mohammed Raad, the head of the Hezbollah parliamentary bloc in the Lebanese parliament declared on Saturday that it would take a mere $9 billion to obliterate the State of Israel.

“The resistance only needs $9 billion and there will be nothing left called Israel in the region,” said Raad, who previously met with French president Emmanuel Macron, according to a news broadcast by Lebanese outlet MTV.

What a horrible thing to say.

But this is how these terrorists actually feel.  They are absolutely obsessed with wiping Israel off the map, and nothing will deter them from pursuing that goal.

Fortunately, they will not be successful.

I assume that Raad wants all of that money for Hezbollah so that it can be spent on more missiles.  This goes right along with the article that I posted yesterday.

Iran is becoming more belligerent as well.  On Monday, the president of Iran issued a very ominous warning…

Iranian President Ebrahim Raisi Monday warned that Israel will be targeted by his country’s armed forces if it makes “the tiniest move” against Iran.

He spoke as talks stalled in Vienna over a deal to rein in Iran’s nuclear capabilities, which Tehran says are used for peaceful purposes. Israel opposes a deal, saying it does not do enough to curb Iran’s nuclear program or its military activities across the region. Israeli officials have said they will unilaterally do what’s necessary to protect their country.

It is just a matter of time before Iran and Israel go to war.

And as I shared in Lost Prophecies, that is one of the signs of the end times that we are waiting for.

But even though there is such a rejection of spiritual things, a lot of people out there still realize that they ultimately have a day of reckoning coming.  Just check out the results of a recent survey from the UK…

The new survey of over 1,000 people in the United Kingdom, commissioned by SpiritShack Ltd, finds 50 percent of respondents believe in an afterlife. Of this group, 60 percent believe everyone experiences the same thing when they die — regardless of their individual beliefs. However, two in three believe scientists will never be able to tell us what really happens when someone passes.

Regardless of whether people think they’re going to heaven (55%) or worry their life choices could end up sending them to hell (58%), the poll finds 68 percent of all respondents have no fear of what comes next. However, 69 percent would rather live another life after leaving this one instead of simply seeing their existence end.

There are so many that are deeply lost and deeply confused, and we need to point as many in the right direction as we possibly can.

Heaven is a very real place, and a woman named Charlotte Holmes recently had an opportunity to personally experience this for herself…

Then Charlotte’s heart stopped. For the next 11 minutes, she was clinically dead. “I was above my body. I could see Danny standing in the corner,” she says. “He had backed up. I could see them, all the nurses around. And then I opened my eyes. I looked around at the beauty. I could see the trees, I could see the grass. And everything was swaying with the music. Because everything in Heaven worships God. I can’t convey to you what Heaven looked like, cause it’s so above what we could even imagine, a million times.”

What an incredible testimony!

According to her account, she even got to see a child that she lost before it was born…

“Standing behind my mom and dad was a light so bright. I couldn’t look upon it. So bright. But I knew it was my Heavenly Father. I saw a toddler. And I can remember thinking, ‘Who is this?’ And I heard my father say to me, my Heavenly Father say to me, ‘It’s your child.’ I lost that child. I was 5-1/2 months pregnant. I can remember them holding the baby up and saying, ‘Charlotte, it’s a boy.’ Then he was gone. So when I saw this toddler, I said, ‘God, how is that possible?’ He says, ‘They continue to grow in Heaven. But there’s no time. It’s eternity.’ So 48 years, and here my child, our child, is a toddler.”

Of course there are countless others that have had similar experiences over the decades.

What will it take to finally get them to wake up?