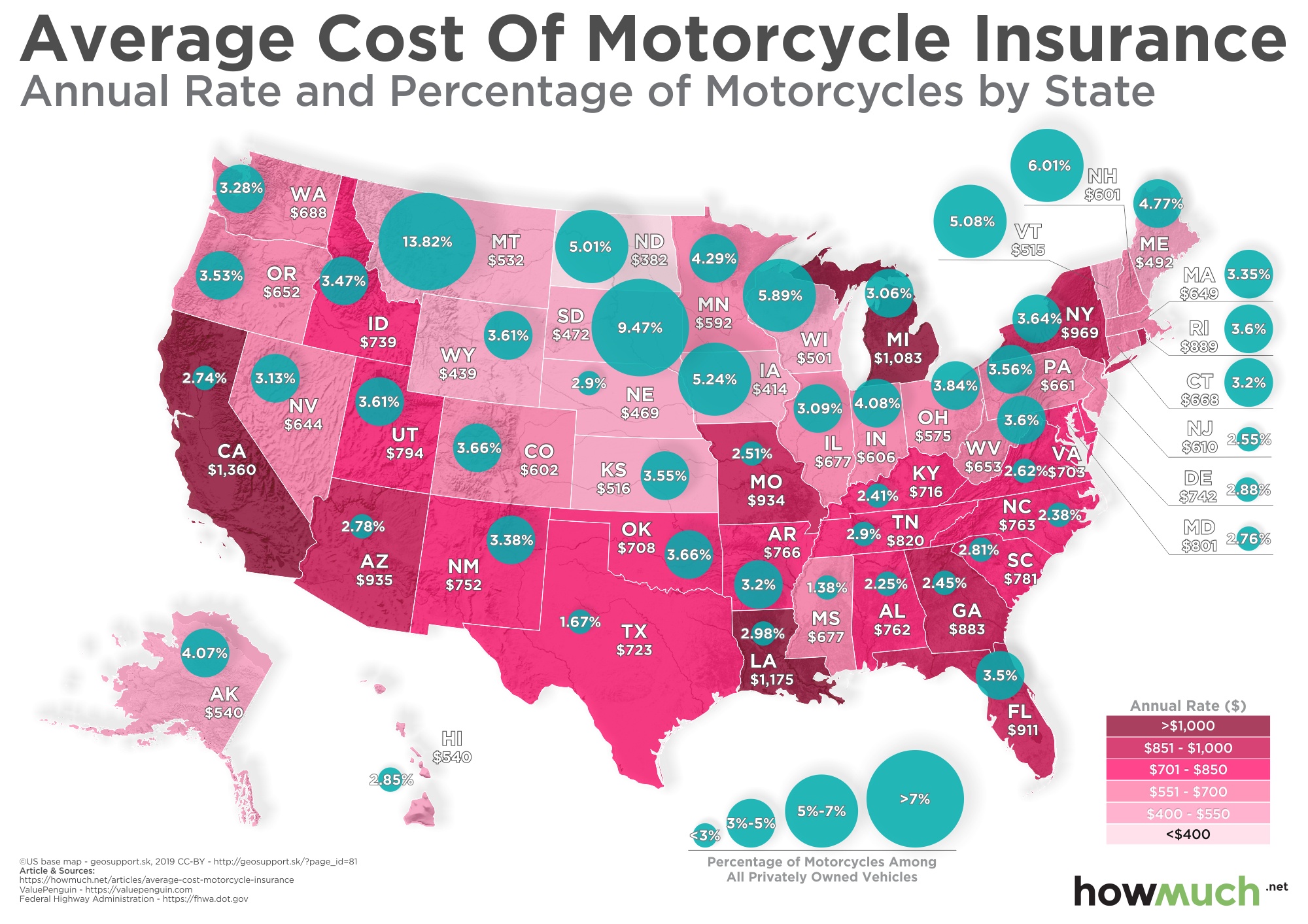 Top 10 Cheapest States for Motorcycle Insurance and % of Motorcycles

We found the data behind our map in two different locations. We took motorcycle ridership figures from the U.S. Department of Transportation for 2017 and how much it costs to insure those motorcycles on average per year from ValuePenguin. We overlaid the two datasets to create a unique snapshot of the motorcycle market, revealing a few interesting trends.

For starters, the cost of insuring a motorcycle varies wildly across the country. It’s as much as $1,360 per year in California and as low as $382 in North Dakota. There are lots of possible reasons for this variation, including how long the driving season is, how many other cars are on the road and how dangerous the roads can be. The same variability can be seen when it comes to rates of ridership. Lots of states have minuscule ridership numbers, like Mississippi (1.38%), Texas (1.67%) and Alabama (2.25%). But other places have a relatively high rate of motorcycles on the road, including Wisconsin (5.89%) and South Dakota (9.47%).

This begs the question about cause and effect. Does the high cost of insurance result in fewer riders? Or does the popularity of motorcycles force insurance companies to lower their rates to stay competitive? We aren’t sure how to answer that question, but certainly President Trump’s trade wars have raised the overall cost of owning motorcycles, especially Harley Davidsons.

If you’re shopping for car insurance, check out our auto insurance cost guide for more information.

Why do you think it costs so much to insure motorcycles in some states, but not others? Let us know in the comments.