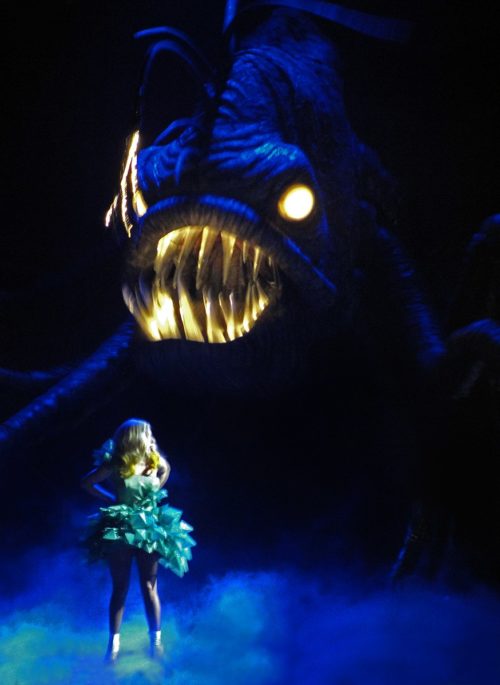 There is, at least, one highly recognized economist who agrees with me that a recession started forming in the summer of 2019 and is still emerging, in spite of the Fed’s strongest efforts to stop it — David Rosenberg:

We recall all too well the euphoria that followed the early 2001 and late 2007 Fed rate cuts and curve-steepening shifts, that then switched to malaise as the recession nobody saw coming took hold in the next few months. The lags between monetary policy and the real economy are both long and variable….

Remember, it cannot be denied that during the [2019] summer months the ‘normalized’ New York Fed recession probability model did breach the 80 per cent threshold, and it cannot be taken back, even if it has receded in response to the Fed’s recent liquidity infusions. The Fed has employed both actual rate cuts, and an aggressive QE4 … fully funded [by] the U.S. fiscal deficit. But, with a typical year-long lag, a recession has ensued after the 80 per cent mark has been crossed in the ‘normalized’ New York Fed model every single time in the past five decades....

While the GDP recession never did materialize [in 2019], the median economic sector stopped expanding mid-year and the portion of the economy that is not the consumer has posted no growth at all in the past three quarters…. Not just that, but corporate profits are set to be in a four-quarter recession…. At the start of 2019, the consensus was for a V-shapedearnings recovery to take hold by year-end, but instead of double-digit growth that the consensus had once penned in, Q4 2019 is now seen as coming in at -0.3 per cent on a YoY basis….

We are also of the same mind in terms of where this is likely going in 2020: (So, I’m not completely without good company with a pedigree far better than my own.)

In classic mature-cycle fashion, we are seeing some cracks emerge in the junkiest parts of the U.S. credit market. This is an area to be focused on as leveraged credits are in an eerily similar situation to what was surfacing out of the subprime mortgage market back in 2007.…

In any event, we are light years away from a stable equilibrium. Leverage, financial engineering and the restructuring of the capital structure that followed the recent M&A wave, have become the defining features of this bull market in risk assets — namely equities and corporate credit. The proverbial canary in the coal mine usually resides somewhere in the credit market (think of LBOs in 1989 and subprime mortgages in 2007).…

It is doubtful that we will have another year where central banks can transform the weakest period for global economic growth in a decade and pull another rabbit out of the hat in terms of massive excess returns for equity and corporate bond investors.

Rosenberg believes, just as I’ve long said will prove to be the case with any QE after QE3, that the Federal Reserve, is now sliding down the back end of the diminishing-returns curve. He also believes the next recession will most likely emerge as many past ones have from the credit market.

What is repo, but the credit market right at its core? It is not the slimiest region of the credit market that one might expect to break first (like leveraged loans) but the most typically boring and stable. I think a breakdown is all the more noteworthy when problems break out on the credit market’s spine in the fundamental area that is usually least prone to troubles. So, let’s keep our eyes on that, as well as the slimy junk sector that Rosenberg calls out.

Where are we now in the Repo Crisis?

A simple chart will give us a clear picture of the aggregate of all operations the Fed has undertaken to stem the Repo Crisis by engaging first in overnight repos, then fourteen-day term repos, then longer repos than that, and finally in outright treasury purchases (again … and forever):

The Fed attained the full half-trillion-dollar response level at the start of 2020, and now it is just maintaining its operations at that line. Half a trillion in response that is now ongoing! That clearly indicates a major tear in the credit markets, and where do you think the entire US (and global) economy would be today if not for the Fed’s rapid response?

At the same time, the treasury’s withdrawals from bank reserves (yellow bars) have been increasing, meaning all those Fed operations have not added that much to the diminished bank reserves that starved the repo market, resulting in the Repo Crisis in the first place; and, so, the crisis continues unabated. (There were, of course, some major failing players behind the scenes as laid out in my last Patron Post.)

Just look at the crazy demand explosion (yellow bars) that has happened to all of the Fed’s recent repo interventions since it first started tapering what it was offering (blue bars), since the Fed first tried to reduce the amount of repo it was offering to the market, to see how its taper went … and, thereby, how ongoing this crisis remains:

Oops! Back to being massively oversubscribed (more bidders than what was offered). The market was having none of this tapering bit.

After several relatively uneventful reverse-repos to close off the month of January, which saw a gradual decline in submission, February has started off with a bang…. Ominously, the massive demand for term repo today means that the liquidity crisis that continues to percolate just below the surface of the market and has clogged up the critical plumbing within the US financial system, is getting worse, not better, and today’s massive oversubscription indicates that one or more entities continues to face a dire shortage of reserves.

The reason the Repo Crisis has not been resolved can be easily explained by that earlier graph showing how much money the treasury is taking out of bank reserves even as the Fed is adding to bank reserves. The US deficit is clearly a constant downdraft now to the Fed’s uplift, locking the Fed into continuing these actions so Fed funds can flow through member bank reserves and into the treasury.

So much for temporary, as the Fed claimed months ago its current actions would prove to be. That is why I am going with calling this new regime QE4ever. With the US treasury sucking so much out of reserves each week, the Fed will no more be able to take this new money back out of the system than it could take its original QE back out ! That doesn’t mean it won’t try, but look out if it does!

Supposedly the Fed is going to get serious about trying to suck the money back out of the monster after the blunt-force trauma tax day will deliver to overnight repos. (Or would if the Fed ended all of this now.) When they do, watch as they scramble right back to QE to see what form it takes next. This monster will be a shape shifter because the Fed has to maintain the lie that it is not permanently financing the US debt.

Gee! Guess what? They’re already preparing the way. Here is an excerpt of their January 29th implementation note from their December FOMC meeting — the one in which the Fed noted the economy was slipping from “strong” household spending to “moderate” household spending:

Effective December 12, 2019, the Federal Open Market Committee directs the Desk to undertake open market operations as necessary to maintain the federal funds rate in a target range of 1-1/2 to 1-3/4 percent. In light of recent and expected increases in the Federal Reserve’s non-reserve liabilities, the Committee directs the Desk to continue purchasing Treasury bills at least into the second quarter of 2020 to maintain over time ample reserve balances at or above the level that prevailed in early September 2019.… In addition, the Committee directs the Desk to conduct overnight reverse repurchase operations (and reverse repurchase operations with maturities of more than one day when necessary…) in amounts limited only by the value of Treasury securities held outright in the System Open Market Account … by a per-counterparty limit of $30 billion per day.

Household spending may be tapering, but the government’s isn’t. (And this is how government deficits cripple us insidiously from behind the scenes. It doesn’t have to happen by the government defaulting on its debt, as everyone presumes.) Fed re-easing, which was supposed to taper in January and end in April, is now extended more vaguely via continued repos and treasury purchases “into the second quarter,” which is tacit permission to continue to the end of the second quarter if need be. And that is qualified even further with a little “at least,” which means the conductors of Fed policy have been given permission to go further if and “when necessary.”

Maybe the monster that is still emerging from the Fed’s original quantitative tightening will eventually be known as the “Repo Recession” or just “the Repossession” for short (a.k.a., “The Repocalypse”).

(Become a patron today, and I’ll give you immediate access to my exposé that reveals who the AIG-size player was that was circling the drain last fall. Without this Fed intervention — translate bailout — its collapse would have been as devastating as anything that happened in the Great Recession. I’ll even tidy up the typos that were plentiful because I was so anxious to get the news out.)