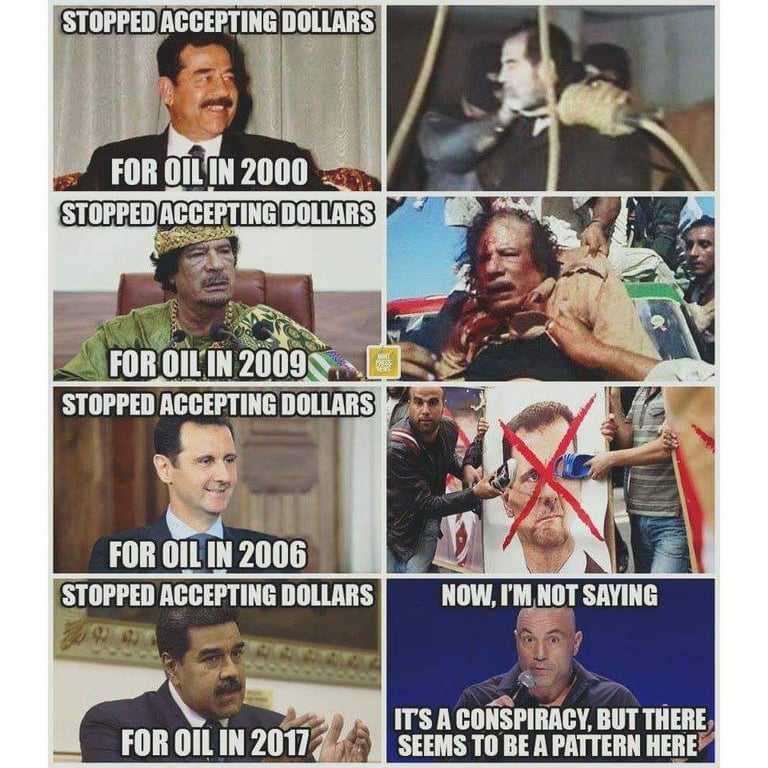 Foreign Exchange: Saddam Turns His Back on Greenbacks

Europe’s dream of promoting the euro as a competitor to the U.S. dollar may get a boost from SADDAM HUSSEIN. Iraq says that from now on, it wants payments for its oil in euros, despite the fact that the battered European currency unit, which used to be worth quite a bit more than $1, has dropped to about 82[cents]. Iraq says it will no longer accept dollars for oil because it does not want to deal “in the currency of the enemy.”

It’s also pretty funny what kinds of conversations were happening behind closed doors when Bush was in office.

2003 “extremely sensitive” memo between President Bush and Blair on provoking war with Iraq:

The president raised three possible ways of provoking a confrontation. “The U.S. was thinking of flying U2 reconnaissance aircraft with fighter cover over Iraq, painted in U.N. colours,” the memo says, attributing the idea to Mr. Bush. “If Saddam fired on them, he would be in breach.” It also described the president as saying, “The U.S. might be able to bring out a defector who could give a public presentation about Saddam’s W.M.D.”

See also  President Biden denies there is an inflation problem

Meanwhile, the only WMD we found were old rusty shells that the West supplied Saddam with so he could kill Iranians. This is in contrast to claims by the US that he had a new WMD program. Some of them were leaking and they covered up the troops being exposed to it when they were digging them up.

Money media and wire services had some coverage but the networks appear to be mum on it.

Watch the latest from Jimmy Dore…the Koch bros are implicated as well.