ALEXA, WHAT IS A BLOW OFF TOP? pic.twitter.com/P6VcsFmkEC

FUNDAMENTALLY SPEAKING: With the markets closed yesterday we take a look at Q2-Earnings. While the tax-cut surge is evident, the question of sustainability of growth arises. $SPY t.co/Cdtc9KfEVq pic.twitter.com/u7cVVnZVYo

I sincerely believe that @hussmanjp will be exonerated. This profit-margin corrected CAPE includes provisions for overvaluation AND elevated (but normally mean-regressing) profit margins. A regression to and through the mean will be a widowmaker. It will not be just a correction. pic.twitter.com/FgNiRO79sK

“I am aware of no plausible conditions under which current extremes are likely to work out well for investors. From current valuations, we expect that the total return from passive investment strategies will average less than 1% annually over the coming 12 years.” 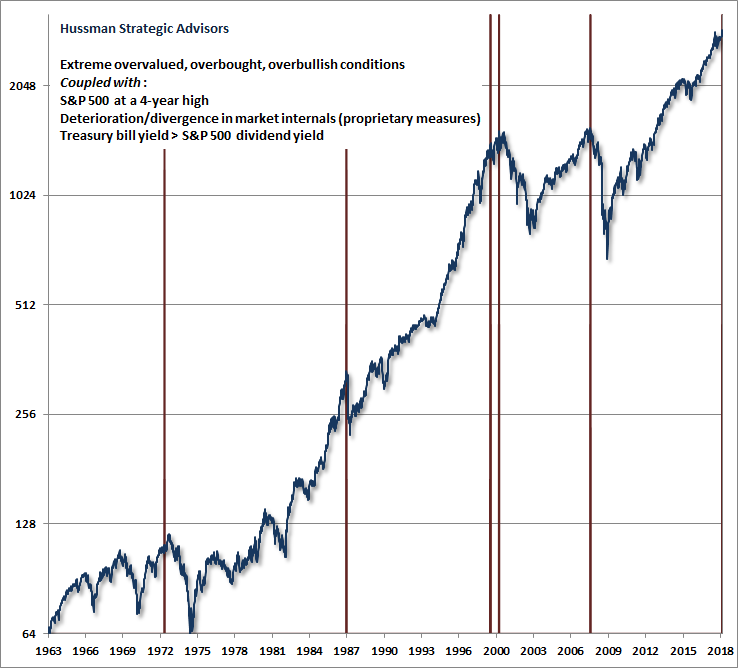 Markets are 'greedy' in 2018 🙈🙉🙊 when they should be like Steve Carell's character in 'TheBigShort'= skeptical🤨 pic.twitter.com/osIuCU7vup

@neelkashkari Connect the dots in the picture to attain enlightenment

Global #QE is fast-fading, but its the non-US Central Banks that are reversing QE by most! Are we all looking at the US #Fed too much? pic.twitter.com/QWfs9F2JTV #CentralBanks