President Trump starts off 2020 having presided over a lower average unemployment rate than any president at a comparable point in office in recorded history.

On Friday, the Bureau of Labor Statistics reported that the unemployment rate held steady at a historically low 3.5% in December. Since February 2017, Trump’s first full month in office, the monthly unemployment rate has averaged 3.9%. No prior president has averaged less than 4% over the first 35 months of his presidency. The closest was Dwight Eisenhower, when the rate averaged 4.3% between February 1953 and December 1955. 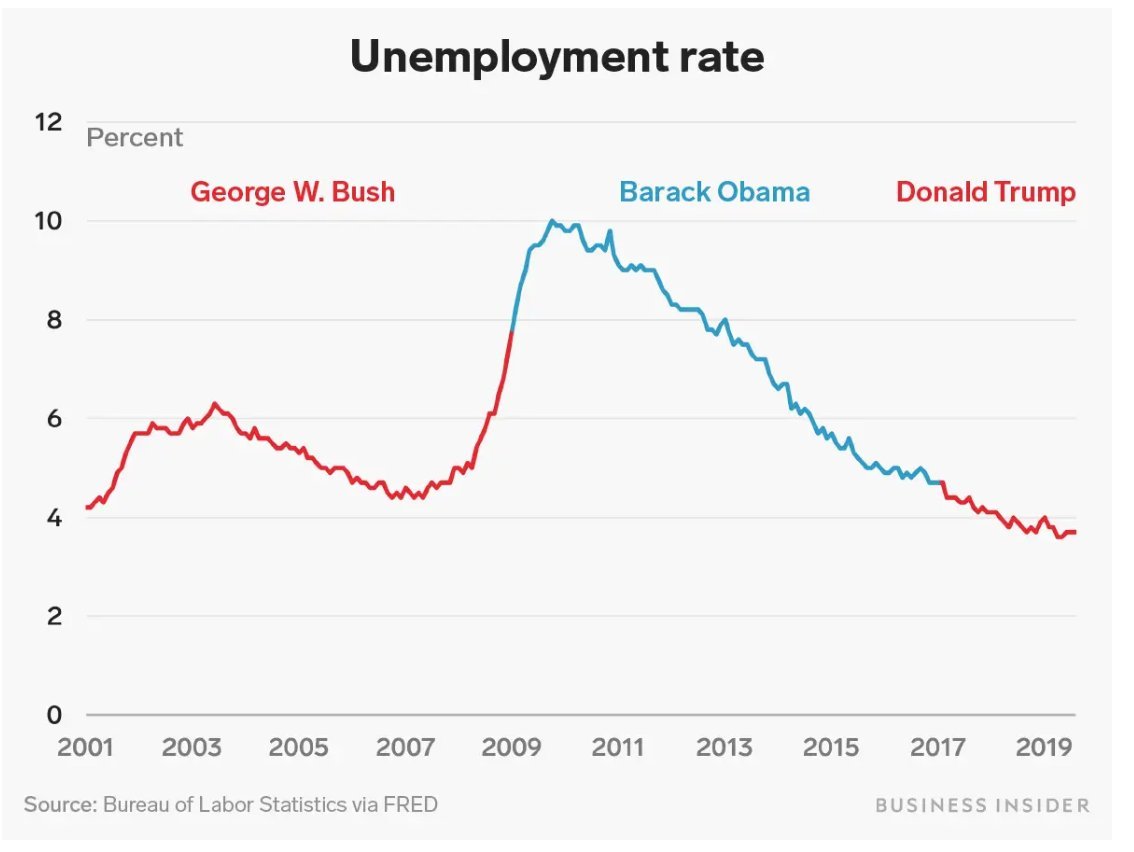