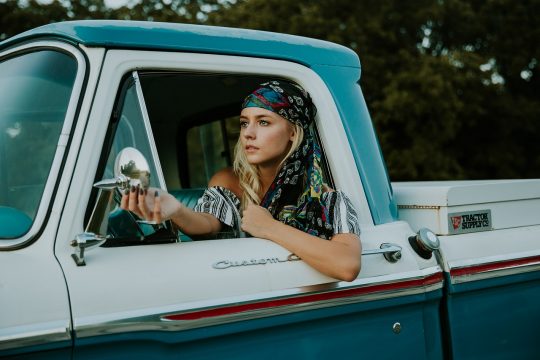 The middle class has been steadily shrinking, but most Americans still believe that they are a part of it.  Perhaps this is due at least in part to the egalitarian values which have been pounded into our heads for most of our lives.  Very few Americans would have the gall to define themselves as “upper class”, and I have never met anyone that would describe themselves as “lower class”.  In place of “lower class”, many politicians now like to use the much more politically correct term “working class”, but a more apt description might be “the working poor”.  Today, half of all American workers make less than $30,533 a year, and you certainly cannot support a middle class lifestyle for a family with children on that kind of income.

Our incomes have stagnated as the cost of living has soared, and the middle class has experienced steady erosion as a result.  But despite all that, 68 percent of all Americans still consider themselves to be “middle class”…

In reality, the middle class now makes up just over 50 percent of the total U.S. population, according to a recent report from Pew Research Center, which used 2016 data. That’s compared to 61 percent in 1971.

So according to that survey, somewhere around 18 percent of all Americans wrongly believe that they belong to the middle class.

There are 325 million people living in the United States today, and so we are potentially talking about 58 million people that think that they are middle class but really aren’t.

Other surveys have come up with similar numbers.  For example, one recent survey discovered that 22 percent of non-middle income Americans identified themselves as middle income…

Of course even if someone can be defined as “middle income” does not necessarily mean that things are going well.

Today, most Americans are living paycheck to paycheck at least part of the time.  Living on the edge financially can be a constant source of stress, and it can easily start taking over your entire life.  To illustrate this point, I would like to share with you a short excerpt from a recent article by Lauren Wellbank…

Like so many Americans, we struggle to get by each and every month. The compounding interest we rack up by always being a breath away from being broke plays a large role in that. We pay interest on purchases that we can’t afford to pay out of pocket in the moment (like our electric bill when my pay was short last month), and then we pay late fees when we have to take advantage of that grace period. Our monthly payments never go down because we can’t get out in front of any of it.

All of this has a psychological and emotional impact. I’m constantly running our budget through my mind, trying to reassure myself that the numbers will work out this month. I’m never not thinking about money. I dread going to the store or having to buy gas because each purchase moves us closer back down to that zero balance. The anxiety over our finances never goes away.

Have you ever been there?

Perhaps you are there right now.  If so, you are definitely not alone.  Most American families are deeply struggling, and it is getting worse with each passing year.

Meanwhile, the folks at the very top of the pyramid have been thriving.  In fact, one study discovered that the gap between the wealthy and the poor in the United States is the largest that it has been since the 1920s.

We truly are living in a “new Gilded Age”, and the biggest winners have been those in the “top 0.1 percent”.  The following comes from Matthew Stewart…

It is in fact the top 0.1 percent who have been the big winners in the growing concentration of wealth over the past half century. According to the UC Berkeley economists Emmanuel Saez and Gabriel Zucman, the 160,000 or so households in that group held 22 percent of America’s wealth in 2012, up from 10 percent in 1963. If you’re looking for the kind of money that can buy elections, you’ll find it inside the top 0.1 percent alone.

It has been said that money cannot buy happiness, and that is true.

But without a doubt the numbers show that there are some tremendous disadvantages to being poor.  Here is more from Stewart…

Obesity, diabetes, heart disease, kidney disease, and liver disease are all two to three times more common in individuals who have a family income of less than $35,000 than in those who have a family income greater than $100,000. Among low-educated, middle-aged whites, the death rate in the United States—alone in the developed world—increased in the first decade and a half of the 21st century. Driving the trend is the rapid growth in what the Princeton economists Anne Case and Angus Deaton call “deaths of despair”—suicides and alcohol- and drug-related deaths.

Unfortunately, economic conditions are starting to deteriorate once again, and it is those at the bottom of the totem poll that are going to feel the pain first.

The period of relative stability that we had been enjoying is rapidly ending, and just about everyone can see that hard times are ahead of us.

Considering that major corporations have been busy shedding workers, it follows that corporate finance leaders see a U.S. recession ahead. Evidence of a slowing economy has been popping up, including recent large-scale cuts in head count by U.S. corporations such as General Motors and Verizon.

Eighty-two percent of chief financial officers polled believe a recession will have started by the end 2020, and nearly 49 percent think the downturn will arrive sometime next year, according to the Duke University/CFO Global Business Outlook, released Wednesday.

This is yet another example of the major psychological shift that is taking place in our nation.  The overwhelming consensus is that economic activity is going to slow down, and it won’t be people with millions of dollars in their bank accounts that will be suffering.

No, once again it will mostly be people that are barely getting by that will be losing their jobs and their homes, and nobody is going to come riding to their rescue.