Uncle Joe’s speech from last night was pretty based. We must celebrate this speech, as we’re watching the collapse of the evil empire in real time:

He correctly said that the US spending 20 years in Afghanistan cannot be defended anymore (no more resources maybe?), as we’re not nation builders, and Al Qaeda has been defeated, Colonel Usama Bin Laden is dead and all that.

Okay, now do Iraq and Syria if you’re being serious.

The FAA has issued Temporary Flight Restrictions for the rest of the week in Wilmington. Looks like Joe Biden is going right back on vacation after addressing the nation.

Real men look like the Taliban.  I bet you don’t find any of them thinking about reassignment surgery. 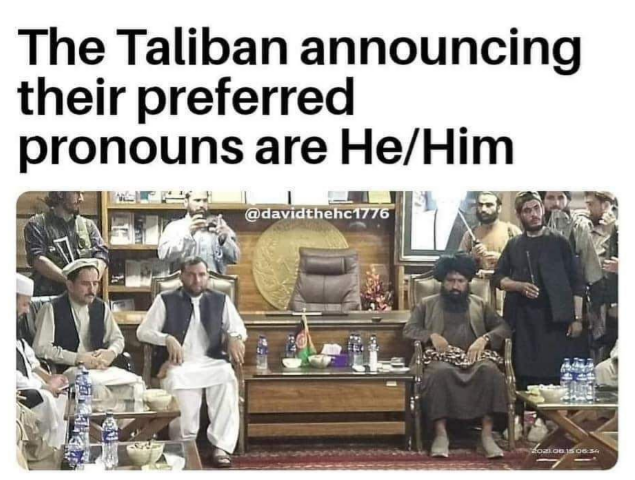