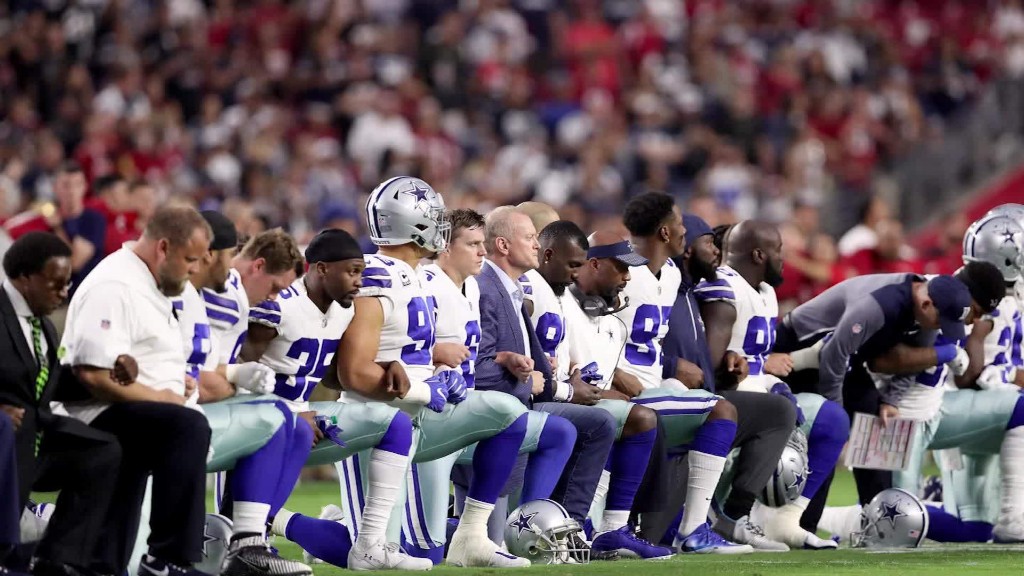 Conservatives seemingly got a victory this week when the NFL decided to change its policy regarding the national anthem. The NFL decided that players would be allowed to stay in the locker room while the national anthem plays, but the players and personnel that stay on the field will be required to stand for the anthem. President Trump reaffirmed his support for the decision by saying that players who don’t stand for the national anthem maybe “shouldn’t be in the country.” Leftists were outraged. This is a lot of controversy for such a small gesture, but I feel that both sides are missing a crucial point.

Seeing as the conservatives have been the ones promoting free speech in recent years, does it really make sense to encourage the NFL to limit the players’ expression. I know, the NFL is perfectly within their rights to make this rule. They are a private entity and therefore not bound by the First Amendment in the way the government is. But shouldn’t we be pressuring private companies to respect all our free speech.

Think about what social media companies have done in recent years. They have demonetized and censored conservative content on YouTube. They shadow ban and ban conservatives on Twitter. They routinely throttle conservative pages on Facebook. And they are perfectly within their rights to do all of these things because they are private companies. They are companies so large and influential that many conservatives have no place else to go.

As Evelyn Beatrice Hall once said (often attributed to Voltaire) “I don’t agree with what you say but I will defend to the death your right to say it.” This is how we should view the speech of our political enemies. If one private company gets away with censoring speech and expression, then other companies will see that they can get away with it as well. We may not be able to use the courts against them, but we can use the power of markets against them any chance we get.

If you are patriotic, I know it infuriates you when people disrespect the flag and national anthem. But our founders and military personnel didn’t put their lives on the line for symbolism. They made sacrifices for the principles of freedom, including your freedom to express yourself however you see fit. Communists and fascists are the ones who put limitations on speech and expression; not freedom-loving Americans. We can’t use the First Amendment against these companies, but we can use our influence in the marketplace to put pressure on the companies that go against American values.

READ  I Want To Talk About Telehealth
READ  Charles Schwab (schw) about to explode
1,657 views