We’ve seen it time and time again: politicians will promise voters the positive change that they desire, only to conform to the current power structure in the end. Obama promised hope and change; Bernie promised much of the same, and then endorsed Crooked Hillary; and Trump will likely cave to the establishment as well, if he hasn’t already. And let’s not forget that all the people I just mentioned are strongly implicated in one instance of corruption or another. So, why does almost every politician turn out to be unethical?

To answer this question, let’s consider the teachings of one of the most influential thinkers of all time, Machiavelli. Almost 500 years ago, Machiavelli wrote “The Prince”, which is essentially a manual that teaches leaders how to acquire and hold on to power. This book was greatly admired by famous leaders such as John Adams, Napoleon and many other powerful leaders throughout history. 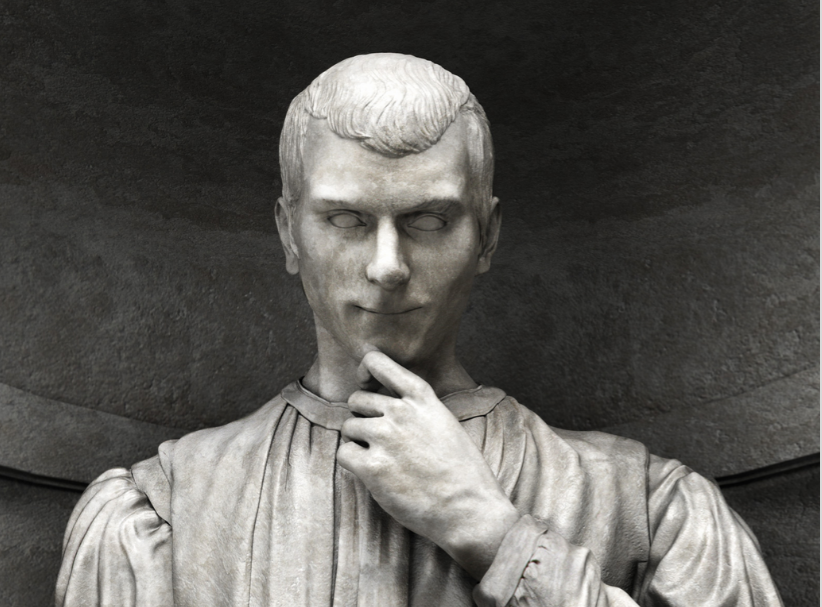 I highly suspect that among today’s most powerful leaders, a large majority of them have studied Machiavelli’s writings. To help convince you of the same, I will now show you some of his most famous teachings.

Machiavelli thought that the State should primarily accomplish its goals through the means of warfare. To him, war was the predominant way to gain and maintain power over populations.

“A prince must not have any other object nor any other thought… but war, its institutions, and its discipline; because that is the only art befitting one who commands.”

Therefore, it is no shock that the most powerful governments (currently the US) are almost constantly at war. Without militarization, the US could not maintain power over people.

Machiavelli was also a staunch promoter of deception.

“Everyone sees what you appear to be, few experience what you really are.”

“The vulgar crowd always is taken by appearances, and the world consists chiefly of the vulgar.”

“…he who seeks to deceive will always find someone who will allow himself to be deceived.”

He thought of most people as simple-minded (vulgar) and could easily be deceived. So, instead of teaching a leader to use force on their own citizens, which could inspire them to overthrow that leader, he taught that it was easier to deceive. This might explain why politicians almost never keep their promises. They can lie about what they will provide and get away with it almost every time.

Machiavelli did not advocate being too nice to citizens, however.

“Since love and fear can hardly exist together, if we must choose between them, it is far safer to be feared than loved”

He thought it was better for a leader to be feared. This may explain why governments keep a domineering presence (e.g. surveillance, militarized police, strict punishments for crimes, etc.).

Because great leaders have been Machiavellian in the past and succeeded, it is more likely that current leaders are emulating these methods. In fact, emulation of great leaders is one of Machiavelli’s teachings.

“A prudent man should always follow in the path trodden by great men and imitate those who are most excellent, so that if he does not attain to their greatness, at any rate he will get some tinge of it.”

Today’s leaders are extremely likely to be Machiavellian from a Game Theory standpoint as well. To simplify this concept, consider a world with only two leaders. If one leader decided to follow Machiavelli’s teachings and one didn’t, the one who followed the teachings would have the upper hand. So, both would have to follow his teachings to cancel out the advantage.

“Any man who tries to be good all the time is bound to come to ruin among the great number who are not good. Hence a prince who wants to keep his authority must learn how not to be good, and use that knowledge, or refrain from using it, as necessity requires.”

The only way to combat these unethical politicians is with knowledge. We must understand the game being played and rise above it. We must shine the light of truth on these devious creatures.

See also  Boris Johnson Poster Child for Morally Corrupt Politicians?
See also  When will the American people realize that their politicians don't care about them?
4,012 views