A new survey has revealed that users of online loans are predominantly young females. Are women more impulsive than men? Do they have a different relationship with money than men do? 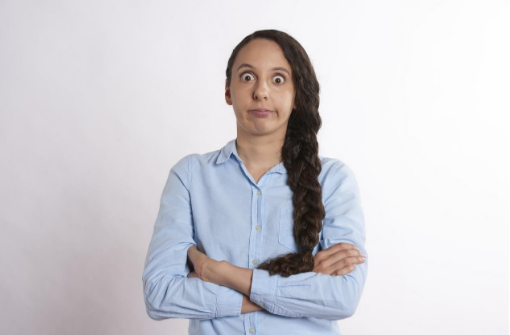 The battle of the sexes is never far away, however, this time it comes in the form of claims young women are more reckless and using emergency loans more than that of their male counterparts.

The lenders of emergency payday loans will serve up to you quick cash solutions to crisis scenarios, from broken down boilers to front-doors that have fallen off. But why are more women than men using these services?

For years we have been told that men need to show their emotions more. But could emotional spending actually be the source of the results?

Spending is a young person’s game

Spending money for fun and comfort may be fine when you’re young. So, what if you get a payday loan and buy three great pairs of shoes before you’ve even earned the money? You can live on cheese on toast and martini olives until the next paycheque. But for most women, the arrival of a husband and a baby or two can put money in a whole different light.

“You don’t think about what you want anymore,” says New Malden mother Lynn Bennett. “You think in terms of the future and what your kid needs.”

How We Spend and Why

“There is no typical woman with money,” says Deborah Knuckey, author of Conscious Spending for Couples: Seven Skills for Financial Harmony. “People who grow up understanding the value of money, whether rich or poor, male or female, will be responsible with it. And a lot of times, parents have difficulty teaching their kids about money because they don’t know about money themselves.”

But in general, Knuckey and other experts agree, young boys and girls get different messages about money.

“Parents tend to emphasise to boys the importance of earning money and being financially independent,” Knuckey says. “They tend not to teach that to the girls at all.”

The lack of financial education can make women uncomfortable with finance issues, according to Ginita Wall, director of the Women’s Institute for Financial Education.

“Women see money as an enemy and not as a friend,” Wall says. In a focus group she conducted recently, only three of 10 women had positive feelings about money. Two of the women learned about money from their fathers, and the other watched her mother manage the family’s finances.

But sometimes, women do see money as a friend or at least as a pretty good substitute. While the phrase “retail therapy” may be meant as a joke, women are still more likely to shop for recreation, to alleviate boredom or to boost their mood.

“Money and emotions are closely tied together, and it really shows,” Wall says. “We get intertwined with those money issues, and men are much better at compartmentalizing.”

Because of the emotional lift that shopping gives women, they tend to do it more often. In a 2000 study done by an Iowa State University researcher, about 36 percent of women impulsively buy things they don’t need, compared to 18 percent of men. The same study shows that women are more likely to say that money interferes with their personal relationships and that they are more likely to consider shopping to be an event.

“I have a friend who went into a department store with her husband to buy him a pair of shoes,” Wall says. “Just as they walked in, she saw a shirt and said, ‘Honey, this shirt would look really good on you.’ And he just gave her a blank stare and said, ‘But we’re here to buy shoes.’”

Wall says, half-joking, that there may be prehistoric roots to the way women shop. “Men have more of a target focus: ‘We’re here to hunt pants.’ But women are more like gatherers, surveying the whole scene.”

But no matter what the psychological justifications for spending, poor decision-making can still lead to debt trouble.

Differences in spending styles tend to be expressed when couples divide their financial responsibilities. In general, wives tend to be responsible for household discretionary spending like bills and groceries, while husbands manage investments and big items, like the mortgage. This division can result in the stereotype that women are frivolous spenders.

“Women buy a lot of the things their families need and that enhance the family’s life that men might see as frivolous,” Wall says. “More the parsley on the plate, rather than the meat and potatoes.”

Wall says this can also put women at a disadvantage in the long run. Previous generations retired with company pension plans, but a modern family’s future depends on good investments. If the wife’s only responsibility is spending, she may not understand the broader picture of the family’s finances if there is a death or divorce.

Although only anecdotal evidence, The Nuffield Foundation statistics are revealing. The percentage of divorced and widowed women who needed credit counselling was higher than their male counterparts in every age group. More than half of the women over 65 who needed help were divorced or widowed, while only 10 percent of men were in the same category.

But women can make the arrival of their children an opportunity to get spending under control and make up for what they don’t know about long-term planning and investments.

“When women become parents, they can use that as a way to step back and see what they are doing with money,” Knuckey says. “You go from feeding two mouths on two incomes to feeding three or four mouths on one or one and a half incomes.”

Wall says that many women sober up about money when they get pregnant. “Women’s relationship to money does change when they have children,” she says. “For a lot of women, that’s when they become serious savers. Secondly, they often stop spending on themselves. They’re spending on their children, and with so many cute things out there to buy, they are sometimes spending more.”

Wall does say, however, that even with children, recreational spending isn’t necessarily a bad thing as long as savings goals are still being met.

Bennett, now a single mother to her daughter, says her approach to money changed when she became pregnant, but her husbands didn’t. If they didn’t have enough money for milk and nappies, she would panic. At the same time, he often switched jobs and made decisions based on what he wanted, instead of what the family needed.

“I was definitely more responsible, I stopped using credit, avoided emergency payday loans and switched to planning/saving. This did make being with someone who was irresponsible that much more difficult,” she says. “He thought I was obsessed with money, but I wasn’t. I was obsessed with not having it.”